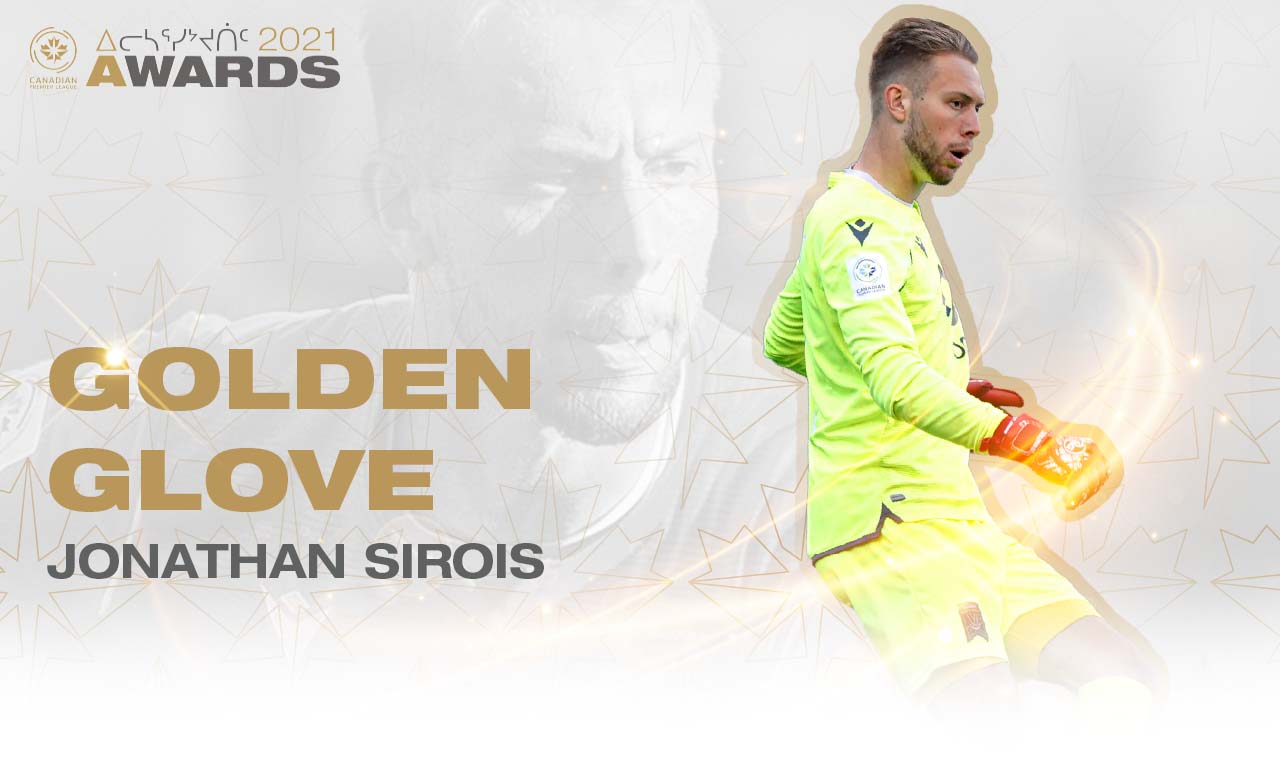 Valour FC goalkeeper Jonathan Sirois was named Canadian Premier League Goalkeeper of the Year at the 2021 CPL Awards Tuesday in Toronto, Ont. following a stellar season on loan from MLS side CF Montreal.

Sirois, 20, led Valour from the back, starting with an impressive run at The Kickoff – CPL’s season-opening bubble event – where he set a CPL record with five consecutive clean sheets as the hometown side surged into first place.

The Québec native went on to record a staggering 2,160 minutes between the pipes in 2021 – most of any under-21 player on the season – where he recorded the most saves (94) and clean sheets (nine) among CPL goalkeepers. His work was, unfortunately, not enough to get Valour into the playoff places as a draw on the final matchday saw Phil Dos Santos’ side fall out of the top four.

“I never really envisioned winning the award – it wasn’t my focus,” Sirois said after winning the award. I was literally coming into this league with the sole purpose of getting playing time.”

“If I look back throughout the whole season, I’m just very happy because I achieved the goals that I put out for myself.”

Sirois had been part of the Montreal youth set up since 2015, spending time with the academy and U23 squad before becoming Valour’s 18th signing of the season this Spring.

Sirois captured the award, judged by a panel comprised of media writers and reporters from across Canada, over the two other nominees and former golden glove winners: Triston Henry of Forge FC (2020 winner) and Marco Carducci of Cavalry FC (2019 winner).