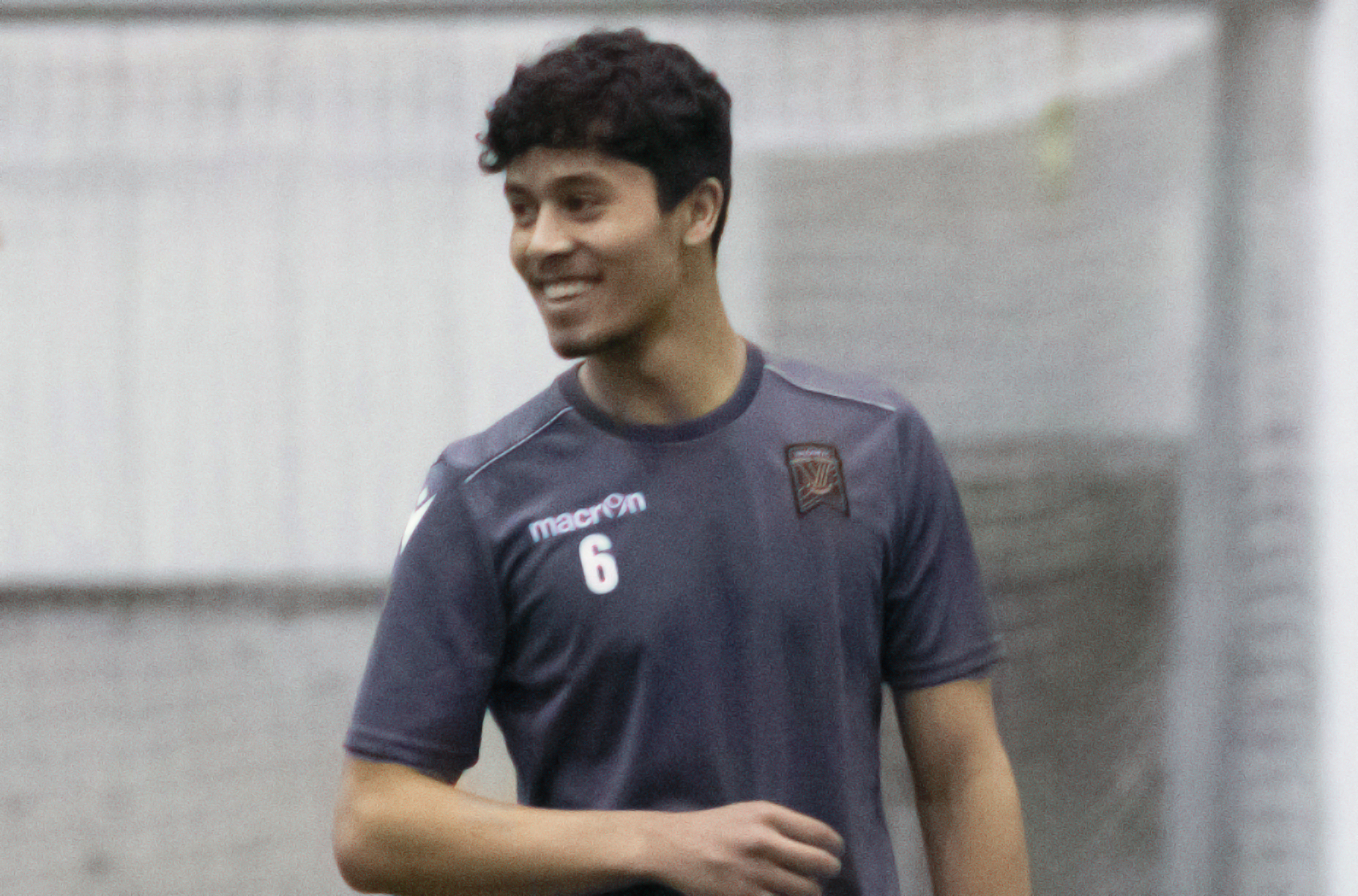 A New Zealand international whose previous club experience was in Norway, Valour FC newcomer Moses Dyer was bound to eventually find his way to North America.

Playing for the Kiwis in a pair of 2016 international friendlies against Concacaf powerhouses Mexico and the United States left a lasting impression on the midfielder.

“Those matches were the best footballing experiences I’ve ever had in my life,” Dyer told CanPL.ca, recalling the time that New Zealand’s national team embarked on a tour of the U.S.

“Against Mexico (there were) 40,000 screaming Mexican fans,” Dyer said before chuckling. “Man, that was unbelievable to stand there.”

Dyer came on in the 71st minute against Mexico at Nissan Stadium in Nashville that summer. But even though he was only 19 at the time, it wasn’t his first trial-by-fire opportunity with the All Whites (more on that later).

“When I came on, I tried to stay away from the pressure. I tried not to overthink things at the moment. It was just another game, but with an amazing atmosphere,” Dyer recalled.

Now 23, Dyer – who can play as a winger and forward – has 11 caps for New Zealand, and he arrives in Winnipeg after spending the past two seasons with Norwegian third-tier side Florø, racking up eight goals and three assists across 26 appearances.

Dyer has fallen off the All Whites’ radar in recent times, with his last appearance for his country coming in June 2018 when he scored an 86th-minute winner over India. It’s an interesting reversal of fortunes – an international player comes to Canada to reignite his national team career. Canadians are accustomed to players travelling abroad for the same purpose.

Dyer signed with Valour this off-season after being identified by the CPL’s centralized scouting system of young internationals (age 23 and under), which is run by the league’s soccer operations department and the 21st Club, a world-class data and analytics group. He had only a short pre-season with Valour before COVID-19 self-isolation was implemented.

“The short-term (goal) is getting as many games as possible,” Dyer said of coming to the CPL. “Obviously that’s hard with the current scenario.

“Short term, and all I can really do is think in the short term, is to stay fit and play, play, play.”

Those matches against Mexico and the U.S. are just the tip of the international iceberg for Dyer, who has played World Cup qualifiers in far-flung Oceania nations such as the Solomon Islands, Fiji, and New Caledonia. Travelling to the U.S. for those friendlies took two days, with delays and missed flights included.

“Those were taxing flights, the airports aren’t great, sometimes you have to wait quite a while to travel,” Dyer admitted. “The whole experience just fades away knowing I’m playing for the national team. It made everything good in your eyes. Leaving to play for my country in a World Cup qualifier or a friendly, it makes me excited just to say it.”

‘I was really bad’: Dyer on humorous New Zealand debut

At age 18, he was thrust into a New Zealand camp as an emergency call-up, and made his international debut in 2015.

Dyer was, and this is his quote, “really bad” during that first stint.

“Before this, I had only ever played in the National League in New Zealand, which is as professional as that level can be,” Dyer began. “I had never experienced such a top-level environment. I was in shock the whole time, even at the hotel when I got there.

“The coach somehow believed I wouldn’t get swooped up in it all. He knew I wouldn’t feel pressure training with some of these players, like Chris Wood. I didn’t feel the pressure… but I was so bad.

“The last training session went really well and I thought, ‘alright, at least I can take this.'”

The last thing Dyer expected was to be called in with 15 minutes to go in the match vs. South Korea.

“He calls me from the bench and my jaw drops. I almost replied, ‘but I had a s–t week.’ I got about 15 minutes, which was pretty good. I did relatively well,” Dyer said before pausing, only to recount “the” moment when he was nutmegged by ex-Swansea City, Sunderland, and Newcastle United midfielder Ki Sung-yueng.

“He put his foot on the ball and just rolls it through my legs so nonchalantly,” Dyer recalled.

“It was the way he ‘megged. He put his foot on the ball and waited about two seconds for me to run toward him. That’s all anyone wanted to talk about… me getting nutmegged. I was just this young guy trying so hard… and I got embarrassed on my debut.”