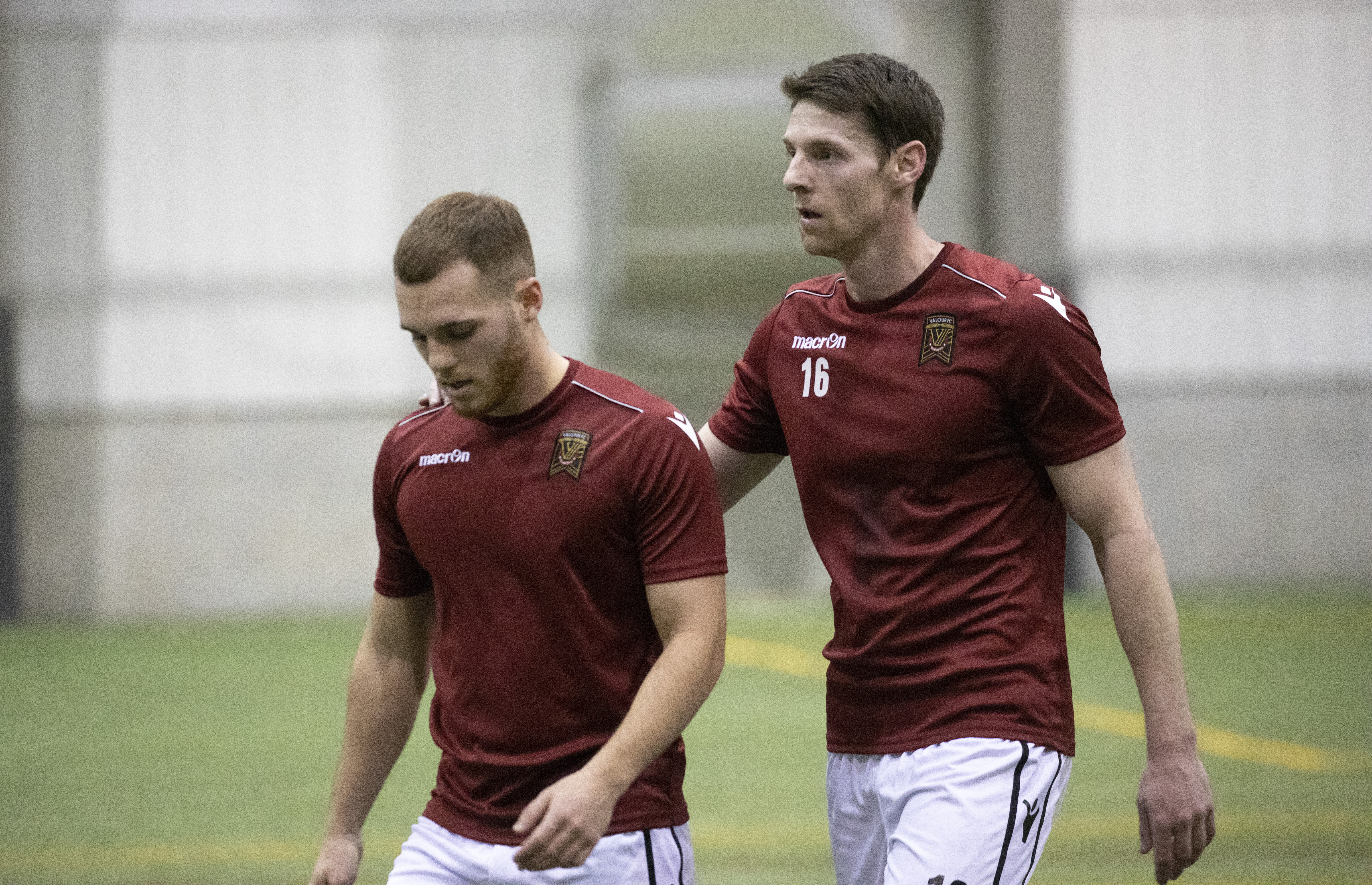 Daryl Fordyce fell back in love with soccer the only way you can in the League of Ireland – a mind-numbing game filled with epic goals, beer-throwing fans, and a pitch invasion.

Unusual, sometimes-scary football is all part of what the Valour FC attacker expected upon his return to Ireland in 2019 after over five seasons in North America, mostly with FC Edmonton in NASL.

RELATED READING: Daryl Fordyce on taking Irish sabbatical instead of staying in Edmonton

“You have to stand up for yourself,” Fordyce told CanPL.ca. “In Ireland, you get maybe one or two seconds on the ball before you’re smacked. I knew going back wasn’t going to be an easy run-out.”

Case in point: Fordyce opened the scoring in a home game for his former club Sligo Rovers vs. Shamrock Rovers with a wicked left-footed, top-of-the box smash – his first in his storybook return to Ireland. Then the shenanigans, which were properly recorded in the match highlights, came to life.

“I scored that great goal, Shamrock equalized, then we responded with a wonderful free-kick,” Fordyce recalled.

“The goalscorer ran over to the Shamrock Rovers fans celebrating and I remember this beer can flying over my head. One of our players picked up the beer and starts drinking it. Suddenly there was a fan on the pitch trying to pick a fight.

“That’s Ireland for you.”

Whether that toughness helps you overcome mental obstacles or the odd irate fan, it’s been helpful for the Belfast-born Fordyce, who started his career with English club Portsmouth before amassing over 260 appearances in the Northern Irish Football League (not to be confused with the League of Ireland) with Glentoran and Linfield.

“Back home there’s always a boxing club round. A lot of kids would get into the gym to learn to get the gloves, get the helmet, and start fighting. Growing up back there taught you to be tough, especially mentally tough,” Fordyce said.

Fordyce encountered Canadian international Kris Twardek at Sligo. He lauds the young winger, who has since moved to Bohemian FC, for cutting a tenacious figure in Ireland, emerging as one of the rough-and-tumble league’s breakthrough stars.

“He has the speed, the stamina, skill, he has all the attributes to be a top player – he could easily be in the English Championship or Scottish Premiership,” Fordyce prognosticated.

“I saw him in the span of five months improve so much, even this off-season improvement was dramatic.”

Toronto-born and Ottawa-raised, Twardek has two caps for Canada and was last called up by John Herdman in March 2018. When asked if Twardek doesn’t earn enough credit on this side of the Atlantic Ocean, Fordyce is quick to mention his situation as an attacking player in the Irish league.

“Each country has a style of play. Creating space is so difficult in a league like that. The way he’s stood up to the defending has made these performances even more impressive,” Fordyce offered.

“One of our centre-backs didn’t like him there. This defender would smash into him in training over and over, and Kris would get up and go right back into it and score three goals.

“I think he can play at a much higher level.”

Looking back, Fordyce recalls another Canadian who crossed his professional path overseas: current AC Milan goalkeeper Asmir Begovic. A 16-year-old Begovic arrived at Portsmouth in 2003 – straight from Edmonton to playing alongside Fordyce in a Premier League club academy.

“The boys were in awe – he was already six-foot-five at 16,” Fordyce recalled.

“As a joke, someone asked if he was a ‘keeper. He said, ‘yeah I’m a goaltender’. The whole room burst out laughing. We’d never heard someone say ‘goaltender.'”

Begovic was a raw footballer linguistically as well as technically, according to Fordyce, who watched the future Bosnian international grow into a Premier League-calibre ‘keeper.

“He played a game and he wasn’t very good, coming for crosses was an issue, so was his kicking. But his shot-stopping was excellent. Our coach was so confident they could develop him. He was already tall at 16, his dad was a professional ‘keeper as well,” Fordye said.

“He worked under the first team goalkeeping coach, came back six weeks later and was outstanding.

“I just remember calling my dad after and saying, ‘we just signed a Canadian and he’s gonna be one of the best goalkeepers in the world.'”