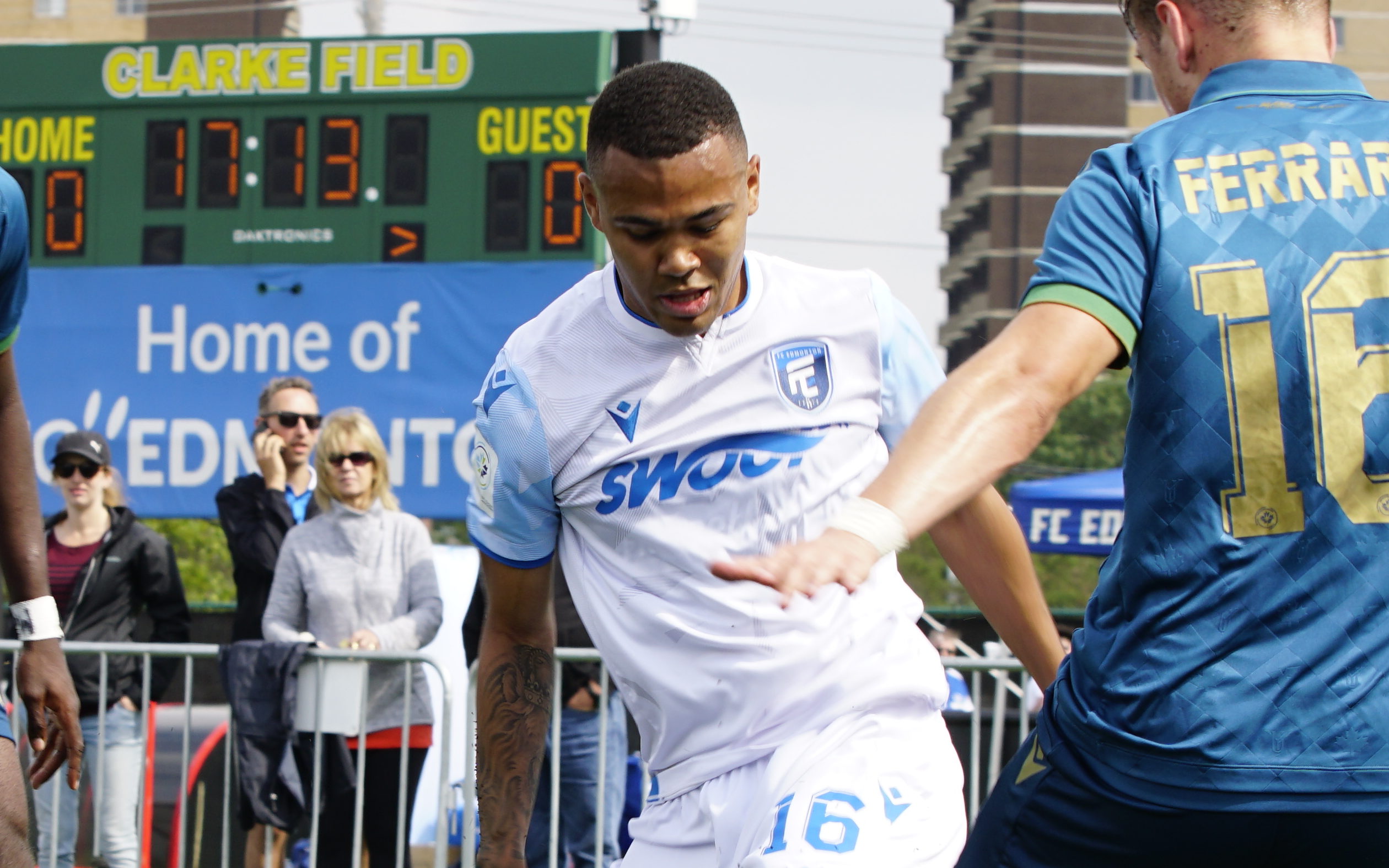 Langley, BC – (January 24, 2023) – Vancouver FC today announced the signing of fullback Marcus Simmons, who joins the squad ahead of his sophomore season in the Canadian Premier League.

Simmons, 22, becomes the eighth player announced as part of Vancouver’s roster ahead of the club’s inaugural season in 2023.

The native of Edmonton, Alta. signed with his hometown club, FC Edmonton, in March 2022. He made 24 league appearances for the Eddies, logging one assist. Simmons, who has previously played as a striker at the university level, proved himself to be a dynamic player no matter where he lined up on the field, with a forward-thinking mentality that keeps him involved in his team’s attack as well as its defence.

“I am excited for this new opportunity with Vancouver FC,” said Simmons. “I learned valuable lessons last season about what it takes to be a professional player and I look forward to applying that insight when representing Vancouver.”

Simmons made the jump to the Canadian Premier League from York University, where he helped the Lions to an Ontario University Athletics silver medal in 2021. His university-level playing days began with the MacEwan University Griffins in Edmonton in 2018 and 2019.

Simmons earned his first professional contract when he impressed in the Eddies’ pre-season camp with his work rate, mentality, and technical skill, which he will now look to showcase for Vancouver.

“We are pleased to welcome Marcus to our group,” said Afshin Ghotbi, Head Coach, Vancouver FC. “Marcus showed promise in his first season as a professional and we believe there is even more to come for him as he begins to work in this new environment in Langley.”

“By signing Marcus, we are adding another young Canadian player full of potential,” said Rob Friend, President, Vancouver FC. “It is exciting to look at the group of players we have already assembled and see the opportunity there, not only for success in the Canadian Premier League but to play our part in growing the Canadian game as a whole.”