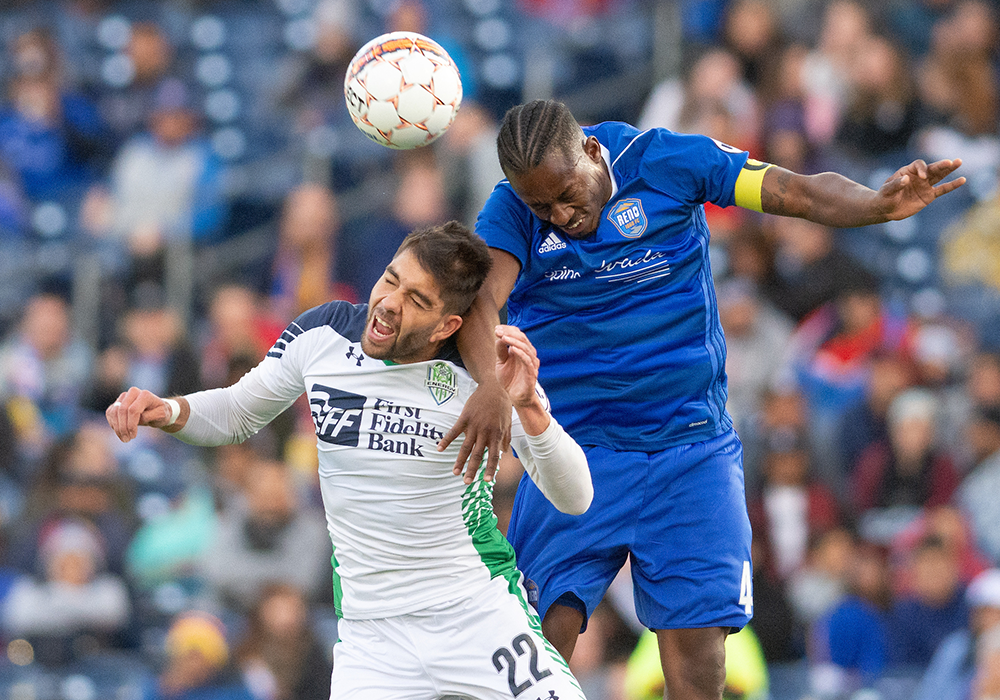 TORONTO – Homecoming is the theme across Canada as local talents return from all over the world to play in the Canadian Premier League.

But for Valour FC’s freshly-signed duo of Jordan Murrell and Glenn Muenkat, exploring that sentiment meant joining a club in a city neither were familiar with before Tuesday.

Markham, Ont.-raised Murrell, 25, and Ottawa-native Muenkat, 20, aren’t from Winnipeg, and most recently plied their trades in the United States and Germany, respectively, before making the switch back to Canadian soil.

In fact, Gale is the reason the two said joining Valour FC was “a very easy decision.”

The duo have worked with Gale at the Canadian youth international level, and while Murrell and Muenkat point to a budding soccer culture in Winnipeg as another drawing factor, the duo are most eager to reunite with Gale, now their head coach once again.

“I know Winnipeg’s all about their sports teams and having an amazing fanbase out in Winnipeg is definitely an incentive to go out there and perform at their best,” Murrell said in a conference call with media on Tuesday.

“Knowing Rob and his work ethic, and improving my work ethic to match his and everyone else’s on the pitch, it just seemed like a great fit and that’s exactly what made my decision very easy.”

Muenkat added: “It’s always easy to talk to (Rob). As a coach, he understands where you’re coming from as a player.

“Rob has always put a lot of confidence in me so I thought working with him again to improve would be the best option for me, and that’s why I chose Winnipeg.

“I’ve never been to Winnipeg, so for me, (what helped my decision) was the fact that I’ve always enjoyed Rob Gale’s philosophy for the game when I was with him during the national team camps. The way he likes to play suited me, so I thought this would be a great opportunity for me to go learn new things in a new culture. That’s why I joined Valour FC.”

Gale won’t be the only familiar face at Valour FC, though.

For Murrell, who last played with Reno 1886 FC in the USL, a move to Winnipeg means reuniting with another friend in Skylar Thomas, the club’s first signing.

The two played side-by-side at Syracuse (NCAA) before being drafted in the 2015 MLS SuperDraft, and now regroup with loftier goals and ambitions.

“Skylar and I have a close relationship,” Murrell said. “I was just telling this story the other day, we actually met in Costa Rica at a U-18 (Canadian national team) camp.

“We’ve ‘grown apart,’ as in we’ve played in different places, and now to be reunited with one of my close friends is great. The chemistry will be there and we’re looking to improve our talents and our tenacity on the field.”

Curiously, Muenkat will have a chance to finally get to know Pacific FC’s Kadin Chung as an opponent – the two played for the same German outfit, though their paths never crossed between the U-19s and the senior reserve team.

Ultimately, connections new and old will be forged across the league when the CPL kicks off in April, and while the two were clear they’d be focusing on Valour FC, the adventurous aspect of trailblazing into the unknowns of a new league weren’t lost on them.

“I always thought that Canadians need to do their own thing to improve,” Muenkat offered.

And it’s just getting started.