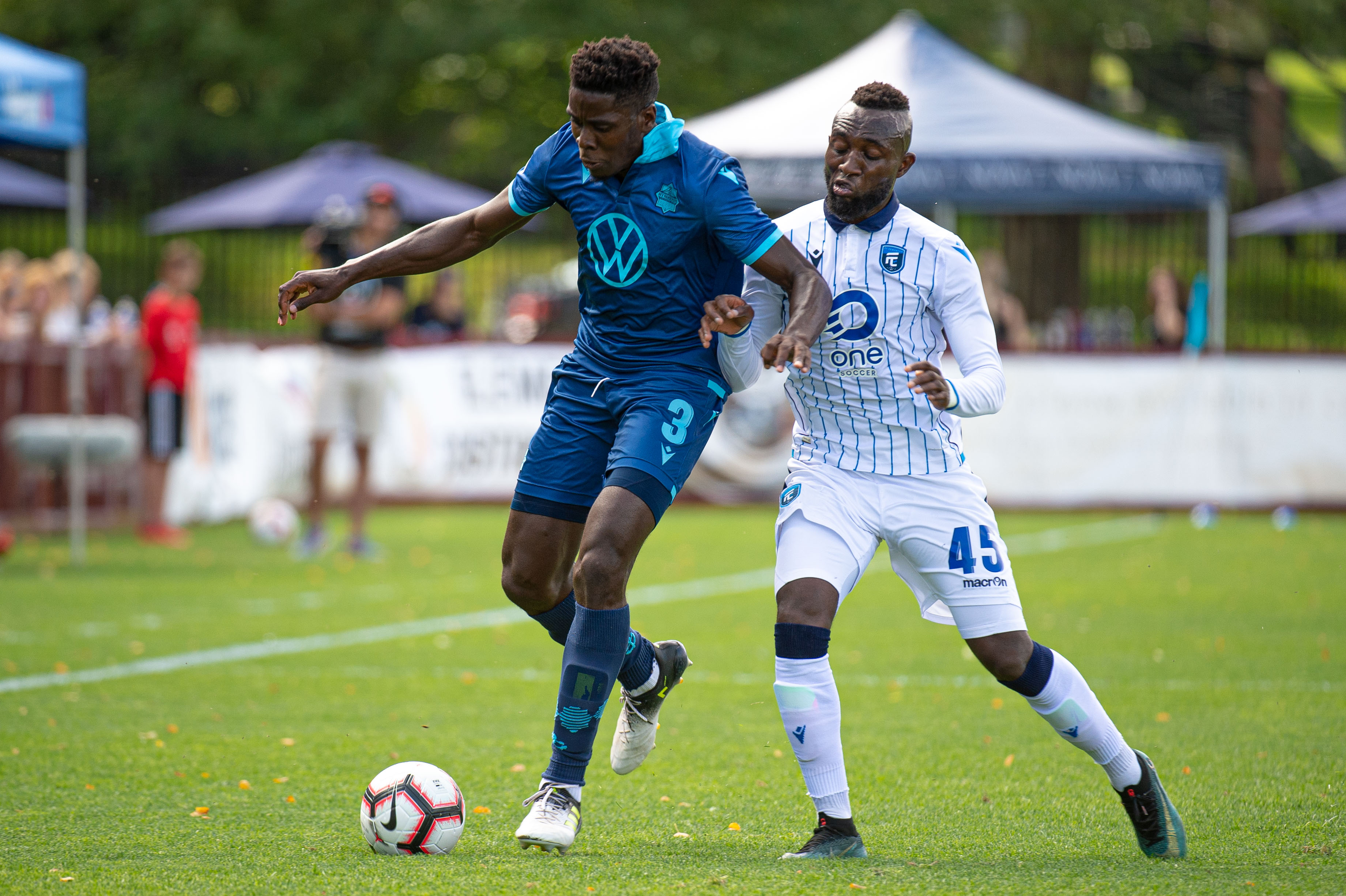 HALIFAX – It’s no secret that visiting Halifax to play at the Wanderers Grounds is a tough task for any opponent.

FC Edmonton were the last remaining CPL side to play the on the home turf of the HFX Wanderers and found it lived up to its reputation with in a 0-0 draw on Sunday.

“I’m satisfied … and our players had to grind that out for 90 minutes to get a result,” said Edmonton head coach Jeff Paulus.

“There’s a reason why only Calgary has come here and had success. This is a tough place to play for our players.”

Both teams leave the Labour Day clash with a single point and varying levels of satisfaction and disappointment. The Wanderers remain at the bottom of the Fall Season standings with FC Edmonton staying behind both Cavalry and Forge.

“I think that any time that we’re not getting three points, we have to see it (as a missed opportunity) now because, you know, we’re in third place,” said Paulus.

“We’re trying desperately to catch Cavalry and Forge. So any time you don’t get three then you consider it a lost opportunity.”

The Edmonton coach also gave credit to the Wanderers, aware of the lopsided shot total. FC Edmonton finished with one shot and none on target while the Wanderers fired 14 shots with five on target.

“And that Halifax team probably deserved better at the end of the day. That’s why I can’t be too upset that we’re getting a point because we’re probably lucky to have it,” said Paulus.

“We’ve proven over the course of the season this is a very tough place to play and a lot of teams have had a hard time taking points off us here,” said Wanderers goalkeeper Christian Oxner. “A point for Edmonton, they’ll be happy with it and the way they played and limited our chances, they’ll be happy with. And I think we’re the team that will go away disappointed because whenever we play here, we want to win obviously.”

Oxner in nets was one of four changes to the starting XI compared to the team that faced Valour FC in a 2-0 away loss on Wednesday.

“I thought my players gave everything. They put their heart and soul into the game,” said HFX Wanderers coach Stephen Hart.

“I can’t fault any player today on the field. I thought everybody was on their game, did their role. I was very proud of them. Of course we didn’t score but we created more opportunities than we have in a long time and we kept one of the top scoring teams off the scoreboard.”

This included holding Easton Ongaro, currently third in CPL scoring with six goals, off the stat sheet. Despite the lack of production, Jeff Paulus saw this game as a positive experience for his young striker.

“They played Easton Ongaro very physically today,” said Paulus. “I think this is a great education day for Easton and his development as a professional footballer. Now he’s got to learn to do things with his body and stepping into defenders to create space for himself now.”

Three yellow cards were handed out in the first 25 minutes, but both teams showed discipline the rest of the way with no further bookings.

“It was really intense but it’s football,” said Wanderers forward Akeem Garcia. “You have to adjust to it and you have to do your best to protect yourself and just play the ball.”

Garcia, along with Mohammed Kourouma, led the HFX Wanderers attack with three shots each although Garcia was the only one to manage a shot on target.

“I think we didn’t finish well today, although we got our chances. But we just have to keep building on our performance and the chances will keep coming,” Garcia finished.