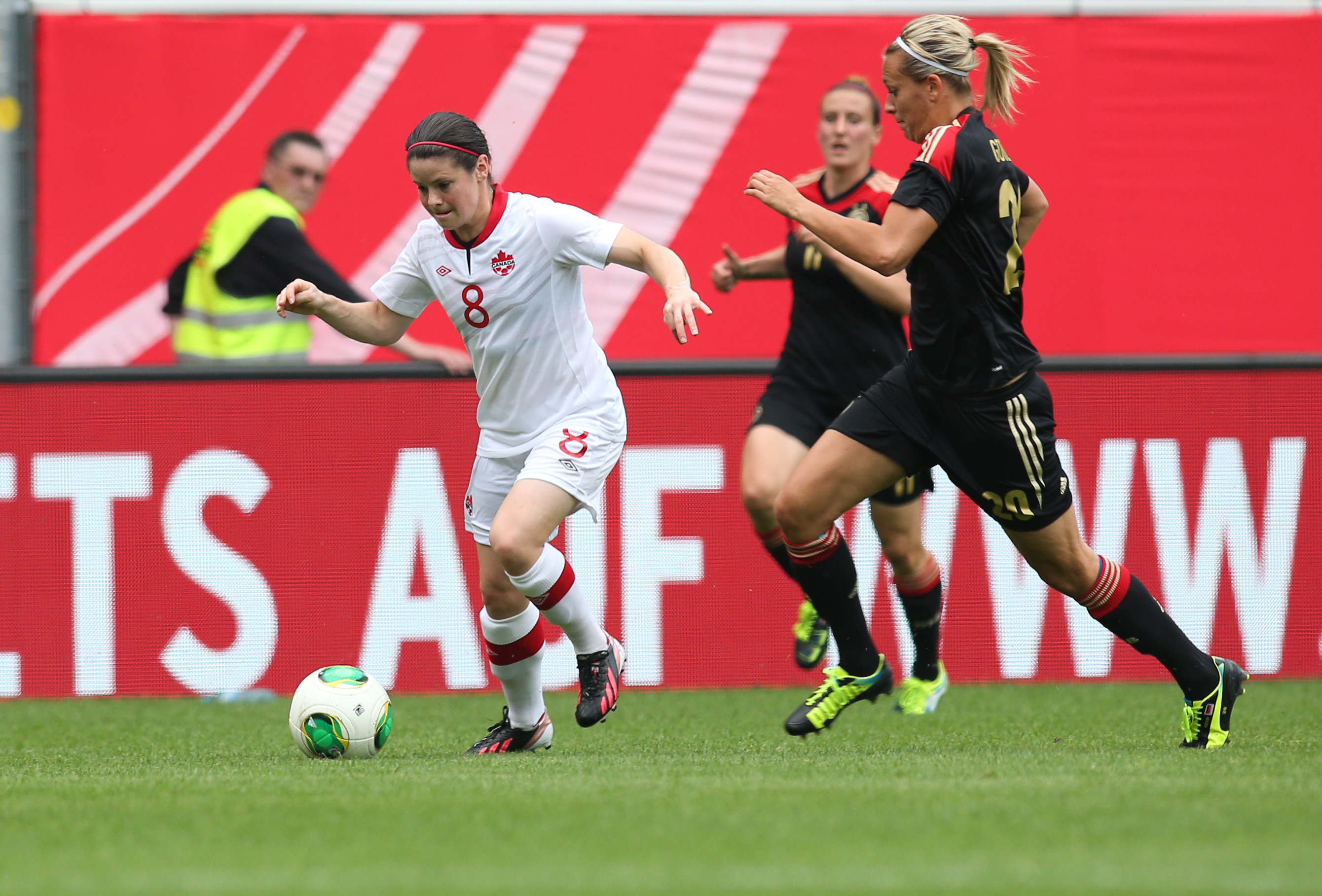 Canadian coach Kenneth Heiner-Møller on Wednesday announced his 23-player roster for an upcoming invitational tournament in Yongchuan, China that will serve as preparation for the 2020 Concacaf Olympic qualifiers. Included in Canada’s squad is Christine Sinclair, the team’s iconic captain.

But missing from the fold are Matheson (203 caps) and McLeod (118 caps). They both sat out this past summer’s FIFA Women’s World Cup in France due to injuries, and previously played for Canada at the Algarve Cup in February.

Last month, Heiner-Møller confirmed that both players suffered recent setbacks in their respective recoveries, but that he remained hopeful they’ll be available for Olympic duty next summer, should Canada qualify for the 2020 Tokyo Games.

Some good news for Canada is the return of forward Nichelle Prince, who sat out an international friendly against Japan earlier this month after undergoing knee surgery in July. Prince (11 goals, 53 caps) scored in Canada’s 2-0 win over New Zealand at the World Cup in France.

Canada’s roster for this invitational tournament in China features the majority of players who were part of the World Cup squad this summer. A newcomer is Olivia Smith, a 15-year-old midfielder who has earned her first national team call-up.

Sinclair’s quest to become the all-time leading scorer in international women’s soccer will continue in China.

A 36-year-old native of Burnaby, B.C., Sinclair has scored 182 goals in 287 appearances since making her national team debut as a 16-year-old in 2000. She needs just two goals to tie retired U.S. star Abby Wambach’s scoring mark.

Sinclair has been stuck on 182 goals since scoring against the Netherlands in Canada’s last group-stage match at this summer’s FIFA Women’s World Cup. It was her lone goal of the tournament.

The four-nation, single-elimination competition sees Canada play Brazil on Nov. 7, while China takes on New Zealand. The winners will then square off in the final on Nov. 10, while the losers will meet in the third-place match on the same day.

The tournament will allow Heiner-Møller to prepare his team for the Concacaf Women’s Olympic Qualifying competition, which will take place in early 2020.

This will mark Canada’s third appearance in the four-nations invitational tournament in Yongchuan, the last time coming in 2013 when the Reds defeated China before losing to South Korea.

Canada has recent history with each of three teams in will face in China, including a win over New Zealand in the group stage of the 2019 FIFA Women’s World Cup in France.

Canada’s last game was a 4-0 road loss to Japan in an international friendly on Oct. 6. Heiner-Møller’s side boasts a record of seven wins, three draws and three losses in 2019.