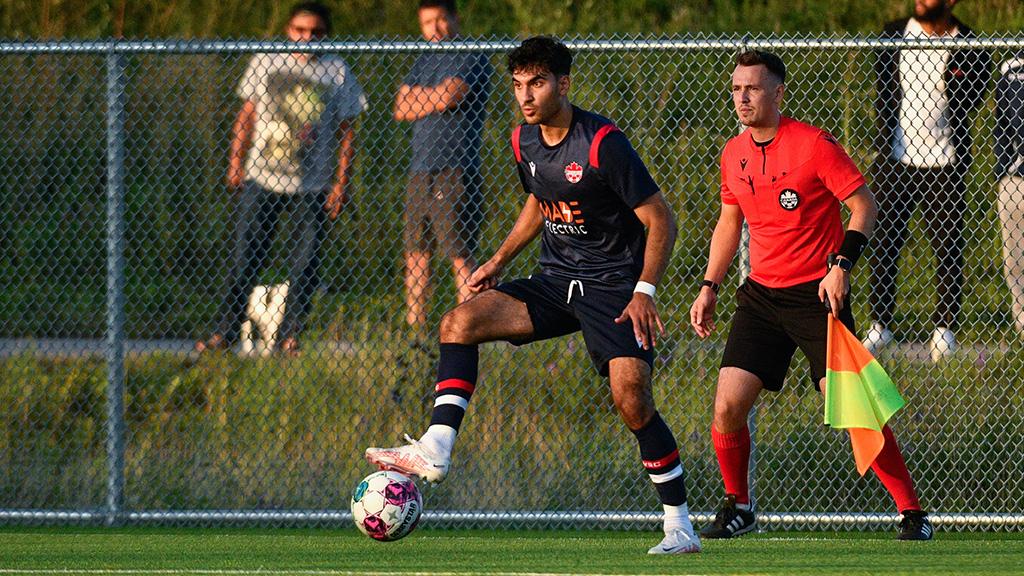 The Halifax Wanderers have signed Canadian forward Massimo Ferrin to a contract through the 2024 CPL season with a club option for 2025.

Ferrin, 23, joins the Wanderers after a dominant season with Vaughan Azzurri in League1 Ontario, where he played under current Wanderers head coach Patrice Gheisar. In 15 regular season games, he scored 23 goals to capture the Golden Boot and league MVP. He added another goal in the playoffs during Vaughan’s undefeated run to the championship.

“I’m extremely excited to join this team, I’ve heard great things about Halifax and especially the fans; I can’t wait to get started,” Ferrin said. “Wanderers fans can expect an energetic, attacking-minded player that’s coming in looking to help this team win.”

The Mississauga native played south of the border in both the NCAA and USL. In 2018 and 2019, Ferrin was a vital member of the Syracuse Orange — who this week secured their first-ever NCAA National Championship — scoring 12 goals with 11 assists over two seasons. Before that, Ferrin’s college career began at the University of Alabama/Birmingham, where he was named team MVP in 2017 after leading his side in scoring.

“Massimo is an intelligent footballer with a high ceiling, a consistent player who has the ability to create magic,” Wanderers head coach Patrice Gheisar said. “His ability to use his teammates is what makes him different. He has the highest desire to win, and I look forward to seeing his further growth.”

In 2020, Ferrin signed with Loudoun United in the USL Championship, making 21 appearances for the side. He also played in a friendly match for Loudoun’s parent club, D.C.United, scoring the lone goal in a 1-0 victory over Alianza FC from El Salvador.

Throughout his playing career, Ferrin has become known as a dead-ball specialist on both corner kicks and free kicks.

“Mass is a player we’ve tracked for several years, given his impressive record in NCAA and USL,” sporting director Matt Fegan said. “He’s consistently proven he can contribute goals and assists from different positions across the front line as well as from set pieces which is an area

we’ll be looking to improve our efficiency in next season. Unsurprisingly, he was a top target for several clubs around the CPL this off-season.”

Ferrin’s signing adds to the continuing list of talent in League1 Canada that has caught the eye of Canadian Premier League sides and earned a professional contract.

“Massimo is a top talent and, just as importantly, he is a top quality person,” League1 Canada President Dino Rossi said. “When I put a League1 Ontario champions medal on his neck in September, I told him I had full confidence that was the last match he would ever play in our league. We are all very excited to see Massimo resume his professional career with the Halifax Wanderers, and I am confident he’s going to have success in the CPL, following in a long line of other successful League1 alum.”