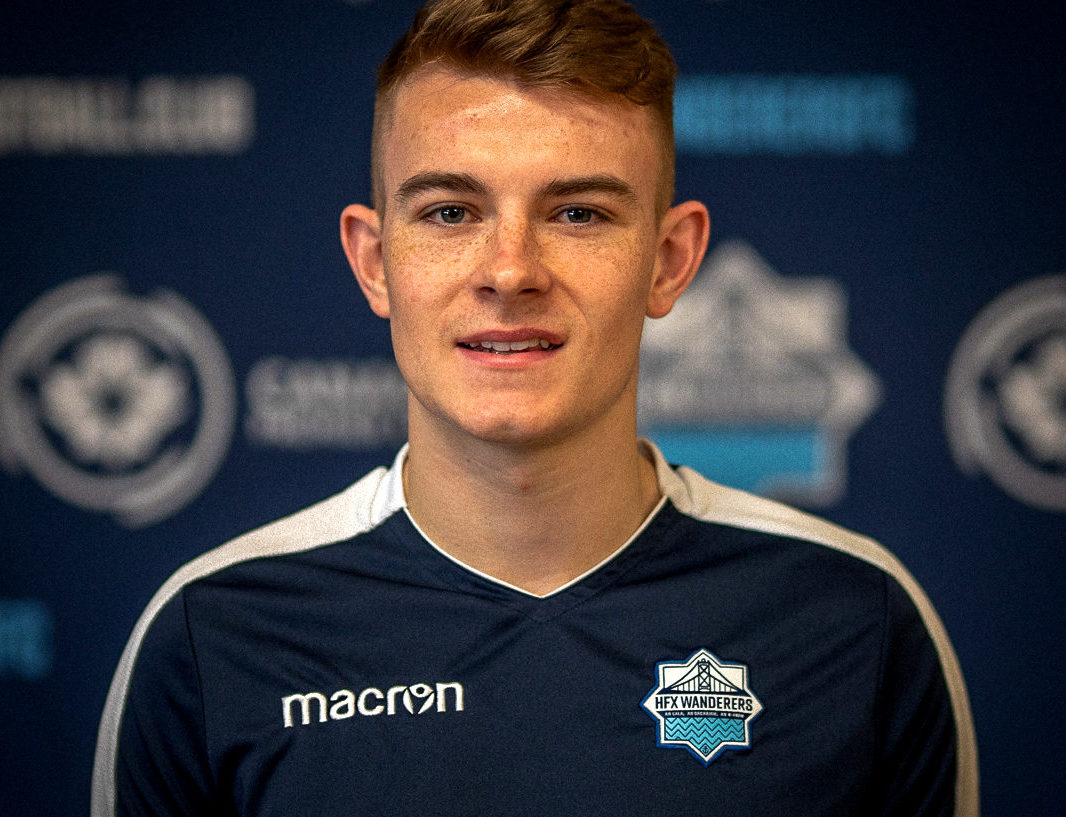 HALIFAX — Elliot Simmons has already travelled the world in pursuit of his soccer dreams.

Born in Luton, England, Simmons and his family emigrated to Ottawa at the age of five, then went back to England when he was 12. While in England, he was on the radar of some of the top clubs in English soccer and played with the MK Dons’ youth academy. Then, he went to Spain. Then to Sweden, before a transfer to Finland.

“When you spend quite a bit of time away where (English) is maybe not the first language, it does sort of rub off on you a bit and maybe you do feel a bit more homesick because you can’t have the same laughs or do the same things with teammates.”

Another reason for coming to the CPL, and in particular Halifax, is the chance to play for Wanderers coach Stephen Hart.

“Obviously (Stephan Hart is) a fantastic coach that’s been at the highest levels,” said Simmons. “Any advice you get is going to improve you. They’ve been there, done it. You can’t ask for much more really.”

As for Hart, he was keen to make the well-travelled midfielder one of the club’s first signings after watching a handful of games.

“I liked how he kept the ball moving in midfield. He could be creative from deep positions and from further up the field,” Hart described Simmons.

“Right away I felt he was somebody I would like to have grow with the club.”

“It was a fantastic experience because it’s a big step up, coming from North America to an English academy with the best coaches and teams in the world with the Premiership. It’s a very different style of play, very technical,” Simmons said of his time in England.

Then came a move to FC Malaga City, a Spanish academy for players aged 16-20. There Simmons played against the under-19 squads of La Liga teams operating in the highest level of Spanish football. He noticed a different philosophy that permeates all levels of competition.

“Every team can keep the ball for maybe a few minutes at a time,” Simmons reflected, noting the high technical level and the ability to play different combinations.

“You can see why Spain at the top of the level are so good.”

The next phase of his European career brought him to Scandinavia. First, with the under-19 and under-21 squads for Dalkurd FF in Sweden before spending last season on loan in Finland with the senior club Mikkelin Palloilijat FC.

One obstacle that followed Simmons around throughout his youth career is something he had no control over — his height.

“I think it’s just timing,” added Simmons, who now stands 6-feet-tall. “Maybe if you waited six more months, the growth spurt happens or things maybe fall into place. It is what it is. I think it’s made me a better person, having to go the longer route or the more difficult route. You learn a lot about yourself and mentally it makes you a lot tougher as well.”

Had a great week training with the U20 Canadian team! pic.twitter.com/eOi2v2bJam

An example of his physical frame limiting his opportunities is with the Canadian national team. At age 17 and 18, he had invites to under-20 camps but hasn’t played in front of Canadian decision-makers recently.

“He was always a very slight player,” said Hart, who spoke with former Canadian international and youth coach Ante Jazić about Simmons time with the national team.

“At the time he was not physically ready yet,” Hart added. “But, I mean, in my discussions I realized he had put on a few kilos and he had grown and of course from being a slight player he always had to survive technically and be evasive. I think now he’s blossomed into quite a nice midfielder.”

“I think it would be a goal maybe in the long run, but I think the main focus for this year is to just have a good season and obviously push to win the league this year,” Simmons said.

A young, late-bloomer with a passport full of experience, Simmons very well could turn out to be an underrated gem.

“One coach might love you, one might hate you,” Simmons added. “It’s just finding the coach you fit in well with, they see your strengths rather than looking at what if, what if.”

But his current coach seems fond of him, and his impressed by what he’s seen on the field after two weeks of pre-season.

“He’s one of those players I think that’s going to grow into a leader in terms of how he plays,” Hart finished. “He trains diligently, he tries to make as few errors as possible without just playing safe. He knows when to prompt and play the ball forward, he knows when we need to keep it and I think he has the qualities to go very far.