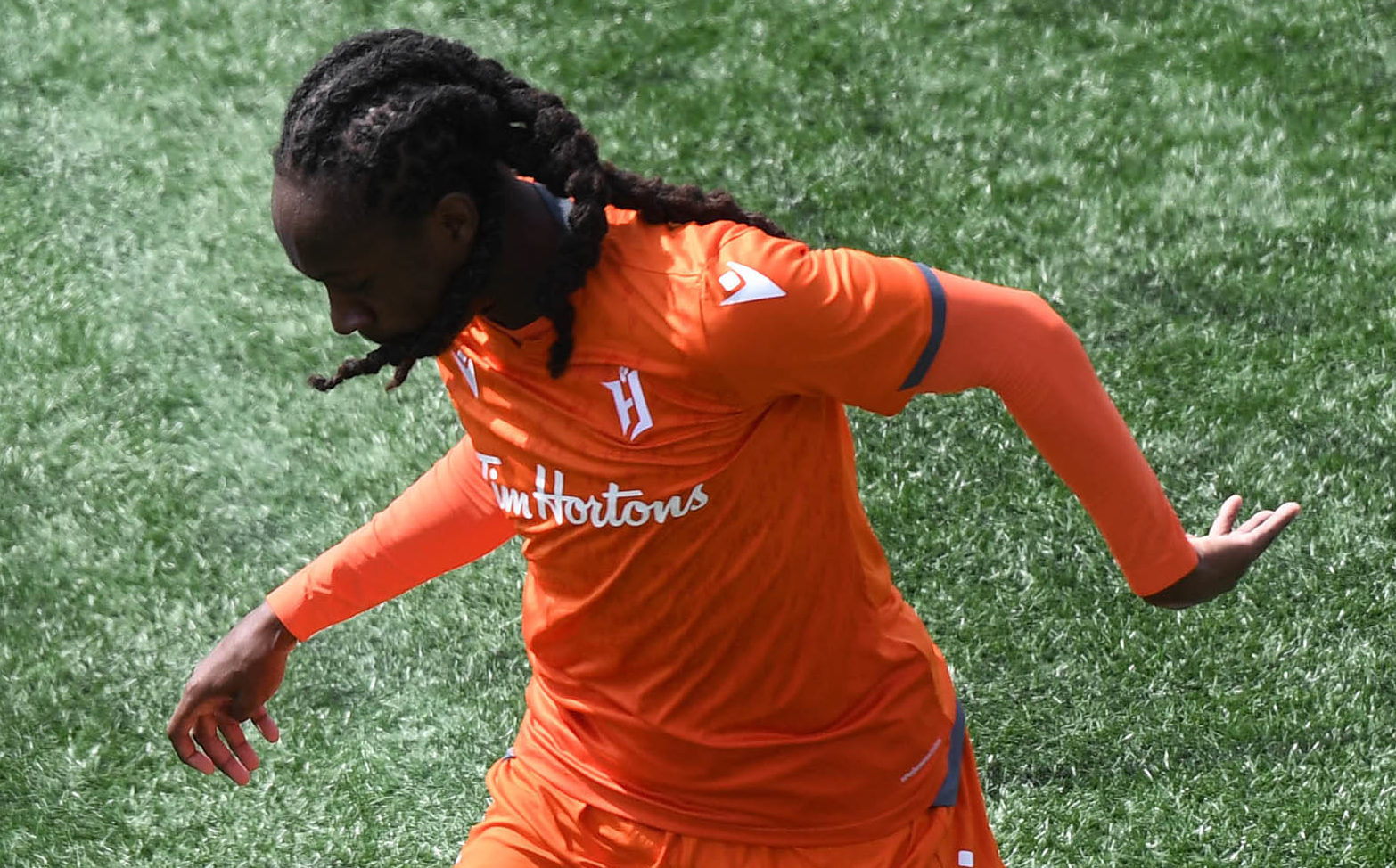 Facing sweltering heat in Southern Ontario, Forge FC and Valour FC slogged out 90 minutes of football at Tim Hortons Field on Saturday, and for those home fans in Hamilton who stayed until added time, the battle ended with a beautiful cherry on top – Kadell Thomas’ incredible solo run to goal, capping off with a cheeky chip for a 3-1 win.

? Tune in to https://t.co/hishXepRT3 for the second half.

Following the final whistle, Forge head coach Bobby Smyrniotis praised Thomas, who made his way into the match off the bench and scored what could be a Goal of the Year nominee, all on his own.

“The only thing you can do is sit back, watch it again and again, and smile,” Smyrniotis said of Thomas’ goal.

“That’s the type of player he is. He brings an X-factor to the game when he’s on the pitch. He’s been a great pro so if he works hard, he has a lot of opportunity … and that’s what we wanted from him today.”