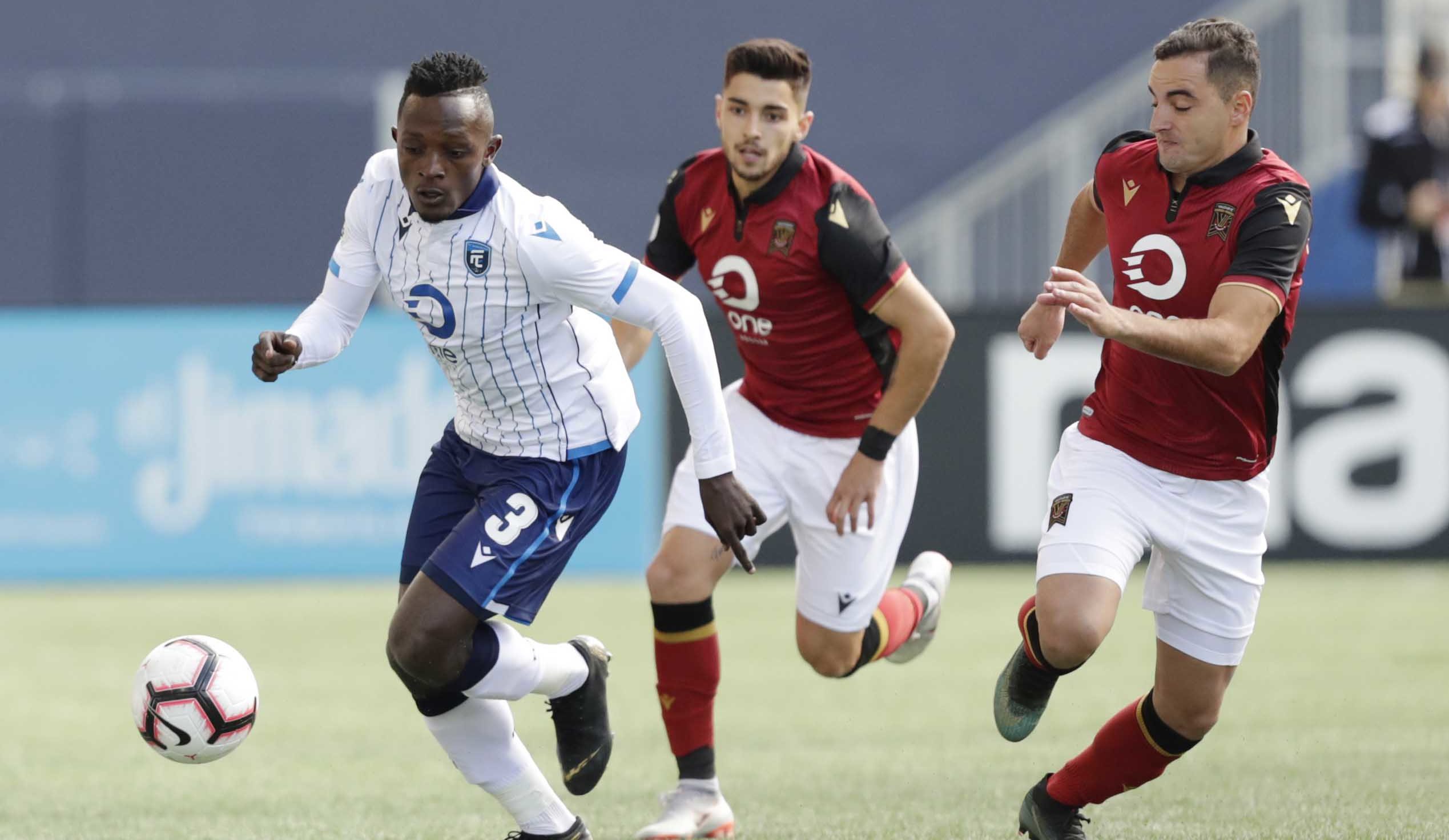 Missed opportunities will haunt Valour FC while FC Edmonton will feel pleased they took theirs after a 2-1 victory for the visitors in Winnipeg Saturday afternoon.

Mele Temguia scored in first-half stoppage time and substitute Oumar Diouck added an insurance marker at the 76th minute. Michael Petrasso pulled one back for Valour from the penalty spot in the 86th minute.

The home side had chances to take control of the match; Valour out-chanced and out-possessed Edmonton. It was a structured defensive effort from the Eddies, but the Winnipeg side will feel the game was theirs to win had they been able to finish off their attacking buildups.

“We found the key passes but we just couldn’t put the ball in the net,” said Valour FC striker Michael Petrasso, the lone goalscorer for the hosts.

It was a chance involving Petrasso and fellow forward Stephen Hoyle that could have changed the entire match. Somehow, through the mad scramble, the ball stayed out of the Edmonton goal.

“If we score first that is a different game,” Petrasso said. “But fair play to Edmonton they worked hard and caught us on the counter and they got the result they were looking for.”

Dylan Sacramento also nearly found an opener for the hosts in the first half, but one of a few timely saves by Edmonton’s Connor James instead kept the match even early.

For their efforts, Valour FC boss Rob Gale gleaned the positives of at times controlling, but not finishing opportunities in the match.

“If you play that way and we tidy up the two errors, we’ll win a lot of football matches,” Gale said post-match. “We moved the ball well, we can be more clinical in the final third, lots to build on.”

As for Edmonton, they did find the goals in key moments. Temguia found himself all alone in the six-yard box and buried the opener. A play started by the attacking savvy of Randi Edwini-Bonsu to get the ball into the Valour box. Edwini-Bonsu impressed over his 65 minutes of work. He led the Edmonton forward line in a 4-3-3 and caused problems for the Valour FC backline with his pace.

The centre-back pairing of Temguia and Amer Didic were crucial to Edmonton picking up the three points. While shutting things down defensively, they both also factored in a goal each; Temguia scoring the opener and Didic heading a ball in the direction of eventual goal scorer Oumar Diouck.

“Our backline is solid,” FC Edmonton head coach Jeff Paulus told OneSoccer post-match. “They were composed for the most part and they took a lot of pressure but they held strong.”

Leading into the match, Paulus said his team would be prepared after watching Valour’s 2-1 win over Pacific FC on Wednesday night. His club did in fact execute despite the waiting game of being the last CanPL team to play a match in the league. And when it wasn’t going perfect, and Valour packed on the pressure, Edmonton made adjustments.

Now, Valour will make their own adjustments and get set to head back on the road to face Cavalry FC on Wednesday night.

“We’ll go over and review what we can work on,” Petrasso said. “But after that we put it aside and we’ll focus on the next game, Calgary has a good team and playing at their home will be tough so we have to be ready.”

FC Edmonton once again will play the waiting game as they don’t return to action until May 12 in their home opener against Pacific FC.