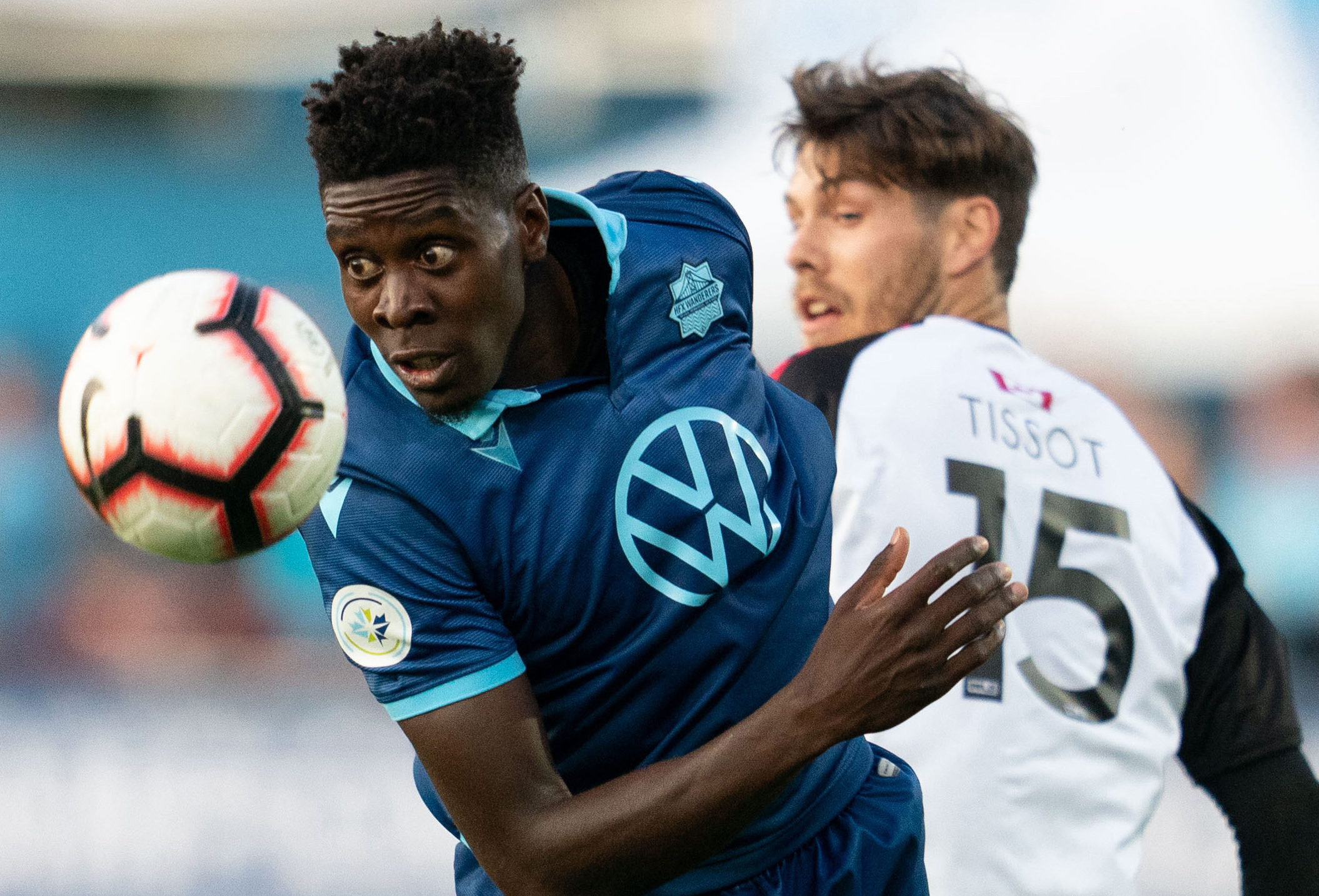 HALIFAX – Mistakes from HFX Wanderers FC proved costly in the first leg of the Canadian Championship against Ottawa Fury FC.

Despite two equalizers from HFX, it was the USL’s Ottawa Fury who left the Wanderers Grounds with a 3-2 win on Wednesday night, leaving Wanderers head coach Stephen Hart looking for silver linings ahead of the 2nd leg on July 24.

“It’s funny because I thought it was probably the best opening we were having for the season,” Hart told reporters after the match. “We had discussed that when we are defending on top of the box and we are very compact, you have to be very careful of trying to play out of that situation and next thing you know, we’ve given them two chances.”

Those two errors led to a pair of first-half goals from Fury midfielder Thiago De Freitas, before Maxim Tissot scored the eventual winner in the second with a well-placed curling effort from the edge of the box.

“Now, we’ve dug ourselves into a hole,” Hart said. “But all credit to the players, they fought their way back and it was just too much in the end.”

The goal fest was the first game between a CPL team and USL side on a night of firsts in the Canadian Championship.

“First of all, I think for Canadian soccer, you have to be proud of what’s happened here today,” said Fury head coach Nikola Popovic, who affirmed the scoreboard was a fair reflection of Ottawa’s play. “There was a fantastic atmosphere, a fantastic crowd, two teams who tried football in very good level.

“I think the two teams were very, very even and the game was decided by details.”

There was a moment of controversy in the second half, when Andre Bona thought he scored the second HFX goal of the game to tie the score at 2-2, but the goal was ruled offside, despite looking onside on the replay.

“From my standpoint the tying goal looked a legitimate goal but it was called back, and I have to accept it,” Hart said, admitting he hadn’t yet seen a replay. “It’s part of the game. Players make mistakes and if it is a mistake, it happens, there’s nothing I can do about that.”

One of the bright spots for the Wanderers was the return of striker Luis Alberto Perea, making only his fourth appearance of the season after undergoing wrist surgery. He finished the game with a goal from a penalty kick, a play in the box that led to an own goal and a yellow card.

“I wanted this game really bad. We just need to go to Ottawa with the hope of winning and believe in ourselves,” said Perea. “We didn’t play (Ottawa) that good today. We gave up the goals, but we have confidence in ourselves that we can turn this series around and try to advance to the next round.”

Now the Wanderers head to Ottawa for the second leg of the tie on July 24th, down 3-2 with Ottawa holding an advantage with the three away goals. Hart remains optimistic that his side can go into the uphill battle and score the required away goals.

“Well you have to think that or else we may as well not go to Ottawa,” Hart chuckled before highlighting recent comebacks in the UEFA Champions League and FIFA World Cup.

“If we can score two and eliminate mistakes, we get two away goals and we start a dogfight and see what happens.”