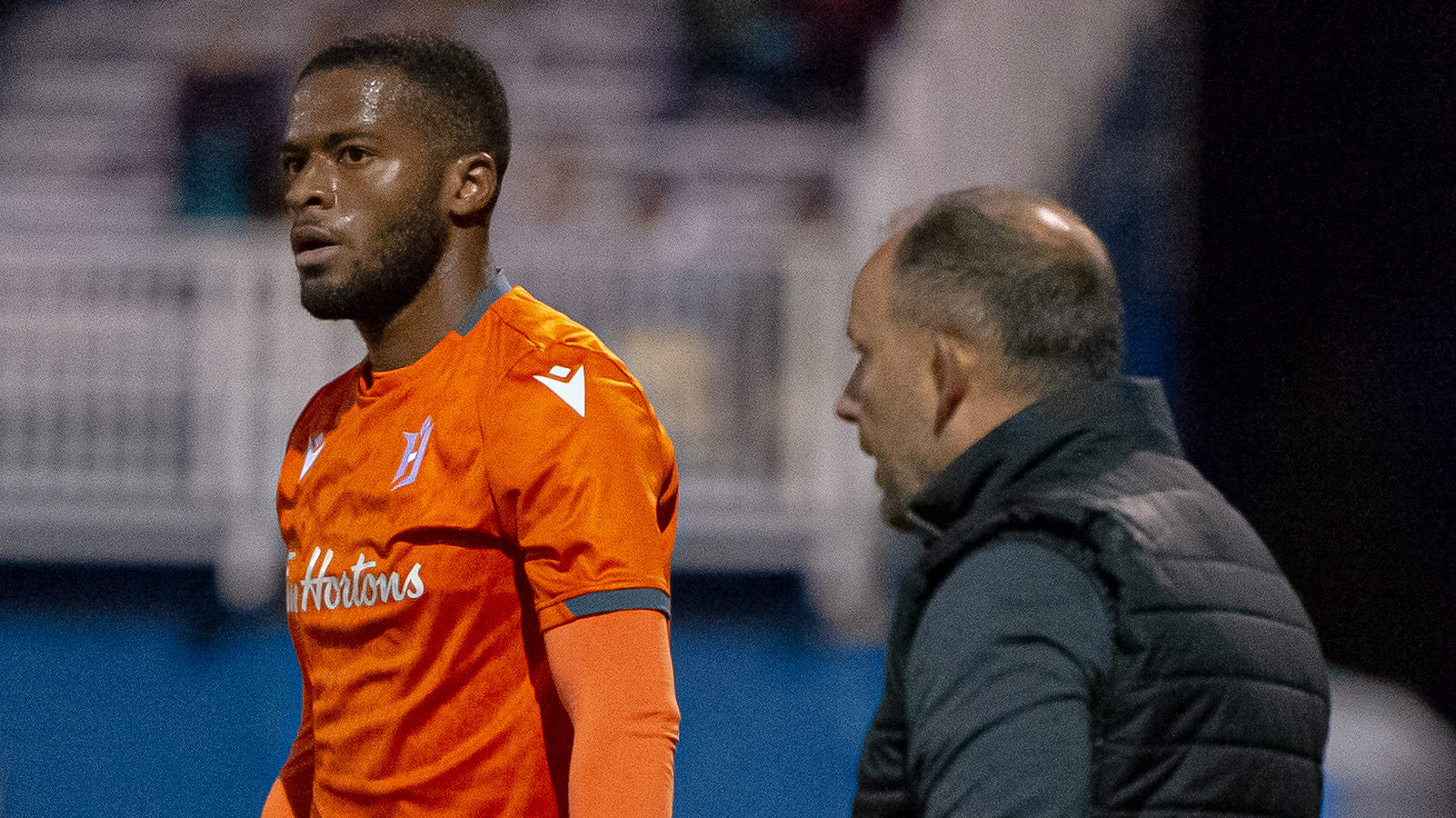 Forge FC’s 1-1 draw with HFX Wanderers FC on Wednesday would be best described as a serious case of déjà vu, for both sides. For the second time in less than a week, Forge found themselves trailing their Nova Scotian foes, as the teams at opposite ends of the CPL table split the points from their home-and-home.

“You take it for what it is,” Forge boss Bobby Smyrniotis told reporters in Halifax. “In this game and the last game we showed a lot of character to fight, especially late in the game.”

Two points from two games pushed first-place Forge’s cushion over Cavalry FC (idle since last Wednesday) to three points, but that’s no solace compared to the breathing room they could’ve cleared for themselves.

The draw in Halifax was the Hammers’ fifth game in 15 days. The Wanderers, by comparison, played their third in 17 on Wednesday. So, it comes as no surprise that HFX approached both games with a little more energy, especially as they returned to their Wanderers Grounds stronghold for the first time since Labour Day.

“We’ve let ourselves down with little mistakes,” he admitted. “If you look at both of the games, it’s mental errors that come down to the goals we’re conceding. I think that comes sometimes with fatigue, sometimes with a little bit of a nonchalant attitude to games and certain parts of it.”

Forge mustered just six shots in their trip to Nova Scotia, with five of them coming in the second half as they chased the game. They lost 63% of their duels, giving up possession (of which they had a lot) a little too easily.

Still, Smyrniotis can’t help but admire his side’s ability to battle back — a trait they’ve honed since they erased Ryan Telfer’s early goal in the CPL’s inaugural match. They’ve now done it twice in as many games, overcoming flat-footed starts.

“We just go in at half and say, well, we just did this three days ago so get ready for the same,” he told CanPL.ca. “You know you’ve got the energy in the tank, we know what worked a couple of days ago, so we’ve got to go after them.”

Smyrniotis added: “It’s a beautiful game sometimes, and it’s a harsh game. We’ve been on the end of both of it.”

Had Forge played a different opponent on Wednesday, things may have been even more difficult. With the trip out east coming so soon after Sunday’s home game, though, Smyrniotis is thankful that his players had the Wanderers fresh in their minds.

“You’re not scrambling to re-scout a team to see what’s new,” he said. “So obviously the players’ focus is on the same attributes as the last game.”

“You revert to what you did and you hope it works again. Sometimes you look good, and sometimes you don’t.”

It was with relief that Smyrniotis spoke of the 10-day break his side will now enjoy. They don’t play again until September 28th, when they’ll host Pacific FC (3:30 p.m. ET, on OneSoccer), at which point their path to the CPL Championship should be even clearer.

Forge is certainly still in pole position to take on Cavalry in that final. Using a (self-admittedly) clichéd turn of phrase, though, Smyrniotis assured reporters that his side won’t take anything for granted.

“We have to take care of business,” he said.