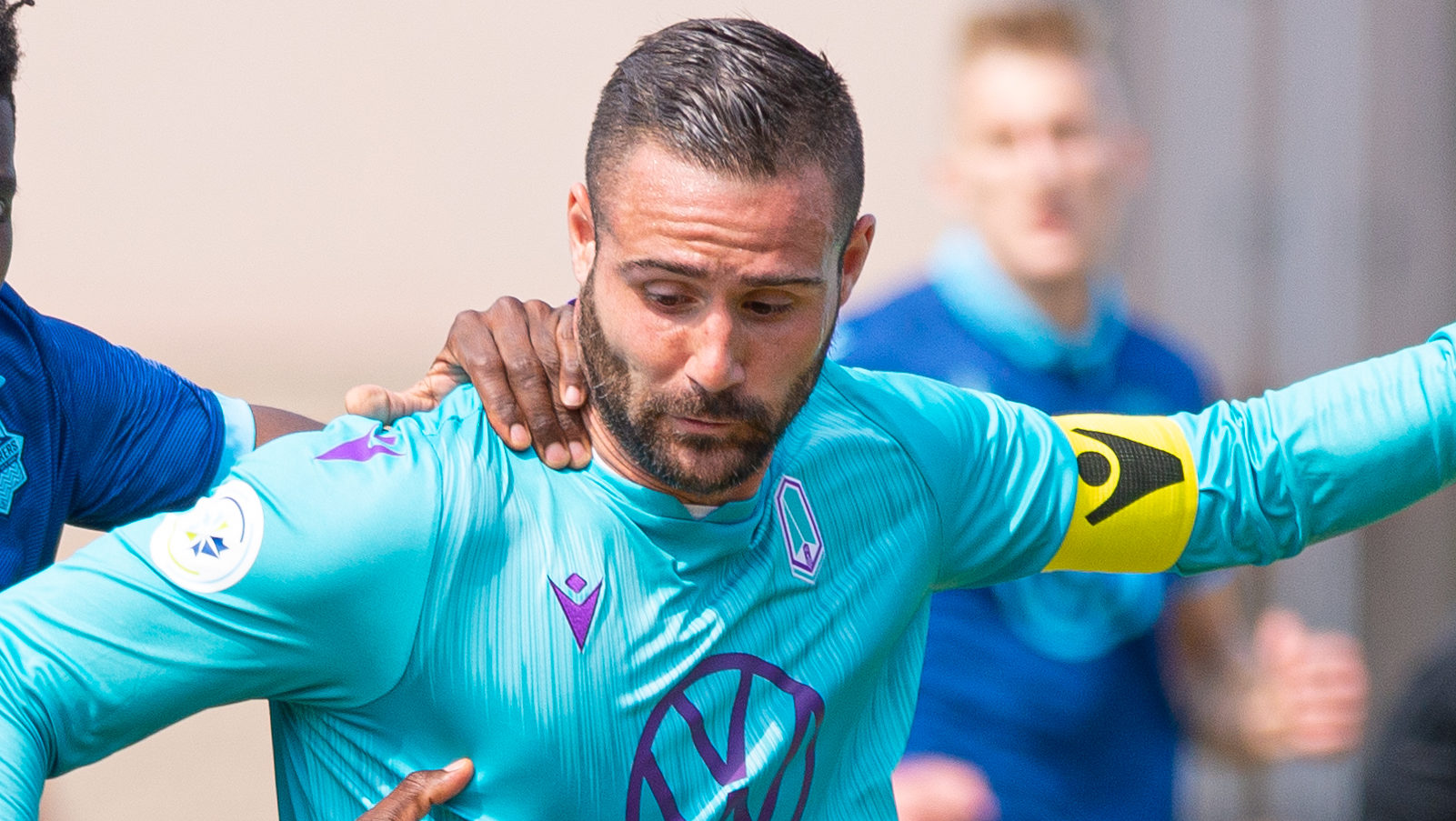 How does one erase a bad memory? That will remain the question on Pacific FC’s mind as the club continues its current four-game road swing with a fixture against York9 FC on Saturday.

Fifth in Canadian Premier League’s Spring standings, with five points through six games, the Langford-based club is still in search of its first win since April 28th, when PFC opened its season with a 1-0 result against HFX Wanderers FC. To earn its second, Pacific will have to find the answers a club that snatched a victory from its grasp.

It was May 18th at Westhills Stadium. Pacific FC carried a 2-0 lead into halftime, the result of back-to-back goals from veteran striker Marcus Haber and winger Ben Fisk. It was the first goal of the season for both players, and the match seemed headed for a coronation. Westhills was ready to party.

On a York9 corner kick eight minutes into the second frame, Pacific defender Ryan McCurdy was called for a pull on Swedish-Ghanaian striker Simon Adjei. Y9 converted the penalty, then drew level five minutes later on a Pacific own goal. Tie game.

The tale of two halves is close to becoming a trend for Pacific FC. Two weeks later at Wanderers Grounds, Pacific once again took a first-half lead — thanks to a deft left-footed strike from Terran Campbell — and promptly conceded a pair of second-half goals to HFX Wanderers FC, including a penalty kick as the nail in the coffin.

The result left the club looking for answers.

“If I had the perfect answer, I think we’d be in a better position in the league table than we are right now,” Ben Fisk told CanPL.ca. “A lot of the goals we’ve given up have been very, very avoidable. And if we’re maybe slightly more switched-on and ready for a play, be it a set-piece or tracking a runner, we’re the first ones to that ball and can avoid that danger.”

Twice this season, Pacific have conceded on a penalty kick. Twice more, own goals have done the damage. Remove those, and Pacific could be looking at eight points in the CPL table instead of five. Suddenly, Cavalry FC (15) and Forge FC (13) would look a lot closer.

“We’re getting better at playing away from home now. We’re taking that into account,” head coach Michael Silberbauer told CanPL.ca.

Gone is Pacific’s troubling three-match scoreless streak from earlier in the season. The Silberbauer-led side has managed four goals in its last three matches, including one each at budding fortresses in Spruce Meadows and Wanderers Grounds.

But Fisk believes his team is capable of more.

“We haven’t been quite clinical enough,” the 26-year-old said. “Obviously, with only one goal to my name, I think I (could) have a few. So that’s an easy one to pick on.”

There are still defensive concerns to address.

“Intensity going into a tackle. Making a run when you’re tired,” said Fisk. “Whatever it is, I think we just need to raise that level that we’ve shown for periods in most of our games.”

Asked about potential changes in tactics heading into his side’s tilt with York9, Silberbauer remains committed to the same formula as before.

“We’ll do just as we did in the previous two games,” the Danish coach said. “Focus a lot on how we’re going to do things — on our game plan.”

Despite any external chatter about slippage in play, Fisk remains undeterred.

“I want to win the CPL championship,” he maintained. “That might sound a bit silly when we’re sitting fifth in the table . . . but with this (league’s) structure, with the spring season and the fall season, it’s still very much attainable. So we’re looking at ourselves in the mirror — what we can improve, what we do well — and we’re going to try and improve those things and be ready to go.”

Pacific’s clash with York9 goes down at York Lions Stadium on Saturday (12:00 p.m. ET, on OneSoccer).