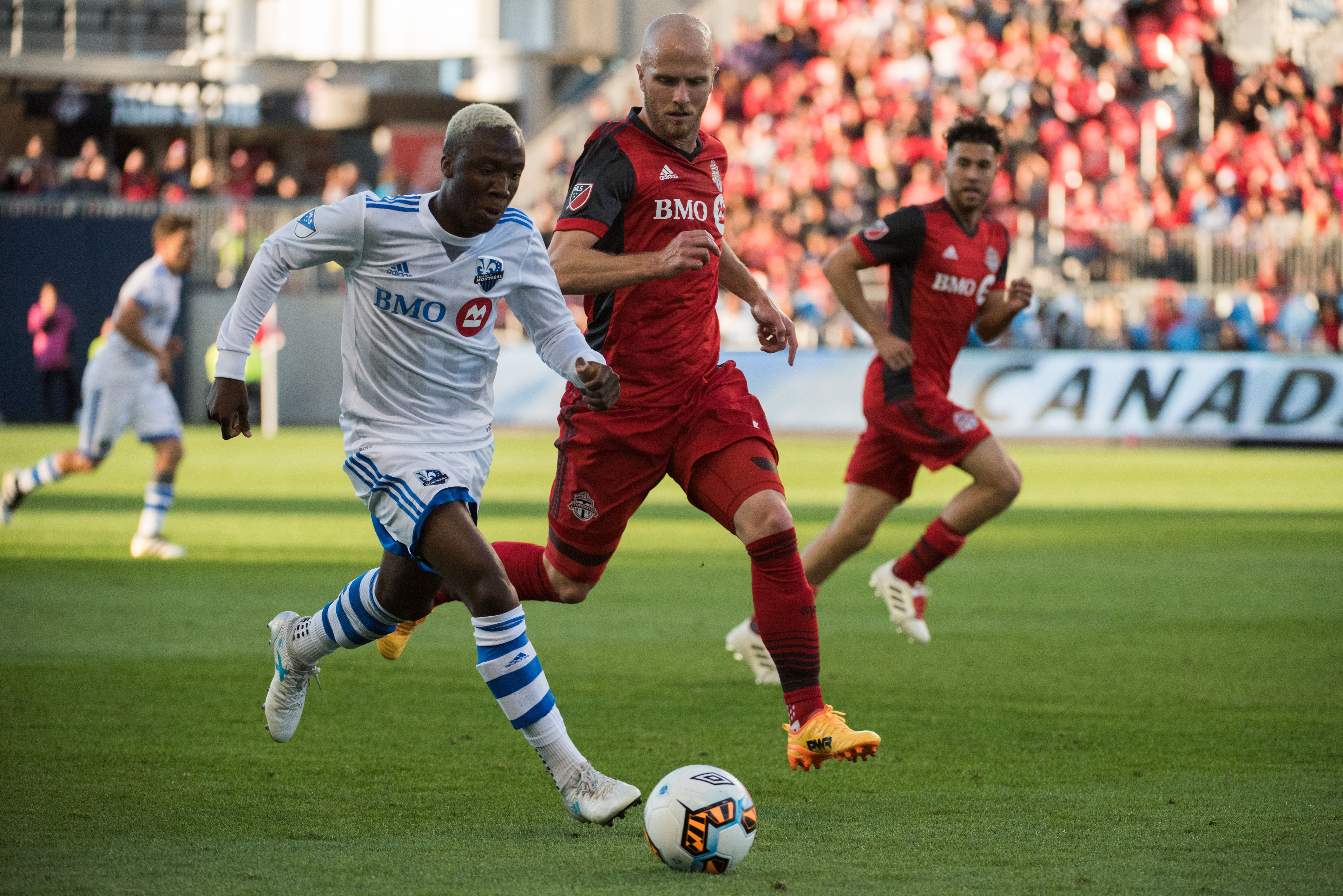 TORONTO – This is a situation Toronto FC have been in before.

Down on aggregate to the Montreal Impact, TFC enter the home leg of a playoff tie needing to score. This time, it’s with the Voyageurs Cup on the line as they prepare for Wednesday night’s Canadian Championship Final decider at BMO Field (7:30 p.m. ET, available on OneSoccer).

Fans will remember the 2016 MLS Cup playoffs, when TFC memorably beat the Impact 7-5 on aggregate in the Eastern Conference finals after a heart-stopping second leg at home. Then, there was the 2017 Canadian Championship Final, where Sebastian Giovinco’s stoppage-time goal erased the Impact’s first-half lead.

Toronto coach Greg Vanney believes his side is relishing their chance to claw back into this tie.

“Over the years we’ve been able to establish that mentality,” Vanney told reporters after Tuesday’s training session. “The guys are looking forward to it, in front of our home crowd, having to battle back into it and to win it.”

The Reds only recently returned from Saturday night’s trip to California, where they played MLS leaders Los Angeles FC to a 1-1 draw. Although he fielded a full-strength starting 11 in that game as they battle for playoff position, Vanney is confident that his club will be well up to the task on Wednesday.

“I think hopefully it’s all outweighed by the fact this is a championship game,” he said. “Between adrenaline and that desire you’ve built up for these moments, all that can kind of be put aside.”

Vanney added that the quick turnaround between Saturday’s league game and this second leg factored into his decision to leave regular starters Jozy Altidore, Alejandro Pozuelo, and Omar Gonzalez on the bench to start in leg one in Montreal.

Asked how he intends to approach Wednesday’s decider, Vanney was adamant that his club won’t rush things, despite the deficit they need to overturn.

“It’s a long game, it’s not a short game,” he said. “We’ve got to play smart, we can’t just throw everything at the first 10 minutes trying to get ourselves even or ahead.”

Still, Vanney added that he expects a little more energy from his players at home.

“We can’t play as slow as we did the other night,” he said in reference to leg one. “We played into their hands, the tempo was too slow, we were immobile. . . . If we have a chance to break down their block and create opportunities, we’ve got to play a lot faster than we did the other night.”

Fortunately for TFC, it looks as though Vanney will have a healthy squad to choose from on Wednesday, with the only potential injury concern looking to be Nicolas Benezet, whose injury kept him out of both the first leg and Saturday’s game. Expect Vanney to make full use of the players he rested in Montreal.

Canadian Championship nights at BMO Field are rarely dull affairs (especially when Montreal is involved), so Vanney will likely get the faster match he wants. The question, then, will be whether or not TFC can turn that pace into goals.

With no away goals in hand, TFC can’t really afford to concede, since a 2-1 or 3-2 win would give Montreal the Cup (as would any sort of draw or Impact victory). The Reds, then, need either to win by two, or to take their chance in a penalty shootout after a 1-0 win.

With his side undefeated in eight league games, though, Vanney is confident that they can pull out a result. Sitting at a press conference table next to the Voyageurs Cup trophy, he reiterated how much his team wants to maintain their grip on it.

“For us, first and foremost, we want to be the Canadian champions, we want to win a trophy,” he affirmed. “We want to try to put our stamp on this.”