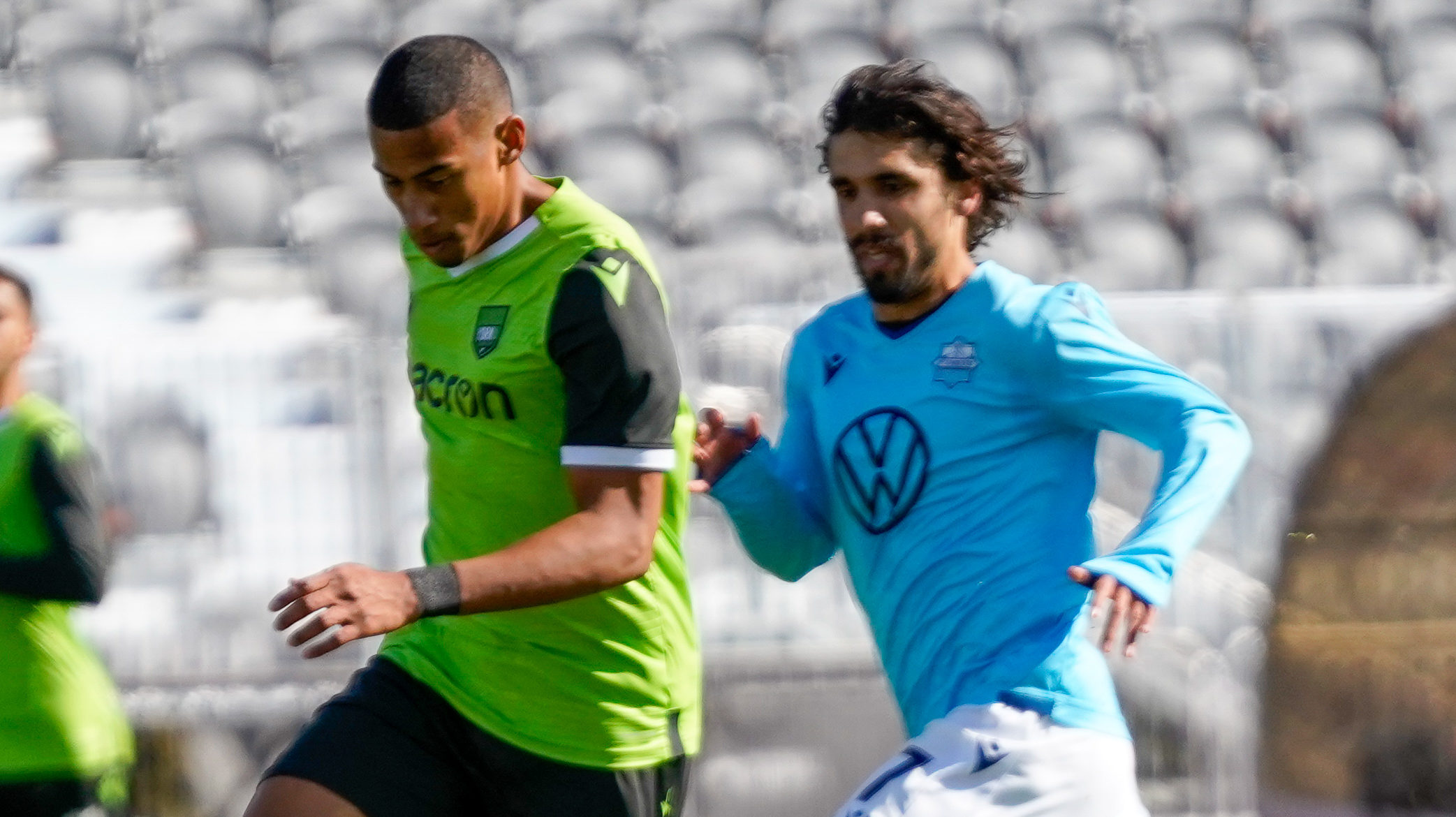 TORONTO – All good things must come to an end.

Both sides embraced at the end of the 2-0 win for HFX – including dueling coaches Jimmy Brennan and Stephen Hart – in the East Coasters’ first road victory of 2019.

Brennan, despite the defeat, pulled from the overarching positives from ending the first season of Canada’s new professional league.

“I’m proud of what you’ve become as a team, as individuals, as young men,’” Brennan said in his post-match comments to his team. “They play with a lot more confidence. They know their identity and style of play. I’ve been pleased to see how much they’ve grown.

“You’ve got to remember, it’s only eight months since we started with this group of guys, and we’ll get there.”

York9 famously played in the CPL’s maiden voyage: an Inaugural Match at Tim Hortons Field with their 905 Derby rivals in Forge FC.

Telfer joined from Toronto FC on loan in the preseason and is now set to return to his MLS Playoffs-contending parent club.

Eight goals across the league season, with a massive goal against Montreal Impact in the Canadian Championship, Telfer has been instrumental for Brennan’s group in Year 1.

“Right now is just about finishing up with York9,” Telfer told OneSoccer after Saturday’s match. “Once the season is up, I go back to Toronto, and after that, my fate will be decided once I go back there. Right now, I don’t know anything moving forward, but I’m going to head back to Toronto and support them during their playoff run.”

“We’d love to get him back next year,” Brennan said.

“Ryan was an absolute pleasure to work with. It was great to see him grow as a man and a professional footballer.

“He’s bought into everything we’re doing here. It would be great to get him back next season but we understand he’s still with Toronto FC.

“We’ll have conversations with him to see what his next steps are and see where he wants to go in his career.”

Telfer, just like many other CPL players, came to the league to play meaningful minutes. The 25-year-old got exactly that in Year 1; leading to his first international cap with Trinidad and Tobago.

“When I look back, it’s something special to be a part of. Especially knowing all these Canadiens players and internationals that have bought into playing in this new league. Almost every player has benefited from playing in this league tremendously.

“It benefited me where I got minutes in an intense league and it was meaningful minutes and it meant a lot to me as a person and as a player.”

A total of 2520 minutes across 28 matches, dating back to that Inaugural Game on April 27, the 24-year-old has occupied one of the two centreback slots all season for Y9 – the only CPL player to do so in Year 1.

“It’s what I wanted to do,” Gasprotto told reporters of his tape-to-tape 2019. “That was my goal at the start of the season, to play as much as possible. I have to thank the gaffer for keeping me in there.

“That was what I was looking for; to come back and play in my home country, and be a part of this new league, and get it growing.”