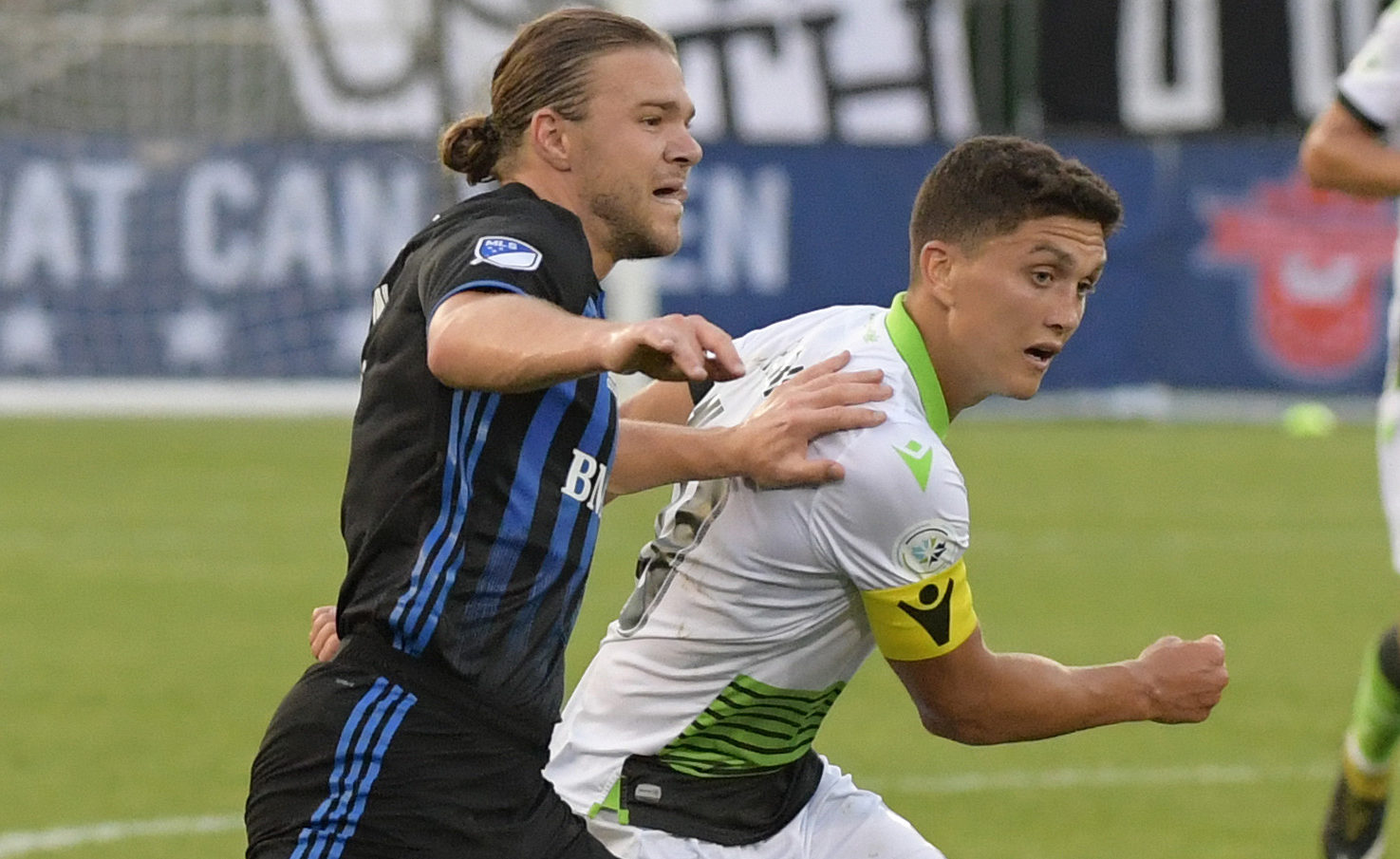 While Canadians are thinking about (or already on) their summer vacations, the real work is just getting started in the Canadian Premier League.

And while I find myself wondering what this “vacation” word means (like, not working for a while? Is that a thing?), I’m also, as ever, curious about some of the comings and goings in and around the CPL.

Last week, I wondered which CPL club had the best shot at advancing in the Canadian Championship, before answering my own question in suggesting it’d be Cavalry FC in their matchup with the Vancouver Whitecaps.

That quasi-prediction came true via a scoreless draw at Spruce Meadows, though spirited showings from HFX Wanderers and York9—who, as I also wondered about last week, did indeed enjoy notable home-field advantages—mean nothing is wrapped up just yet.

My final bit of musing was about the prospect of an all-Alberta CPL Championship, spurred on by FC Edmonton’s surprising win over Forge FC in Hamilton. Well, the Eddies’ win streak has now been halted, courtesy of Y9 – so yes, I was absolutely getting way ahead of myself. Time to breathe a bit.

Ahead of last Wednesday’s Voyageurs Cup tripleheader, I asked my extremely knowledgeable and good-looking Twitter following for their thoughts on how the three CPL teams might fare in the first leg.

With the disclaimer that there’s no way of knowing the backgrounds or motivations of the 225 people who chose to reply, it was still interesting to see that fully three-quarters of respondents underestimated the CPL teams’ chances.

So, call it: How many #canPL teams get a result (win/draw) at home in Voyageurs Cup play on Wednesday night?

Heck, if not for a late goalkeeping error at York Lions Stadium and a contentious offside decision at Wanderers Grounds, CPL teams could have notched a win and two draws, something that only 2% of fans would have seen coming.

So, were fans just being classically Canadian, sheepishly downplaying the chances of success ahead of time? Were the three visiting clubs all caught off guard by their first-ever visits to the three rocking CPL locales? Will there be some sort of course correction in next week’s second leg?

Or could it be that the gulf between the teams involved in this competition isn’t as wide as many of us have conditioned ourselves to believe?

Before the season began, I spoke to Merriman, the assistant coach at Pacific FC, about his long-awaited reunion with Blasco on Vancouver Island. At the time, Merriman expressed his hope that a new playing environment could propel the 25-year-old to as-yet-unseen heights.

“I really don’t think we’ve been able to see him at his best yet,” Merriman said in February. “I don’t think anybody has.”

Well, we might be getting there—on Saturday, Blasco showed off his incredibly quick feet with another highlight-reel goal.

While PFC has rightly gotten praise for its commitment to young Canadians, Blasco’s renaissance has been another good-news story on the west coast. And although Blasco was born in Spain, he’s now lived in Canada for more than five years, which is the timeline set out by FIFA for players looking to switch national-team allegiances.

That, as you might suspect, now has me wondering about something else.

How will European veterans fare in Winnipeg?

Two weeks ago, I wondered if Valour FC head coach Rob Gale would look to reinforce his squad with a few Canadians he’s crossed paths with before. There are a few such players floating out there, and Gale may not be finished in this transfer window.

But for now, the club has brought in a pair of well-travelled 33-year-olds from Europe: Spaniard Jose Galan and Italian Michele Paolucci. They’ll look to bolster a Valour attack that managed just eight goals in 10 games en route to a last-place finish in the Spring season.

Aside from wondering exactly what these two will bring to the table, I’m also curious about they’ll adjust as midseason arrivals from abroad, the first such players in the league’s young history.

Where is Emery Welshman going?

Of course, transfer windows swing both ways – and reports came out last week that Hapoel Haifa FC of the Israeli Premier League have their eyes on Welshman. He was out there for Forge on the weekend, bagging a goal in a 3-2 win over PFC, but I’m now wondering: could that be the last action the 27-year-old sees for the Hamilton-based club? Or might that come tonight against HFX Wanderers?

As Forge head coach Bobby Smyrniotis mentioned to the Hamilton Spectator, Welshman’s fate is out of his hands – given that the player is on loan to Forge from FC Cincinnati of Major League Soccer, any deal involving Welshman would be at the discretion of the MLS side.

If Welshman is indeed headed to Israel, that leads to another question entirely: how does Forge fill the gap and maintain their status as favourites to face Cavalry in the CPL Championship in October?