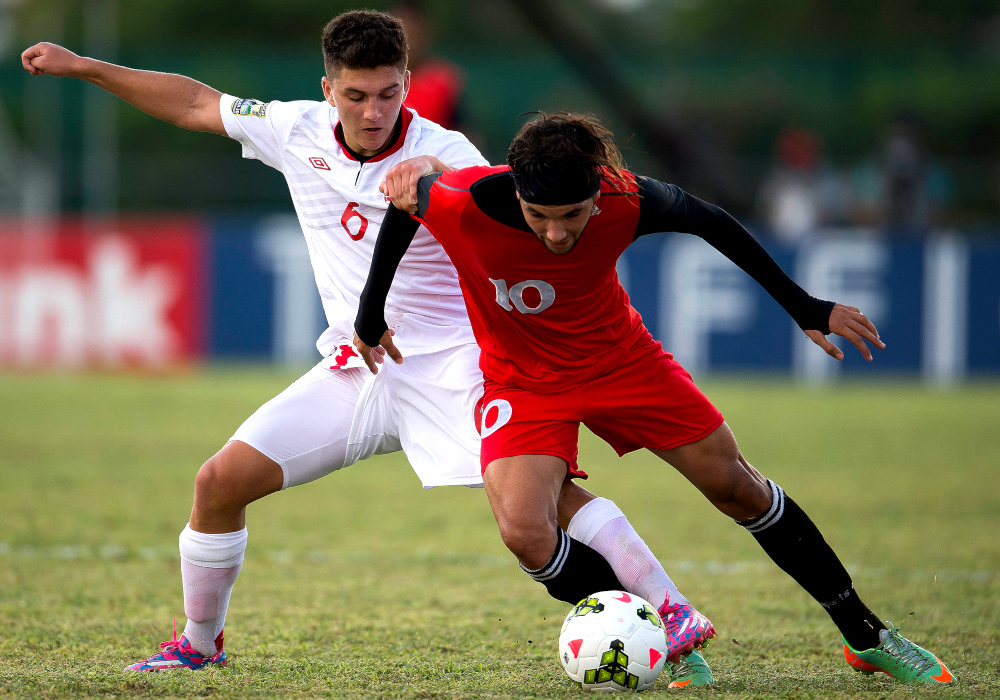 TORONTO – The story of Canadian players going abroad and thriving is all good and well, but the reality of those European moves is often less glamorous … and certainly more challenging than it may appear.

On Monday, York9 FC announced the signing of Manny Aparicio, bringing the Canadian creative midfielder back from Spain, where he spent the previous three years fighting and clawing for opportunities.

He returns home having survived the rigours of Spanish football, and spoke with CanPL.ca about those experiences abroad.

The previous three years haven’t been easy on Aparicio.

The 23-year-old joined Toronto FC in 2013, as recommended by the club’s assistant coach at the time, Jimmy Brennan. In 2016, Aparicio’s contract expired, and he went to play for Quilmes in Buenos Aires, the city of his birth.

For the young Aparicio, this would be the first time he’d be living on his own, away from his family. Those responsibilities, balanced with the demands of being a professional footballer, proved formative to his character.

Conversely, long away trips to unknown Spanish towns proved the perfect battleground to cut his teeth on the field. Aparicio became a consistent starter for Ordenes. He made 30 appearances and was quickly noticed by second-tier side Izarra, who scooped him up for the following season.

It is at Izarra that Aparicio felt the full breadth of Spanish soccer.

When asked if there was one defining experience from his time abroad, Aparicio paused to collect his thoughts.

“At the end of the 2018 season in Spain, I was playing with CD Izarra … Our club was in what’s called a ‘play-out’ – a match to not get relegated.

“It’s not the wonder story where you’re fighting for promotion,” he continued. “But it was still the experience of a lifetime.”

Izarra would take on UE Llagostera in the suburbs of Girona in Catalonia “just to survive” the Spanish second flight. Izarra would draw the “very hostile” first leg 0-0, then return home and triumph 1-0, securing their spot for another season.

“The fans rushed onto the field,” Aparicio recalled. “We pulled it off. It’s why I’ll always love my experiences in Spain.”

While his team fought for survival, Aparicio was fighting just to earn a chance.

“You’re looked down on if you’re a Canadian,” Aparicio said. “That’s just how it is.”

Besides the fact that Izarra didn’t offer Aparicio the same freedom on the field that Ordenes did – he was moved to the right wing, and played a long-ball style now – Aparicio explained that opportunities weren’t always equally up for grabs.

“In the lower divisions, when there’s a local player and myself in the same position, the local player is always going to be the first choice,” Aparicio said.

Facing limited chances, Aparicio swapped over for a short stay at San Roque, back in the Spanish fourth tier.

All the while, whispers of a Canadian league began reaching his ears. When the CPL was announced, Aparicio picked up the phone.

“I said, ‘Dad, we have to see what teams end up happening, what coaches take over.’ I knew I needed to contact whoever I knew to try and get in there.”

Aparicio continued to focus on his football in Spain as clubs came to life and the CPL started gaining traction.

Then, one day, his phone rang.

It was Jimmy Brennan.

Aparicio was born in Buenos Aires, but was raised in East York. Before joining Toronto FC, he played for East York SC and Unionville Milliken. He was one of the many TFC Academy prospects to filter in and out of the first team, only to see their time with the club end unceremoniously.

But Brennan kept tabs on Aparicio, who even at a young age showed flashes of something more.

“Even when I was in Europe, before we knew of the CPL, Jimmy would check up on me,” Aparicio said. “He’s been a great role model.

“When he was announced as head coach of York9, he reached out to me. As soon as he did, there was no doubt in mind. I’d be going back home.”

And so, Aparicio returns to York Region, having grown up in East York, and reunites with Brennan, bringing with him those experiences abroad.

Assuredness has replaced the timidness in Aparicio’s voice.

This reporter remembers a younger Aparicio at Toronto FC, soft-spoken but eager to learn.

He returns filled with confidence, which he applies in equal measure to his new club’s outlook.

“We’ll fight for everything. We’re not just going to be another team in the league. We’re coming to put a stamp on it.”

If it’s a fight, Aparicio is now well-equipped to handle it. He’s survived it once, after all.