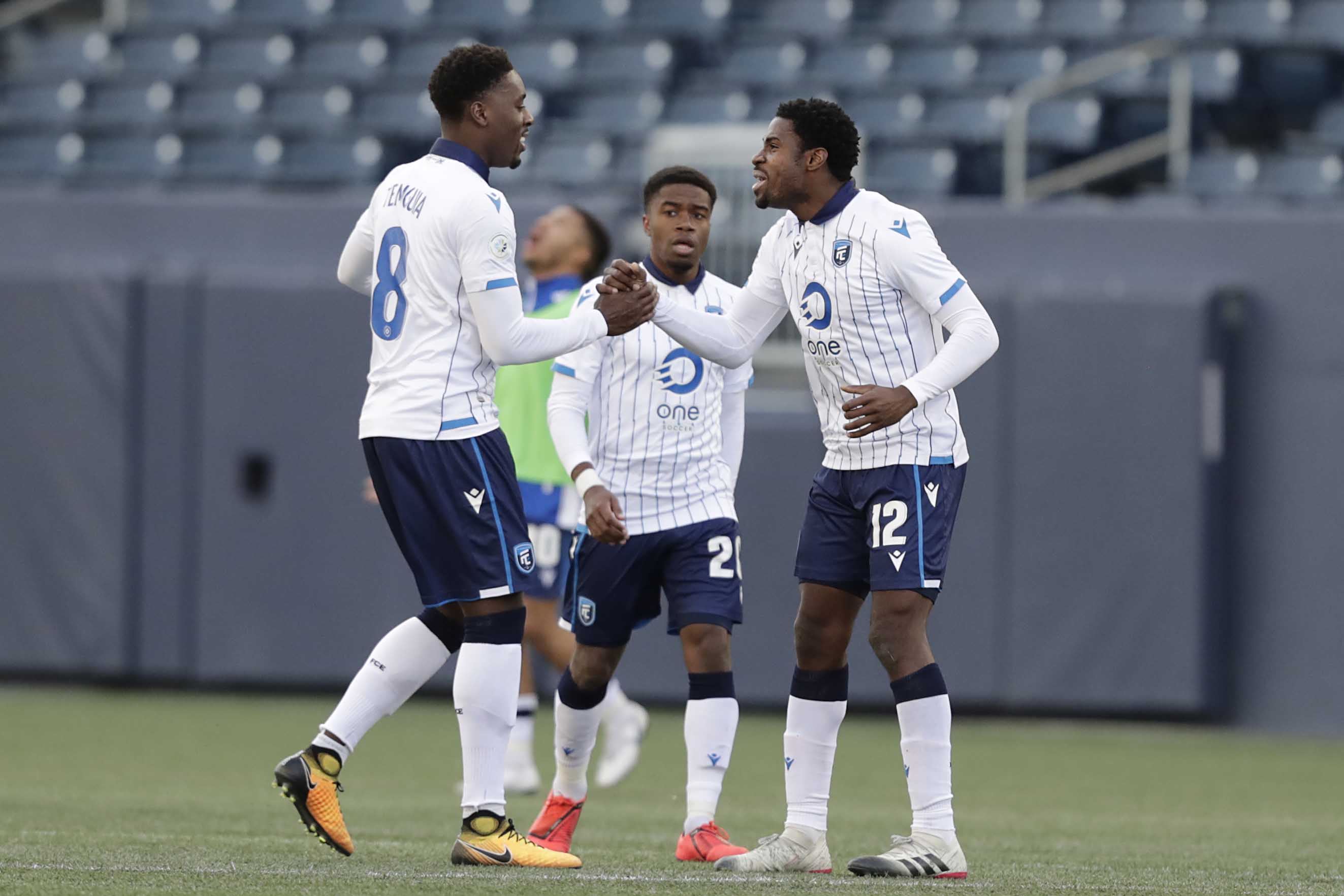 FC Edmonton won its Canadian Premier League opener on the road against Valour FC, but the players don’t necessarily feel that they ticked off all the boxes. The Eddies had to weather an early storm and goalkeeper Connor James made a series of excellent stops to keep his team alive.

The goal for Sunday’s home opener is to not only secure another three points, but to also improve the level of play. The team doesn’t want to hear any more talk about scoring against the run of play or having to hang on as the opposition pushes and pushes.

They’ll also be getting a Pacific FC team that played two time zones away on Wednesday.

So far this season, teams on short rest haven’t fared well when they face teams who have the full week off.

“I don’t think we played necessarily in the way we would have hoped to have played,” James said after FCE’s training session Thursday at Clarke Stadium. “I think we would have liked to keep the ball a little bit more, pass a little bit more. So, I think there is still nerves going into this game. We still haven’t met that expectation of what we see ourselves being.”

Coach Jeff Paulus hopes that the team has got the “nervy game” out of the way.

“We’ll be among family and friends,” Paulus said. “I think the nerves will be out, I think we’ll know what to expect. We know the pace of the league. So, hopefully we have a much more calm performance.”

But, even though the opener was nervy, Paulus stressed that his team gave a “professional” performance on the road.

And, of course, the play of James, who was a standout with the University of Alberta last season, helped. For James, it was the first step in answering those who were critical that the Eddies would be starting a keeper straight out of the CIS ranks.

“It’s definitely a jump, but I had the fortunate experience to have been with this FC Edmonton team when we were in the NASL, through several summers. I’ve been around the pro environment, I’m kind of accustomed to what the expectations are. But, definitely, making the step from being a squad player to someone who is actually playing in a match is quite a big step, for sure.”

Paulus said that veteran striker Tomi Ameobi, who wasn’t available for the opener in Winnipeg, is “50-50” for the weekend. He added, however, that Ameobi will likely be in the 18 and could see some minutes.

Meanwhile, James and his teammates aren’t expecting the same sort of Pacific team that lost 3-0 on Wednesday to Forge FC, even if Marcus Haber remains questionable for this tilt.

No matter who Pacific plays, they’ll need to deal with the centre-back twin towers of Amer Didic and Mele Temguia, both imposing figures who are well over six feet tall.

“We have a good relationship,” Temguia said. “I didn’t know Amer before he came, but, as you play on the field together, that’s how you really build a relationship.I think we had a good, strong first game together, and I’m looking forward to the next one.”

Considering that Temguia bundled in the Eddies’ first CPL goal, and Didic assisted on the second with a flick, it’d be safe to call it a “strong first game together,” too.