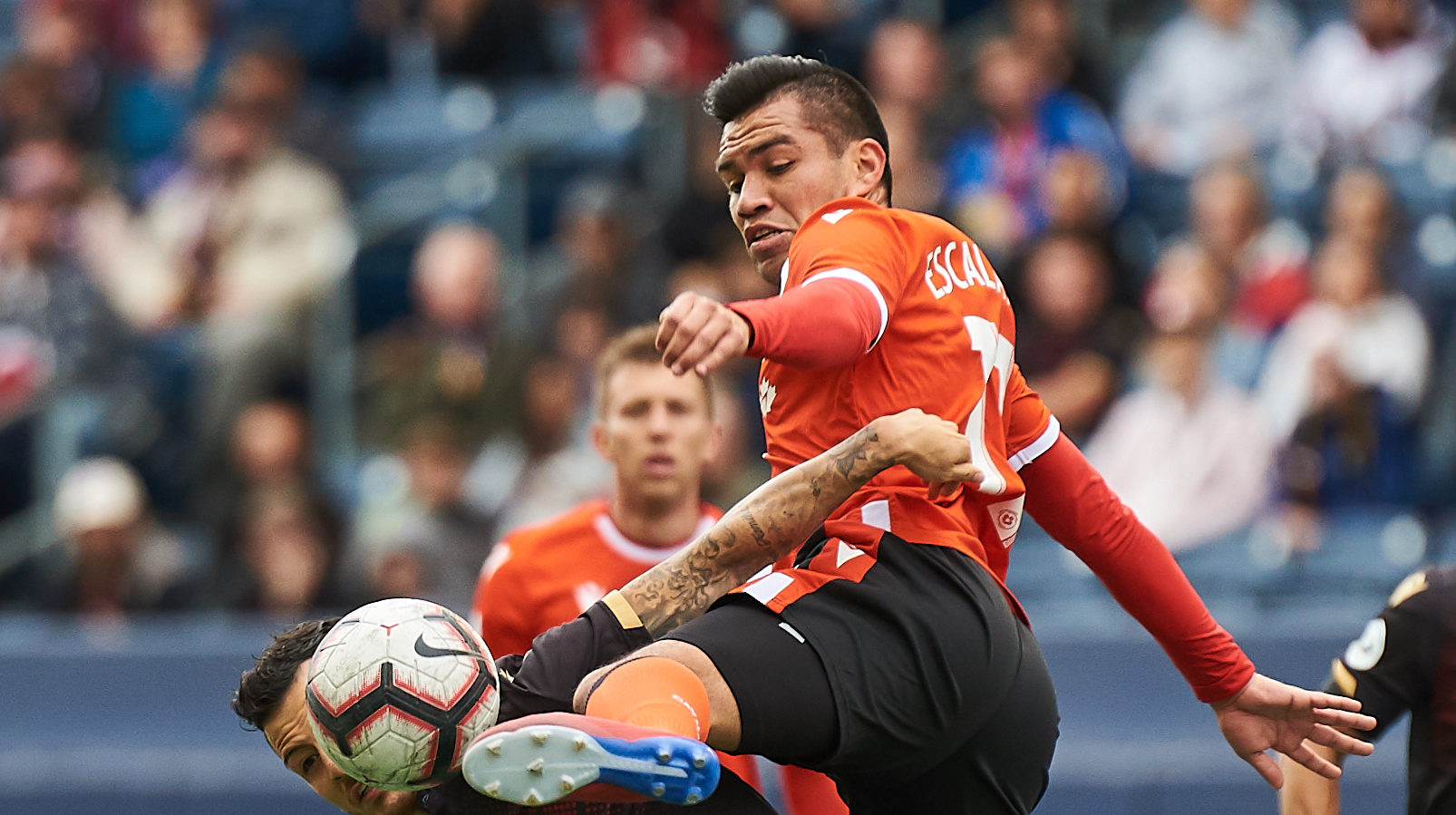 WINNIPEG – What separates the great teams from the good is not how they revel in triumph, but how they respond to adversity. On Labour Day, Cavalry FC did the latter in dazzling fashion.

Their 8-0 road win over Valour FC ended a stretch of eight games in all competitions with just one win for the Cavs, whom some worried had lost a step after their stampede to the CPL’s Spring championship. Now, they’ve reclaimed their perch at the summit of the league table, looking unstoppable once more after blowing out a team whose stock had been rising.

The outburst had its roots in the 13th minute, when captain Nik Ledgerwood scored the first in Cavalry’s octet, picking his corner with a very confident penalty. His influence on the match went well beyond breaking the seal, though, in a performance where his side’s mental fortitude shone through.

“After the Pacific game, you could tell we’d just lost a bit of our edge. I didn’t realize we had to put an L in front of it and have Ledge in there,” Wheeldon Jr. joked after Monday’s win. “The captain led; he took the penalty, took the lead. I thought he was brilliant today, that’s a captain’s performance.”

Ledgerwood chose to spread the plaudits more evenly among his teammates.

“It was an unbelievable 90 minutes,” Ledgerwood told CanPL.ca. “I don’t think there was one person, subs included, that didn’t do their job and their role when they came on. Everybody pressed. Everybody was hungry today, and everybody in the room was rewarded.”

It was certainly a match the road team controlled from start to finish, with 22 shots to Valour’s seven. Ledgerwood singled out his club’s tenacity in winning second balls and finding pockets of space as drivers of the rout.

That Cavalry’s dominance blanketed the entire 90 minutes is, to the Cavs’ skipper, their greatest accomplishment on the day, though.

“It’s exactly what we talked about before we went out and we executed it,” he revealed. “Over the season, we’ve had great halves of football, really played a great 45 minutes and then we kind of let our foot off the gas. We said at half-time, ‘Let’s see if we can put it together for 90 minutes.'”

Boldly adding to the sentiment was Wheeldon Jr.

“We’re our best version of ourselves when we’re ruthless,” he said. “(The players) deserve all the credit they got, because they stuck to the game plan, and we’re devastating.”

With eight games to go in the Fall, Cavalry now finds themselves three points clear at the top of the standings. Second-place Forge FC’s three games in hand loom large, though, with the two sides set to square off twice in October. Still, with a week and a half off to figure out how they can build on this, the Calgary-based side has seized the spotlight once more.

Cavalry’s 8-0 triumph is one that won’t soon be forgotten, especially given its context. By dousing a Valour side that looked ascendant in a 2-0 victory midweek, they vaulted right back to the forefront of the CPL conversation.

“The mentality in our locker room is unbelievable,” Ledgerwood said of his team’s response to their sluggish run of form. “This mentality, this hunger to win games like this and show like this today was unbelievable. This is what’s going to take us all the way this year.”

Next in Cavalry’s path? Their Alberta rivals, FC Edmonton. The Cavs have unfinished business with the Eddies, drawing 0-0 in mid-August. With both sides chasing the Fall title, next Wednesday (9:00 p.m. ET, 7:00 p.m. MT, on OneSoccer) is already shaping up to be the highest-stakes Al Classico yet.