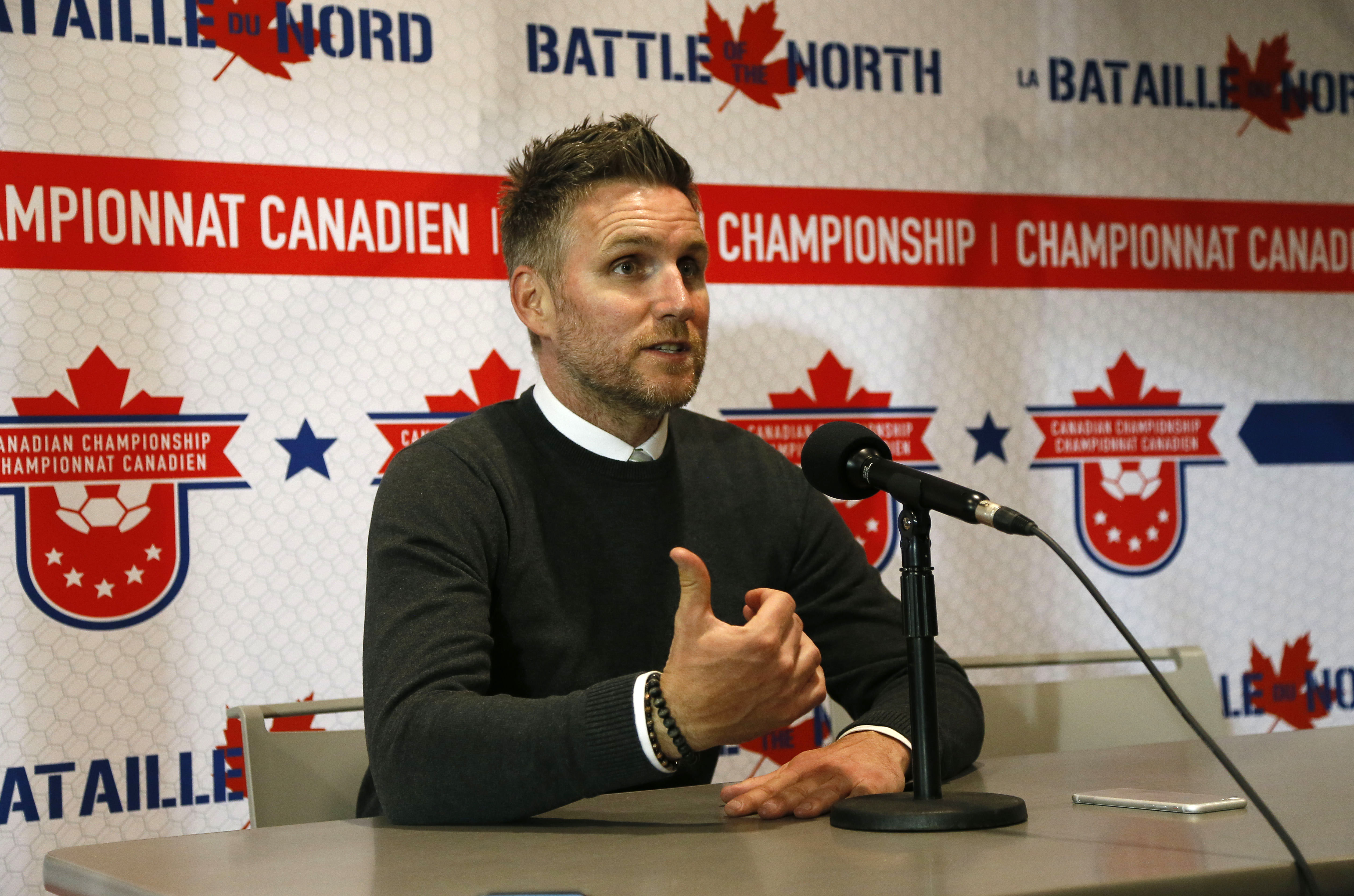 YORK REGION – It wasn’t hard to feel the nervous energy in the air at York Lions Stadium on Wednesday night.

York9 FC, gracing their home pitch for the first time ever in their Canadian Championship tie with the PLSQ’s AS Blainville, needed until the 71st minute of Leg 2 to break a 0-0 deadlock.

Break it they did, though, with Ryan Telfer bundling a rebound over the line to give York9 a 1-0 win – securing their first victory, and a berth in the tournament’s next round against FC Edmonton.

“We knew it would come,” York9 head coach Jimmy Brennan said after the match.

“We knew our fitness levels are very good. As you can see over the last few games, in the second halves, we always seem to get better and better as the games go on. But for us, it was difficult as well because it was the first time we played on that pitch.

“So, it took us a while to get into it, but towards the end we were quite comfortable.”

Patience certainly was a virtue for the Nine Stripes, who ended the match with 61% possession, 18 crosses into the box, and nine shots. After a nervy opening 10 minutes, Y9 settled in and began looking for ways to break down Blainville’s stubborn midfield.

The home side opted frequently to probe down the narrow touchlines, rather than try to reckon with an extremely clogged-up centre of the pitch.

“They would not give us any time on the ball, they wouldn’t give us any extra space,” said the goalscorer Telfer.

“Playing football my entire life, these are the games that are the hardest, playing against a team who have really nothing to lose.”

The home side weren’t surprised by the intensity of the tie against Blainville, now champions of Quebec two years running. Much of their squad has been playing together for years, while York9 played their first competitive match together less than a month ago.

Still, it was York’s skill with the ball and tenacity in defence that won them the tie. Apart from the goal, the Nine Stripes made Blainville’s keeper Erwann Ofouya busy with four shots on goal. Kyle Porter saw an excellent header denied in the 24th minute, and Telfer had a point-blank chance punched away late in the first half.

In the end, it almost had to be Telfer to score the first one at home for the Nine Stripes. After making history once already with his goal in the CPL’s inaugural match, he put his name in the record books again on Wednesday.

At the back, York9 continued to be the rock-solid defensive team they’ve been in most other games; Luca Gasparotto and Daniel Gogarty were excellent again, and the midfielders were eager to cut things off centrally – Emilio Estevez and Manny Aparicio came out with five tackles apiece.

“As defenders you take pride in clean sheets,” Gasparotto said. “If they don’t score, we can’t lose – that’s what we say.”

On Wednesday, Brennan had his side lined up with a four-man backline, having favoured a three-man setup previously. It worked a charm on the narrow field at York Lions Stadium, allowing them to deal with Blainville’s very direct style of attack.

“We’re not afraid to change,” Brennan explained. “That was the first thing we said, we need players that can adjust, that can adapt to different situations, different formations.”

All parties from the home side were quick to praise the intensity of their opponents. Blainville certainly tried hard to spoil York’s first home game, and they weren’t far from pulling it off, especially with some good chances in the closing minutes.

Like all of York9’s games so far, this wasn’t a pretty one. This time, though, they emerged with a victory, and a ticket to play FC Edmonton in the next round.