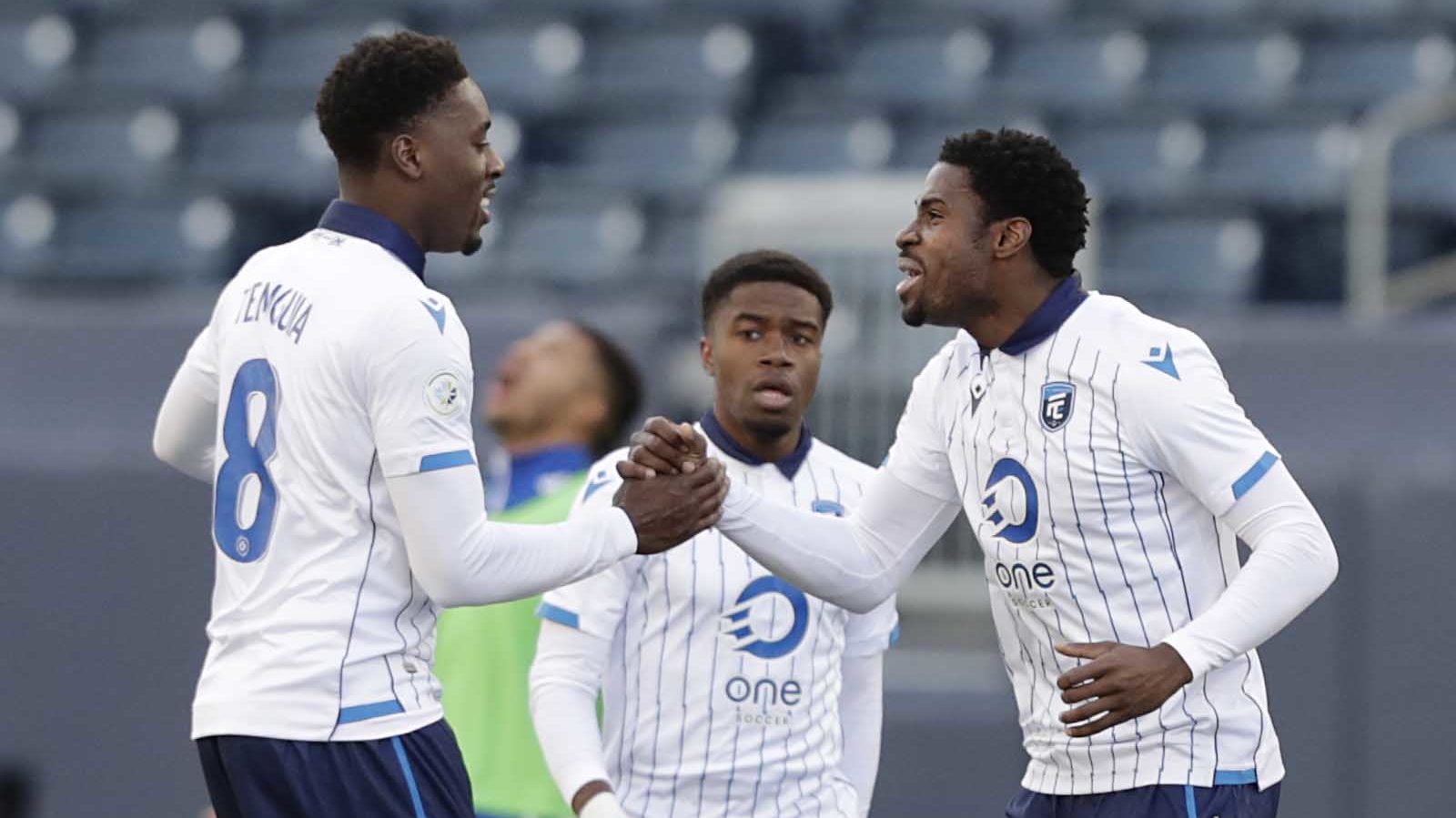 After the Eddies visit Forge FC on Wednesday (7:00 p.m. ET/OneSoccer) and host Valour FC Saturday (6:30 p.m. ET, 4:30 p.m. MT/OneSoccer), they’ll have a good idea of where they’ll stand in terms of CONCACAF League qualification. Win both and, while the spot isn’t guaranteed, you could make an argument that FCE’s front office can start booking the airline tickets.

The CONCACAF League — which also features pro sides from throughout Central America and the Caribbean — acts as a qualifier for the CONCACAF Champions League. This year, the Canadian Premier League’s spot in the CONCACAF League will go to the winner of the spring season’s league-within-a-league that features Forge, Valour, and the Eddies.

The Eddies have already won in Winnipeg. So has Forge. Valour will likely need to win both of its remaining games and hope for help. But, as it stands, it looks as if the spot will go down to the games between Forge FC and FCE.

It’s an interesting contrast. We know what Forge is about; with 10 goals in six matches, Bobby Smyrniotis’s men have shown that there are a number of offensive weapons in the arsenal who can be match-breakers. And, Forge has already played six league matches, more than any other club.

Meanwhile, to many outside of Edmonton (and maybe a few in the city, too), the Eddies are a mystery team. They’ve played just three times, and one of those games was played, for the most part, with 10 men. We know they’re a big, big team, with six-footers in abundance. We know they’re hard to break down. But we’re not entirely sure about how they’ll play.

“What (the schedule) has done for us is that it’s allowed us to go through our systems in the timelines that I want,” said FCE head coach Jeff Paulus. “We build up our energy systems and fitness, and we do it gradually. Long run, I think that’s going to benefit us. But, right now, where it hurts us is that on-field chemistry. You need games together to create that non-verbal communication. Chemistry with each other happens in a game. So we’re a bit behind. Players do learn each other’s tendencies when they’re in games with each other, and we’ve not had that.”

So, because of the inactivity, the Eddies sit squarely in the middle of CanPL.ca’s power rankings, rooted at four.

But, as good as the Eddies have been defensively when we have seen them this season, yielding just one goal from open play in three matches, Paulus knows his side will need to improve in order to repel the Forge attack. Paulus pointed out Forge FC forward Emery Welshman, who has previously featured against the Eddies in NASL play when he was a member of Puerto Rico FC. He expects Smyrniotis to employ a 4-3-3, with the winger and fullback changing roles if need be.

“For us, there are no illusions. We have to be the more intense team, we’ve got to outwork them. We’ve got quality here as well. But we have to make sure our energy levels are higher than theirs.”

But one thing the Eddies have to improve on is their starts to games. They’ve been weakest in the 20-25 minutes after the opening kickoff.

FCE has a couple of players who have played in the CONCACAF Champions League; defender Amer Didic has been there with Sporting Kansas City, while midfielder James Marcelin played in the tournament a decade ago as a Puerto Rico Islander. Didic and midfielder Allan Zebie didn’t take part in Monday’s training session and likely won’t play Wednesday; the hope is that they can play Saturday vs. Valour.

But Marcelin knows what being the CONCACAF representative can mean for the club.

And he said that the CPL representative will become the measuring stick for the league as a whole.