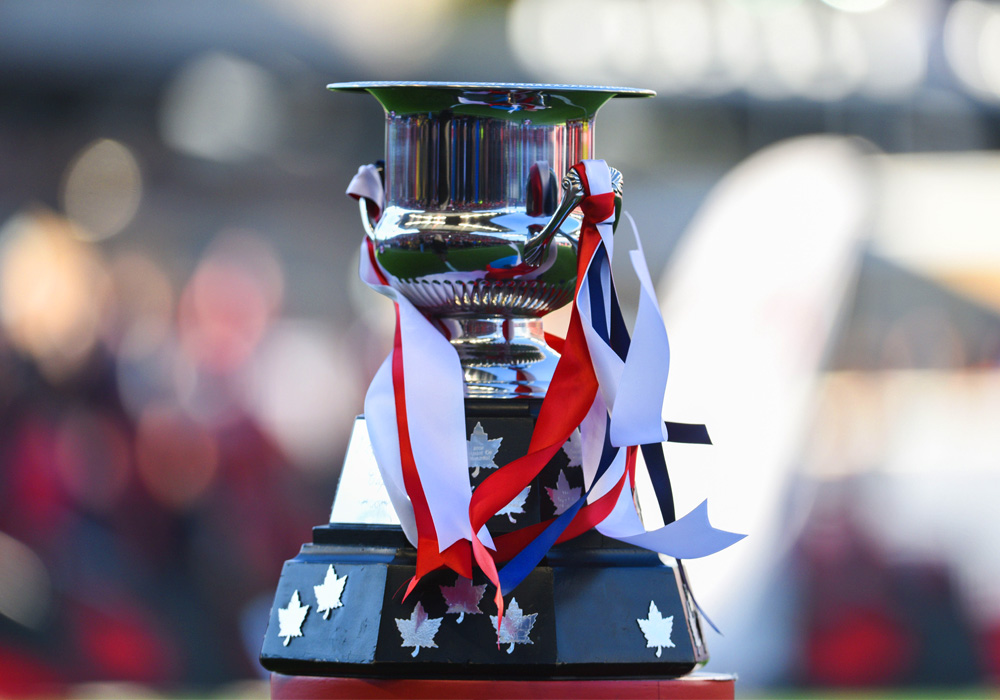 The Voyageurs Cup. (Canada Soccer).
What CPL Editorial staff members are looking forward to in 2019
2019-01-04
by
CanPL.ca Staff

The 2019 Canadian Premier League season is fast approaching its inaugural first kick in April, and with many milestone moments ahead and faces new and old forming this new league, Canadian soccer fans will have their plates full of football throughout the calendar year.

There’s a lot to unpack in the coming months as the league heads toward kick-off, and CanPL.ca’s Editorial group took some time to round up some of the things they are most looking forward to seeing within the league and Canadian soccer in 2019.

Here’s what they chose:

Like you, I’m eager to see the league’s inaugural schedule — which will answer questions that have lingered for the better part of two years.

Playoffs or no playoffs? Balanced or unbalanced? How many times will FC Edmonton and Cavalry FC meet in the Al Classico?

When and where will the league open its inaugural season?

Among the many milestones this league celebrated in 2018, official Matchdays and fixtures will increase the anticipation anxiety that’s brewing inside these offices and among Canadian soccer fans.

All of us — administrators, coaches, players, supporters — envision Opening Days at CPL venues across this country.

It’s going to be incredible to see those visions become reality.

Commissioner David Clanachan has been bullish when it comes to growth, mentioning communities from coast-to-coast that are exploring CPL expansion.

It’s one of the biggest — and yet most underreported — stories in Canadian soccer right now.

With most eyes rightly focused on the CPL’s inaugural season, a handful of Canadian cities should already be looking ahead to the 2020 season.

Heck, I’m already looking forward to what the Canadian club soccer landscape could look like in five years.

Questions answered about parity and strength

We’ve heard from the coaches. We’re learning more about their rosters. We’re talking about everything that can be talked about at the moment.

I’m looking forward to definitive answers on a few more questions that won’t be answered until at least the summer.

Namely, what are the standings going to look like come season’s end?

The league’s seven coaches went about moulding their rosters in their own ways.

Will one gaffer’s vision be vastly superior? Will another club have gotten it all wrong entering Season 1?

All questions answered in time.

As a self-professed kit connoisseur, there’s no more exciting off-field development in each offseason than the introduction of those new kits, something I’m looking quite forward to seeing revealed, too.

Who doesn’t like new merch, especially when you can rep your city at the same time, right?

With Macron providing bespoke uniforms to each of the CPL’s founding teams, supporters across Canada will don new colours this year with the badge of their teams – their cities – proudly worn above their hearts.

Beyond that? The first match ball and some of the more fashion-focused products are also on my radar.

The CPL trophy itself is something I also can’t wait to see both revealed and contested, but there are also plenty of year-end accolades I’m looking forward to seeing claimed.

Who will finish top-scorer in the CPL’s inaugural season?

FC Edmonton’s Randy Edwini-Bonsu has already laid down the gauntlet, telling media he’s chasing the CPL’s version of the “golden boot” at year’s end, but many more goal-scorers will surely challenge him for the nod. Which goalkeeper will earn the “golden glove?” Rookie of the year? League MVP?

It’s those individual races, coupled with the team effort towards silverware, that I’m excited to see unfold in 2019.

And speaking of chasing titles, 2019 provides plenty of tournament soccer for Canadian supporters to enjoy at both the club and the international level.

This will be the first year with an expanded Canadian Championship, and I have no qualms admitting I’ve got a few preferred matchups – Pacific FC vs. the Vancouver Whitecaps and York9 FC vs. Toronto FC come to mind, fingers crossed.

But, a Voyageurs Cup final contested between Cavalry FC and FC Edmonton would be something else to behold, too.

This year also sees Canada presumably compete for the Gold Cup – how will John Herdman’s side fair in their first tournament foray?

It’s what every nerd wants at this point.

But we’ve had to hold off analyzing players and potential lineups.

What I’m most looking forward to in 2019 is talking about how York9 will line up against an in-form Cavalry FC or which tactical adjustments FC Edmonton head coach Jeff Paulus will make when they visit Forge FC.

Having a list of players is the first step to satisfying my nerdiest footballing desires.

Where to watch and listen

It’s a common question: Where will we watch CPL games in 2019?

Beyond that, I’m most looking forward to learning who will be the storytellers on these broadcasts.

Who will become the “voice” of the Canadian Premier League?

Who will perform play-by-play duties at the first game and beyond?

This is the start of something new across Canada, after all.

The 1st kick in CPL history

I’m anticipating that buzz; a massive crowd with an overwhelming feeling of anticipation for the first game in CPL history.

How will the players react to the occasion? What will the supporters bring to the table? Wherever it happens, it is going to be loud.

I wonder how it is going to feel, with everyone in the stadium knowing how important this single match is and what it means to Canadian soccer moving forward.

It’s the next major peak for the CPL, the summit of a mountain. And I can’t wait for it all to kick off.