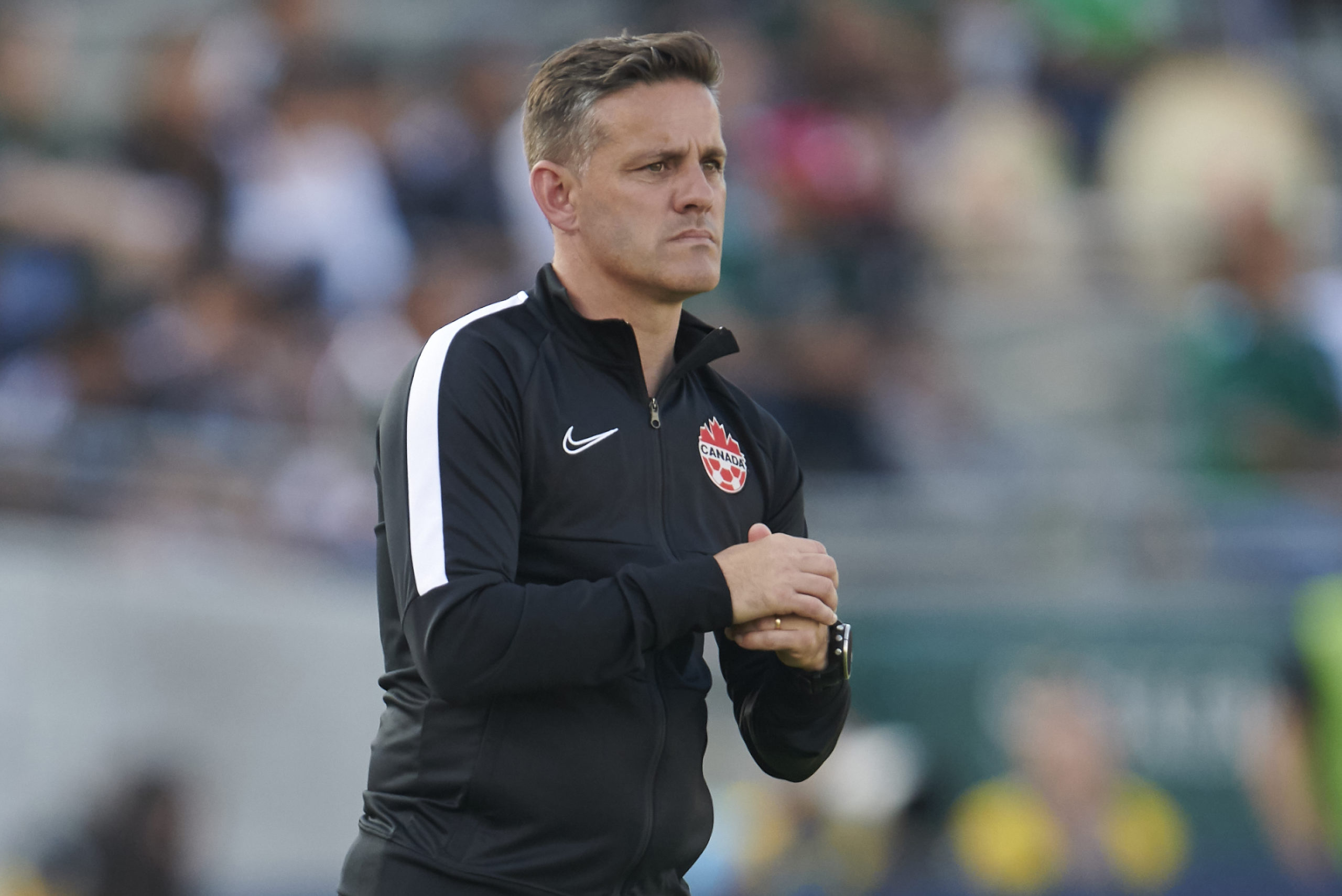 John Herdman will be keeping close tabs on Canada at the FIFA U-17 World Cup in Brazil. (Photo: Canada Soccer).
What you need to know: Canada at the U-17 FIFA World Cup
2019-10-25
by
John Molinaro, Director of Content (@JohnMolinaro)
News

After failing to qualify for the last two tournaments, Canada is set return to the big stage later this week when it competes at the FIFA U-17 World Cup.

If the U-17 World Cup snuck up on you, that’s probably because you were entirely focused on the upcoming Canadian Premier League Finals (wink wink, nudge nudge).

But don’t worry because CanPL.ca has you covered with this handy FAQ.

When and where will the U-17 World Cup take place?

The 18th edition of the FIFA U-17 World Cup is scheduled to take place in four venues across three cities in Brazil: Goiania, Brasilia and Cariacica.

The group stage of the tournament kicks off on Oct. 26, with the final and third-place match scheduled for Nov. 17 at Estadio Bezerrao in Brasilia.

Who will Canada play at the U-17 World Cup?

Canada will compete in Group A, with games against Brazil (Oct. 26), Angola (Oct. 29) and New Zealand (Nov. 1). All of the Reds’ opening round matches will take place in Brasilia.

The 24-nation field is divided into six groups of four teams. The top two sides in each round-robin group automatically advance to the round of 16. The top four third-place teams also move on.

Beginning in the second round, the tournament adopts a straight knockout format.

How did Canada qualify for the U-17 World Cup?

Canada was one of four Concacaf nations to qualify for the World Cup, clinching a berth with a penalty shootout win over Costa Rica in the quarter-finals of the Concacaf U-17 Championships staged in Florida in May.

The Canadians went on to lose to the United States in the semifinals.

Has Canada previously played at the U-17 World Cup?

Canada’s track record at the U-17 World Cup isn’t the best.

The Reds have played in six previous World Cups – including in 1987 when it hosted the competition – but have never progressed beyond the group stage.

In fact, Canada has never won a single game at the U-17 World Cup, losing 14 of 18 matches and being outscored 53-8. Canada holds the dubious tournament record of most appearances (six) without ever progressing from the first round

Didn’t Canada’s goalkeeper once score at the U-17 World Cup?

Yes! Current Forge FC goalkeeper Quillan Roberts netted the tying goal in a 2–2 draw against England at the 2011 U-17 World Cup held in Mexico to become the first goalkeeper to score a goal at a FIFA finals tournament.

Have any famous stars ever played at the U-17 World Cup?

This event, like the FIFA U-20 World Cup, is an opportunity for the game’s brightest prospects to announce themselves to the world – and many of them have used the tournament as a launching pad to go on to greater things.

Closer to home, York9 FC coach Jim Brennan and Mauro Biello, currently working as an assistant under John Herdman with the national team, represented Canada at the FIFA U-17 World Cup

Who is on Canada’s roster?

Who is the defending U-17 World Cup champion?

England stunned the field at the 2017 World Cup in India, winning its opening-round group with a perfect 3-0 record, and then vanquishing Japan, the United States and Brazil in the knockout round, before upending Spain in the finals.

The English became the first European nation to win the U-17 World Cup since Switzerland ion 2009.