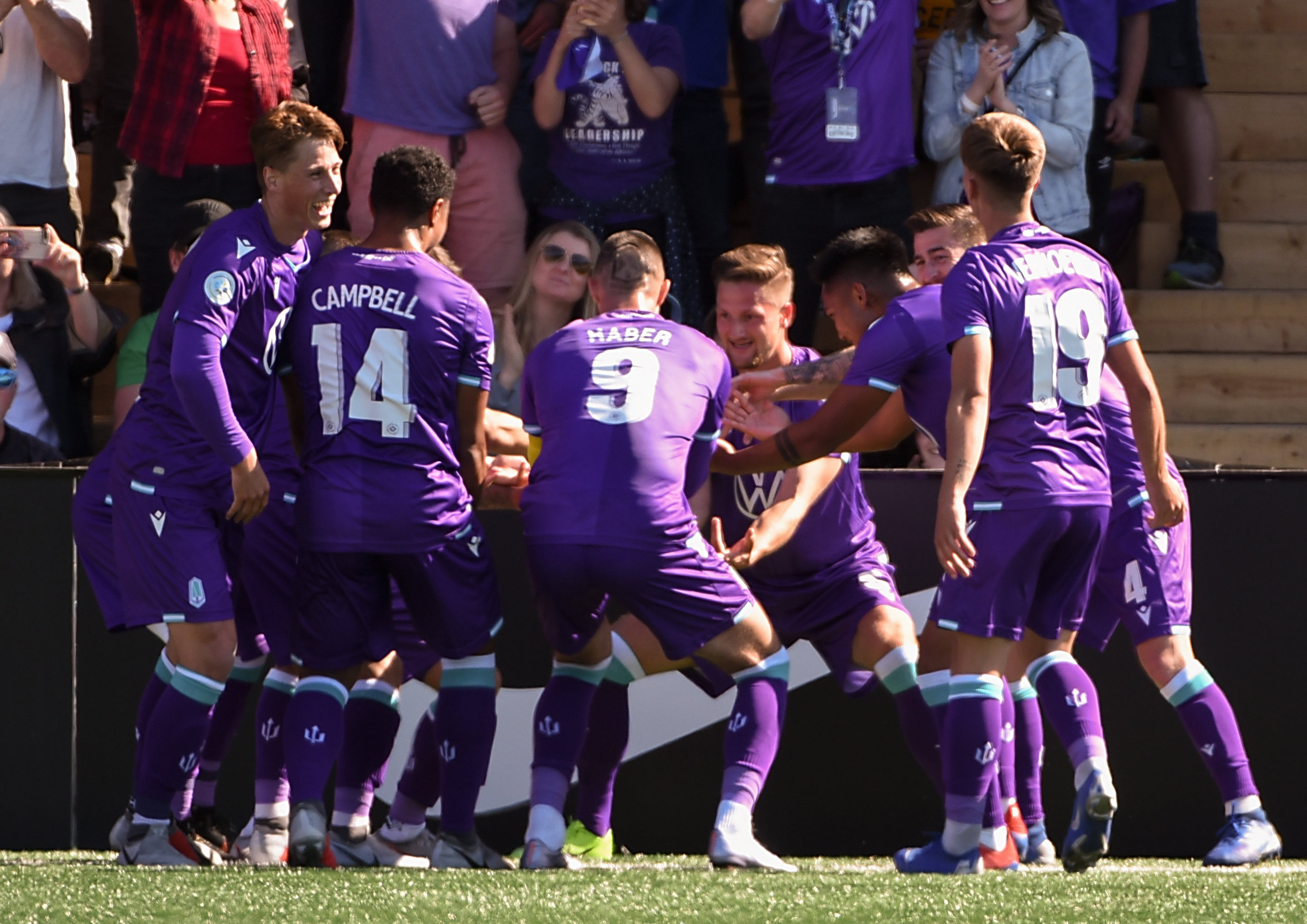 Pacific FC are looking forward to their Voyageurs Cup adventure, and

The Canadian Championship begins on Wednesday night for the Vancouver Island outfit as they host the first leg of their series against Cavalry FC. For Michael Baldisimo and Émile Legault, two of the many young players putting in key minutes for Michael Silberbauer’s side, this will be their first taste of the competition.

“I’m excited to play,” said Legault, who joined Pacific from French club AJ Auxerre days before the season began. “I watched it when I was young: Impact playing against Toronto, Whitecaps and everything. It’s a big cup.

“I hope we’re going to go as far as we can. And it’s exciting that it’s two matches. We have to be good, tactically organize ourselves.”

Baldisimo has seen the magic of the cup up close during his time with Vancouver Whitecaps FC Academy. He was signed to a short-term first team contract for the 2017 edition – the Whitecaps would lose to the Montreal Impact in the Semifinals – though it was a memory from 2014 against Toronto FC that stuck with him.

“I didn’t get on, but it was pretty surreal just being on the bench for the first team,” Baldisimo recalled. “One thing that I remember was when TFC came to Vancouver and beat us on penalties.

“All the academies teams came to watch and emotions were everywhere.”

Neatly enough, it was his current teammate Issey Nakajima-Farran who scored the final penalty kick to seal the victory for the visitors. And, in that spirit, Pacific hopes to conquer Canada, too – even if a few MLS teams stand in the way.

“In France, there is a cup like that (Coupe de France) and every year there is a team that is second tier, who can go all the way,” Legault said. “It’s exciting to see. Who can beat an MLS team? Maybe us, I hope it’s us. It’s going to be a real competition now.”

Baldisimo offered: “That’s all I want from the Canadian Championship: To show that CPL teams can compete in what they call the higher league in North America.”

With all seven CPL teams set to debut in the competition this year, as well as the three MLS clubs, Ottawa Fury FC, and the League1 Ontario and PLSQ champions – Vaughan Azzurri and AS Blainville, this will be the biggest Canadian Championship ever.

But first up for Pacific is Cavalry, who have gotten off to a perfect nine-point start in the Canadian Premier League Spring season.

“They’re playing quite well, really athletic,” Legault observed. “It’s going to be a challenge for us, as they are a team in confidence.

“We have to give 100% to show that we can handle this team and any team in the league.”