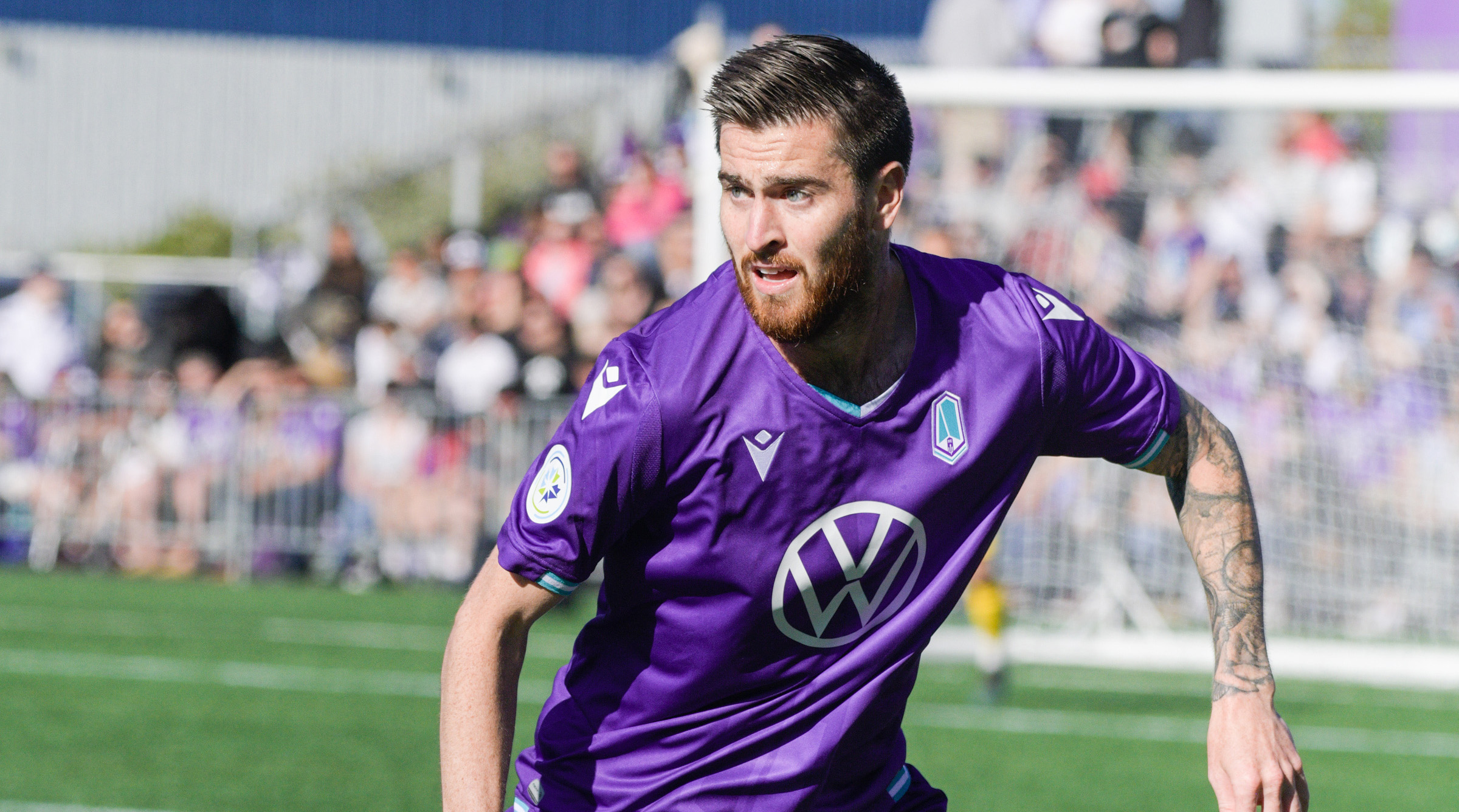 With the turn of the Canadian Premier League calendar from the Spring to the Fall season, it’s just about time to ask – which players have stood out the most on the pitch?

Sure, 10 games are merely a sampling, but already, some clear contenders have emerged.

For Pacific FC, a rash of injuries changed the fortunes of their marquee signings. Marcel de Jong has yet to suit up. Marcus Haber has been limited to six matches. Hendrik Starostzik seemed he could do no wrong in the season-opener, until he went down with a bruised tendon. But in their stead, another crop of talent has emerged.

“I’ve seen it many, many times that at the end of the season, it’s never the same way that you started,” veteran Issey Nakajima-Farran told CanPL.ca. “And that’s having a good depth to the team and having good options.”

Through 10 games, a new crop of faces have seen their stock rise. Here are the standouts from the CPL’s West Coast franchise.

Matthew Baldisimo has proven to be a monkey wrench for head coach Michael Silberbauer. After starting the season as defensive midfielder, the 21-year-old made the switch to centre-back for the final three matches of Spring. It was a gamble for the Danish coach; at 5’9″, Baldisimo is a good five inches shorter than Silberbauer’s conventional options at centre-back. Starostzik is 6’2″. Ditto for Lukas MacNaughton and Ryan McCurdy.

Though unexpected, the move has paid off: Pacific FC ended the Spring season 2-1 with Baldisimo on the back line, and the Whitecaps Academy product has won 66% of his duels in his new role.

The Burnaby, British Columbia native’s pass completion rate, 85.77%, is fourth-highest for any Pacific FC player who has logged at least 180 minutes. Which brings us to what may solidify Baldisimo’s case more than anything else: minutes played. At 863, Baldisimo has logged more minutes than any other PFC teammate—a good indicator of Silberbauer’s trust, and an invaluable asset on a roster hampered by injuries.

Perhaps no player on Pacific FC ended the Spring season better than Victor Blasco … actually, did anyone in the Canadian Premier League? Three goals in three consecutive games. Against Valour FC on May 20th, he was an absolute force: 93.3% passing accuracy, two chances created.

Blasco’s best result, though, may well have been his most recent, against Cavalry FC. Three shots on target, plus what seemed like an easy tee-up for teammate Alexander Gonzalez after a clever breakthrough run up the pitch in the 44th minute.

“Victor’s a prime example of someone who has all the ability in the world,” striker Marcus Haber told CanPL.ca. “You can see his game’s a lot more complete than at the beginning of the season, and now the goals are coming.”

The face of Pacific FC’s youth movement, Noah Verhoeven was everywhere during the first half of the Spring season—perhaps the club’s most consistent performer through its opening three matches.

There he was, April 28th, sending a picture-perfect in-swinger to Hendrik Starostzik for the franchise’s first-ever goal, the game-winner against HFX Wanderers FC. There he was again, May 1st against Valour FC, with 67 touches and a game-high four scoring chances created.

There’s also this stat: though his first five matches for Pacific FC, Verhoeven won 100% of his tackles and completed 85.98% of his passes.

“Noah’s been really good,” Silberbauer told CanPL.ca. “I trust him a lot. He’s willing to learn and get better.”

The hot start has cooled off to an extent, but the 20-year-old Surrey native’s value is still clear: when Verhoeven is at his best, so too is Pacific FC. There’s a reason he was invited to the Gold Cup pre-camp for Canada’s men’s national team.

More consistent than any player for Pacific FC, Blake Smith has been the West Coast club’s fulcrum on the back line. In nine Spring appearances and two Canadian Championship showings for PFC, the El Paso, Texas native has won 75% of his tackles, 60.24% of his duels, and has more interceptions per 90 minutes (1.885) than any other Pacific defender.

But it’s not just the defensive experience Smith, on loan from FC Cincinnati, brings to the table. He has created more scoring chances (9) than any other player on Pacific FC, aside from Ben Fisk (12) and Noah Verhoeven (11).

“For (Silberbauer) to have the confidence to let me go up and create opportunities is nice,” Smith told reporters after Pacific hosted FC Edmonton. “When I was younger, I had a little more energy and was an attacking player, so it’s just something that I grew up doing … When I do get up there, and I have the opportunity, I try and make the best of it, whether that’s whipping in a service for somebody else, or trying to get into the box. But it’s always a fun opportunity to create something.”