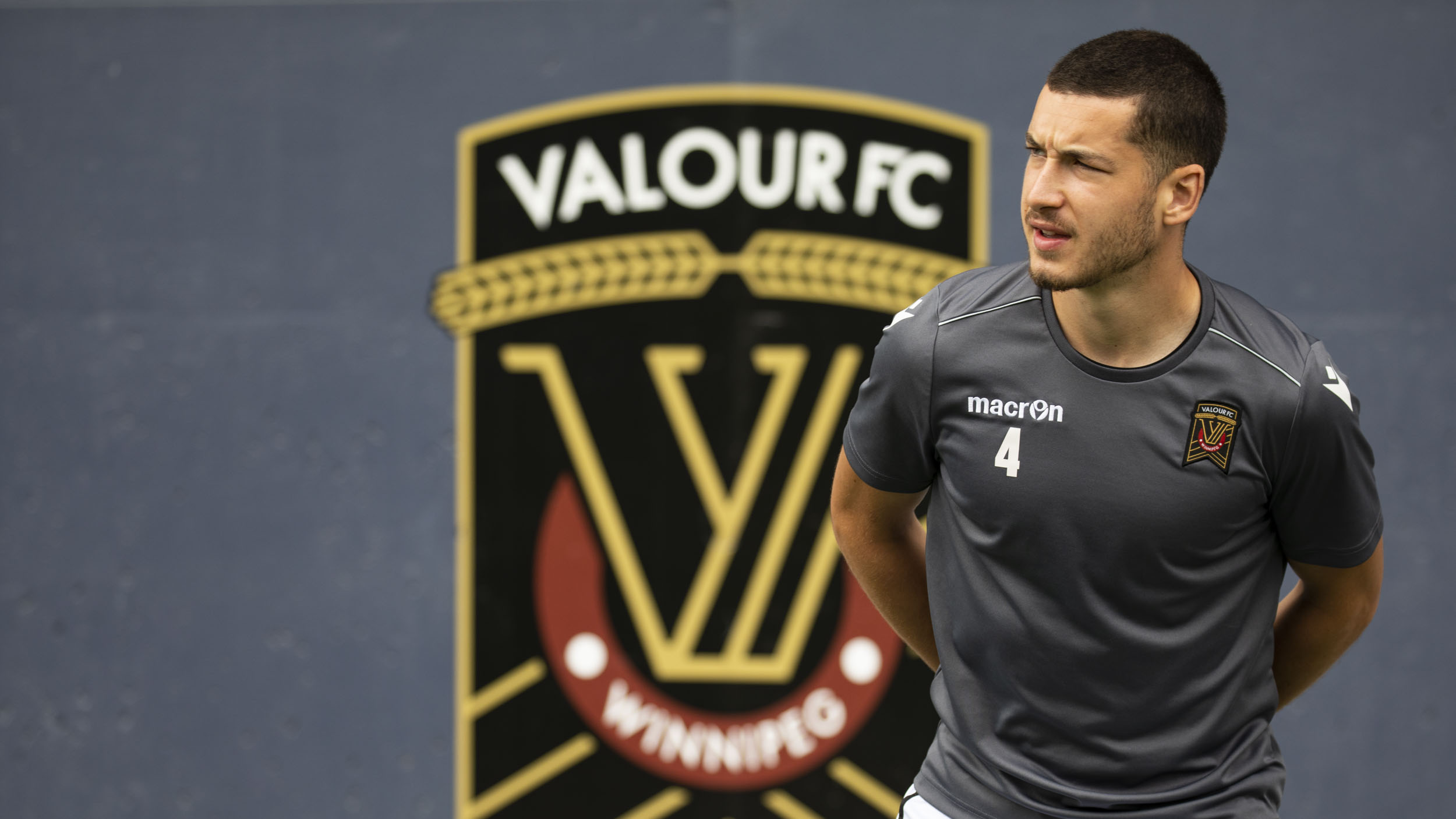 WINNIPEG – It’s a simple and straightforward approach, and those who know Yohan Le Bourhis can attest that his dedication to his craft and his work ethic is a reflection of the man himself.

There’s nothing complicated about the 20 year-old Valour FC defender, who is back with the club in 2020 after making eight appearances last season. It’s head down, nose-to-the-grindstone stuff. No days off on the pitch, no cheat days in his zeal to eat and train properly.

“Your body is your tool, right?” the Montreal-born Le Bourhis told CanPL.ca. “I want to play at the highest level and I’m never satisfied with how I play or how I eat… I’m always trying to perfect every aspect of my play on the field and outside it, too.

“That’s from since I was young. I’ve always played with a lot of intensity because my father and my coaches always taught me that everything starts with your training. I believe in that. That’s why in every training session I’m giving it my all because if you’re good in training then you’re going to be good in games.”

Valour GM and coach Rob Gale saw the daily evidence of Le Bourhis’ dedication upon his arrival last August, and it started when the man saddled up to the dinner table.

“For a young player he’s a great role model,” Gale said. “He has a great upbringing in the Montreal Impact Academy and being in and around the Canadian national youth team. And the fact that he was on the (provisional roster) for the Olympic team says a lot about him.

“What I’d say about Yohan is for his age he’s very, very strict, dedicated and disciplined in everything he does. The first five days that he came here we actually had him at my house while we were waiting on a house for him to use and I’ll say he eats well.

“I had to kick him out before I went bankrupt.”

RELATED READING: CanPL.ca Debate: Which Valour FC newcomer will have the biggest impact?

Le Bourhis was with the Impact Academy from 2015 to 2019, and he spent part of last season with A.S. Blainville of the Premiere Ligue de soccer du Québec. In his eight matches with Valour in 2020 he seemed to improve with every minute, and now he wants to grow those flashes into something more substantial.

“Last season really helped me explore this league because I really had no idea about it before coming here,” he said. “Plus, that was my first professional contract and so that was a new experience for me. I learned a lot being one of the youngest players on the team along with Tyler (Attardo) and that helped me improve on every facet of the game.

“I want to be able to play every game. Last year I saw how it works, I saw games against Forge and Cavalry and York and I want to play more now and more consistently.”

Le Bourhis made two appearances for Canada’s U17 team and three more for the U20 side. He was one of eight Canadian Premier League players named to Canada’s provisional roster for the Concacaf Olympic qualifying tournament (before it was cancelled due to the COVID-19 pandemic) and hopes to get another look for that squad – of which Valour ‘keeper James Pantemis is expected to play a huge role – before the 2021 Tokyo Games.

“Being named like that was great. I was really excited,” he said. “The Olympic Games, although it’s not as big as something as the World Cup, is pretty special for a player.

“I hope I am still in the mix for that and on their radar. All I can do is keep working every day and then we’ll see what happens.”