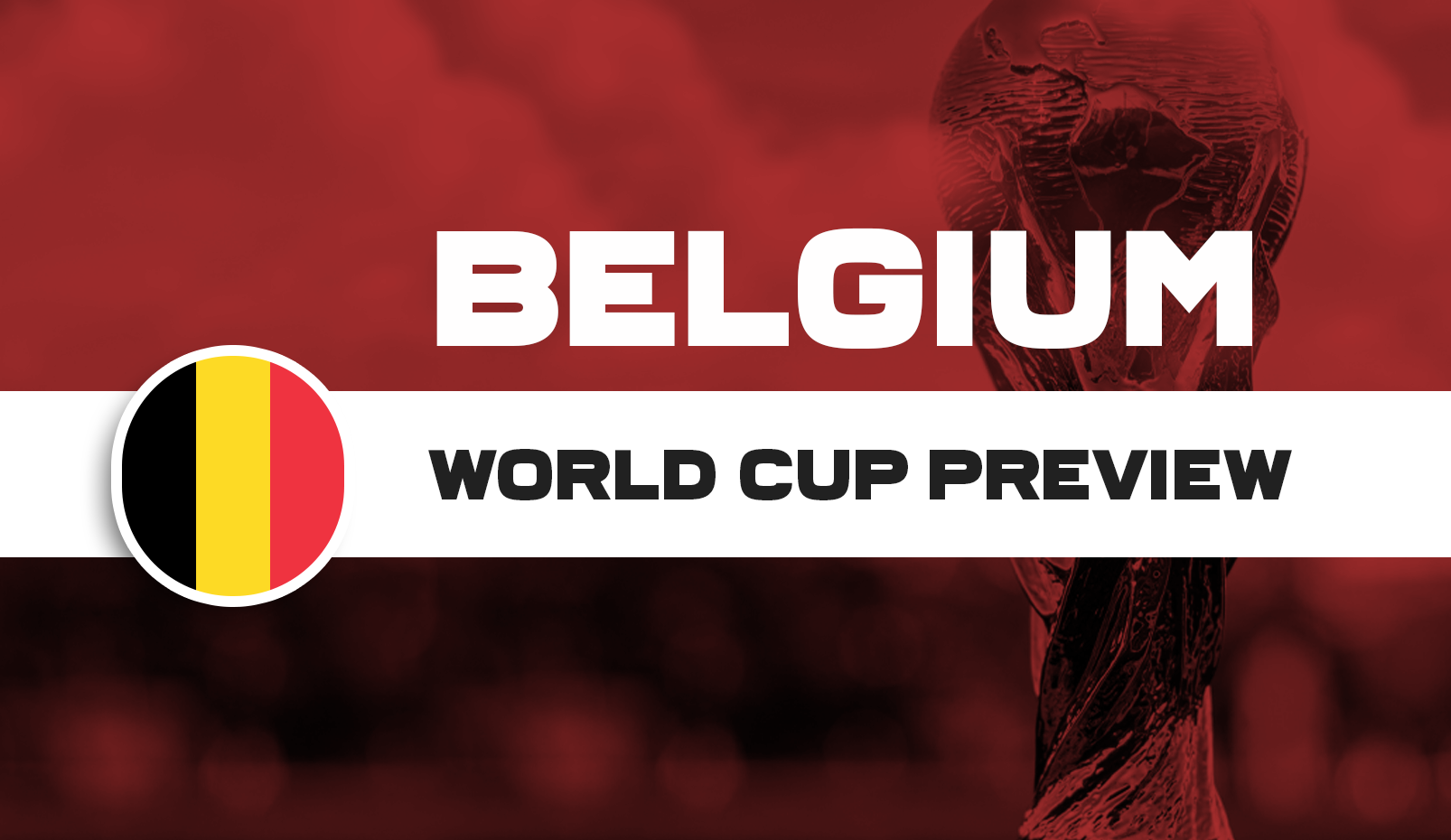 The Belgium team guide was written by Kristof Terreur (https://twitter.com/HLNinEngeland).

The plan isn’t much of a plan anymore, it is more a case of “it is what it is”. Roberto Martínez is simply sticking to the same tactical shape he introduced six years ago: the 3-4-3. The personnel has changed, though. No Vincent Kompany any more. No Thomas Vermaelen either, who was on the bench as one of the assistant managers. Instead, when Belgium played Wales and the Netherlands in the Nations League in September, the back three featured three players from the Belgian Jupiler Pro League. Toby Alderweireld (Antwerp) and Jan Vertonghen (Anderlecht) have recently come back home after playing in Qatar and at Benfica and then there was the young and promising Zeno Debast (18), who made his debut in September. The problem is that Alderweireld and Vertonghen are not at the same level as they were at Tottenham a few years back.

Belgium lost twice against the Netherlands in four months and the old, shaky defence is the main worry. The world-class Thibaut Courtois can’t stop all the attacks on his own. The options at the back aren’t too encouraging either. Jason Denayer, the No1 option to play alongside Alderweireld and Vertonghen, has not helped himself by rejecting several offers in the summer. He trained on his own for several months before signing for a club in Dubai in October.

Up front, Romelu Lukaku had a bad season at Chelsea and injured himself upon returning to Inter and only got back to full fitness in October. Eden Hazard is finally injury-free after three years of misery at Real Madrid, but is not getting many minutes there at the moment.

“Eden is still of great value for Belgium”, Martínez said of his captain. “The question is whether he can play 90 minutes and whether he can handle seven matches in a short period of time. No one is looking away from that reality. Eden hasn’t played at a constant level for a long time and that has consequences. But he showed his worth during the last international break.”

Hazard still gets the nod with Leandro Trossard used as a supersub. Otherwise Belgium rely heavily on Courtois and Kevin De Bruyne, the last two remaining world-class players they have got.

It is not yet known who will succeed Martínez after the World Cup or, in fact, who is appointing him. Martínez currently combines the job of technical director and national team coach at the Belgian FA but his contract is running out at the end of the year – will he pick his own successor? After six years the patience of the Belgian public is slowly running out, although what happens in Qatar will define his legacy. Martínez led Belgium to their best-ever result in a World Cup, the third place in Russia in 2018, but he has not won a trophy and Euro 2020 was a disappointment as Belgium were knocked out by eventual winners Italy in the quarter-finals. It may well be that the Golden Generation will for ever be known as the Bronze Generation. The Spaniard is getting more and more criticism for sticking to his untouchables; the fans expect to see more experimenting and some new faces. Even his “Mr Brightside” demeanour in interviews and press conferences is starting to frustrate some too. He has lost a lot of credit.

During the recent game against the Netherlands Kevin De Bruyne got frustrated. At Manchester City he is playing with the best in the world. With Belgium that’s a thing of the past. With Hazard and Lukaku often missing, De Bruyne has established himself even more as the leader on the pitch: the man who dictates everything. Belgium now rely on his brilliance. At Euro 2020 De Bruyne suffered an ankle injury in the last-16 tie against Portugal but still played — with injections — in the quarter-final defeat against Italy. It shows his commitment to the national team. In the last 10 competitive games he has been involved in eight out of 18 goals but is not playing in his best position; he is playing as a roaming No. 10 while some of his best football has come as a box-to-box midfielder.

In what would be Martínez’s preferred line-up there is not really an unsung hero but, when Lukaku is missing, Belgium can turn to Michy Batshuayi. Inconsistent at club level for many years as he was loaned out time and again by Chelsea, he is reliable for Belgium. Lukaku has played only one international game over the past year while Batshuayi delivered for Belgium in four of the eight games and his overall record stands at 26 goals in 47 international appearances. Not a bad tally. His goalscoring record is better than his overall involvement in games but that is sometimes enough against lesser opponents. A super sub.

Before the WC qualifier against Belarus in March 2021 a second-string Belgian team walked out in shirts adorned with the slogan: “Football supports change”, echoing the message of the Netherlands team around the same time. The Belgian FA also joined forces with their German, Dutch, Norwegian and Swedish counterparts, saying: “We actively stand up against racism and are not ignoring the problems in Qatar. We demand stronger action to improve working conditions and human rights in Qatar.” In September the Belgian FA CEO, Peter Bossaert, said: “Belgium regret that Qatar won the World Cup bid” and they will join England and other countries in the One Love campaign, with the captain wearing a rainbow-coloured armband.

For King, for Freedom and for Law! The Belgium national anthem is called “La Brabançonne” and, according to legend, the song was written in 1830 during the Belgian revolution. It has been attributed to a young revolutionary called “Jenneval”, a French actor working in Belgium, who apparently read the lyrics during a meeting at the Aigle d’Or café in Brussels. The music is written by François Van Campenhout and is based on a French song called “L’Air des lanciers polonais”. The lyrics were changed in 1860 to hail the kingdom and the independence from the Netherlands in 1830. The lyrics exist in the three official languages (French, Dutch, German) but it is not taught in school and many Belgians do not know the words. In fact, the politician Yves Leterme once accidentally began to sing La Marseillaise, the French national anthem, when asked about the lyrics of the Belgian anthem.

Whenever Ronaldo (the Brazilian) is asked to name his best teammates, he occasionally gives Luc Nilis as an answer. “We played together at PSV for two and a half years,” he once said. “He always gave me great assists. Every time, every match. More than [Zinedine] Zidane. Whenever he came up against the goalkeeper he was never selfish and made sure I scored. He was incredibly generous.” Nilis scored brilliant goals while playing in the Netherlands but his talent never got fully recognised in Belgium, partly as he scored only 10 goals in 56 games for the national team. At club level he got almost 300 goals in 475 games. His career ended when he suffered a double fracture of his right shin in his third game for Aston Villa and, as the injury got infected, there were even fears he may have to amputate his leg. Nilis, who is loved by hardcore football fans in Belgium, went through some dark times after the injury but is now managing in the lower leagues.

The Canadian Premier League is proud to be part of the Guardian’s World Cup 2022 Experts’ Network, a cooperation between some of the best media organizations from the 32 countries who qualified.