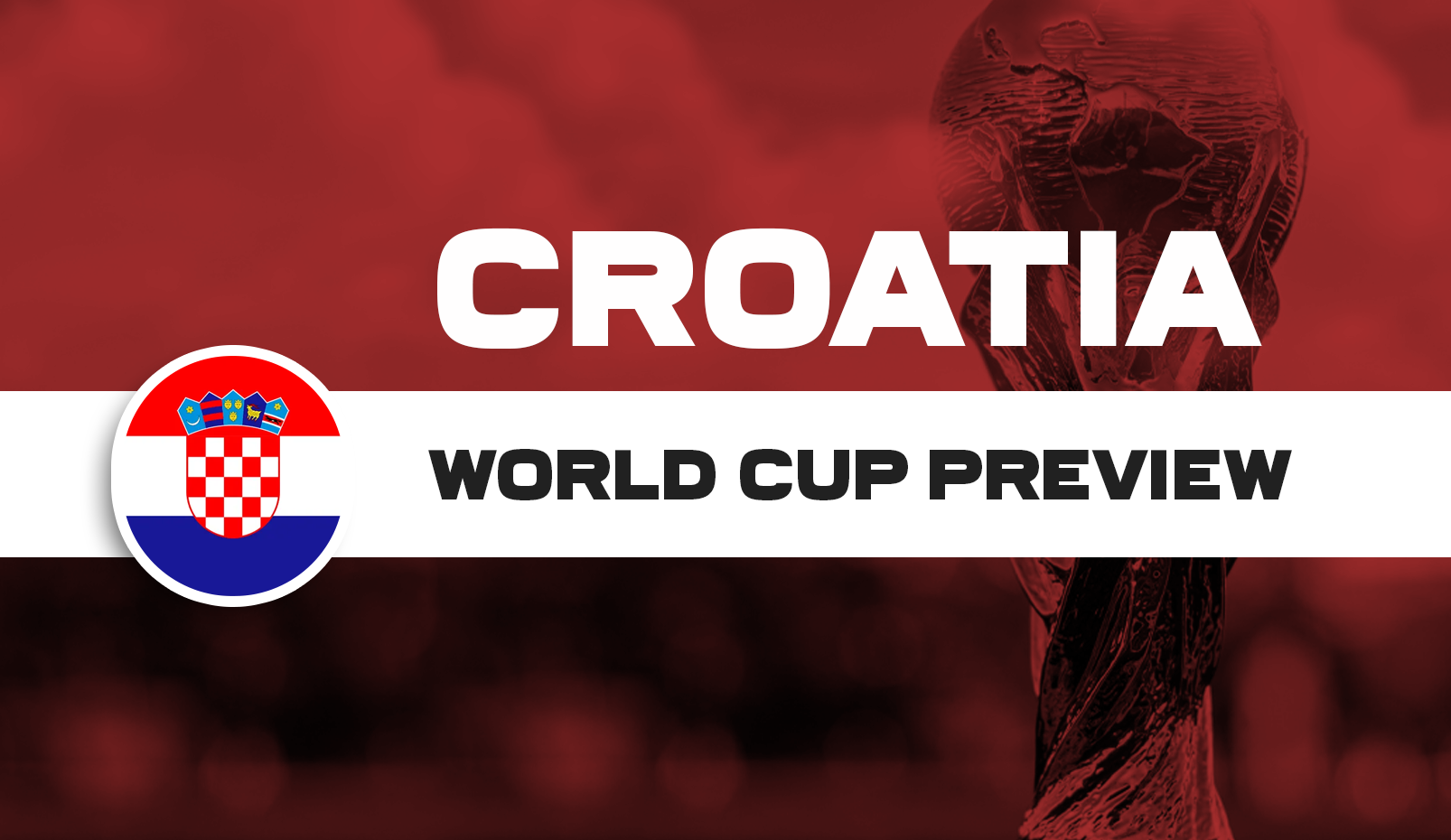 The Croatia team guide was written by Aleksandar Holiga (https://twitter.com/alexholiga).

The situation heading into the tournament has never been this clear. Nine of the 11 starting places feel cemented; the remaining two are anybody’s guess — but not because there are no good options, quite the contrary. Zlatko Dalic has three or four players competing for each of those (right wing and centre-forward) and will decide who gets the nod on a game-to-game basis, depending on the opponent and player form. What is particularly pleasing, given that in the past the manager had been known to engage in plenty of unnecessary experiments, is that he is now fully settled on approach and has made that very clear too.

“I won’t change the way we play,” he said ahead of the deciding Nations League matches that ultimately saw Croatia win a group consisting of France, Denmark and Austria. “When you have a midfield like ours, you have to strive to move the ball and create your chances through possession. We must play out of the back and when midfielders don’t have to drop deep to get the ball we are more dangerous. We’ll press when possible, and when not, we’ll defend in a block.”

The 4-3-3 (4-1-4-1) formation is definitely Dalic’s primary choice, with 4-2-3-1 as a backup. And although the midfield trio have more than 300 caps between them, there have been changes elsewhere — particularly in defence, with starting centre-backs aged 22 and 20 respectively, and much more mobile and confident on the ball than their veteran predecessors. Most of the 2018 silver winning squad has been replaced and there are important additions even since last year’s Euros, such as Josip Sutalo and Borna Sosa.

Somehow it all fell into place for Zlatko Dalic. He’s been through some depressing times and embarrassing defeats since the last World Cup, as signs of complacency and a rift within the squad took hold. However, he managed to reunite and reshape the team with fresh additions, emerging with renewed confidence and public approval — although not quite like the 2018 mass worship. His priest-like public persona and persistent talk of “humility” may have worn off a little but he is certainly not meek — just Milan’s Ante Rebic, who has not been a part of the team since Euro 2020.

Luka Modric. Clichés on ageing like wine aside, the 37-year-old captain is still fully deserving of his undoubted status of the team’s leader, its biggest star and MVP. You will see him work at least just as hard and run at least just as much as any of his younger teammates. And if time has slowed him down a bit at all, it did not take its toll on the speed of his thinking or on his creativity, which are at least just as incredible as they ever were.

Marcelo Brozovic used to be unreliable, inconsistent and without a fully defined position or role in the team; now he’s pretty much the opposite in all those aspects. With time, Brozovic has settled in the holding midfielder position and Croatia have benefitted because they used to lack that type of player in the past, certainly before the 2018 World Cup, which is when he made it his domain. It is where his seemingly endless stamina works best with both his physical and technical capacities. Virtually irreplaceable.

The dark side of the World Cup has been documented in various sections of the media, albeit usually without suggesting the players should concern themselves with such things, which they don’t. None of them have spoken up – and neither have the fans, really. As for the men in charge, they not only sent the team to Doha for a friendly tournament in March but in September assembled an impromptu Under-23 selection of players who did not make the senior or the Under-21 squad for a friendly against Qatar’s senior team. Croatia won 3-0.

Originally a mid-19th century poem by diplomat-turned-poet Antun Mihanovic, and composed by Josif Runjanin, at the time a young military cadet who also dabbled in music. It gained wider popularity in the 20th century and four — somewhat modified — of the original 14 verses were adapted into the national anthem titled ‘Lijepa naša domovino’ (Our Beautiful Homeland). The lyrics contain no war cries and nor does it address God and can be summarised as “Our land is so nice and we love it”. Since 1991 (some) politicians and (all) athletes have been singing it with their right hand on their hearts.

Ivica Olic. “What does a defender do when he sees Ivica Olic doing stepovers?” the joke went at the height of the forward’s career. “He politely waits until Olic finishes, then takes the ball.” Maybe Olice would have struggled to go past a piece of garden furniture with his dribbling skills but he could outrun anyone – or at least he would try to, over and over again. Fans loved him for it, because he was genuinely old school and a true fighter. Since 2017, when he made an almost instant transition after his playing career came to an end, Olic has been the assistant manager on Dalic’s staff – interrupted only by a brief stint as CSKA Moscow head coach last year.