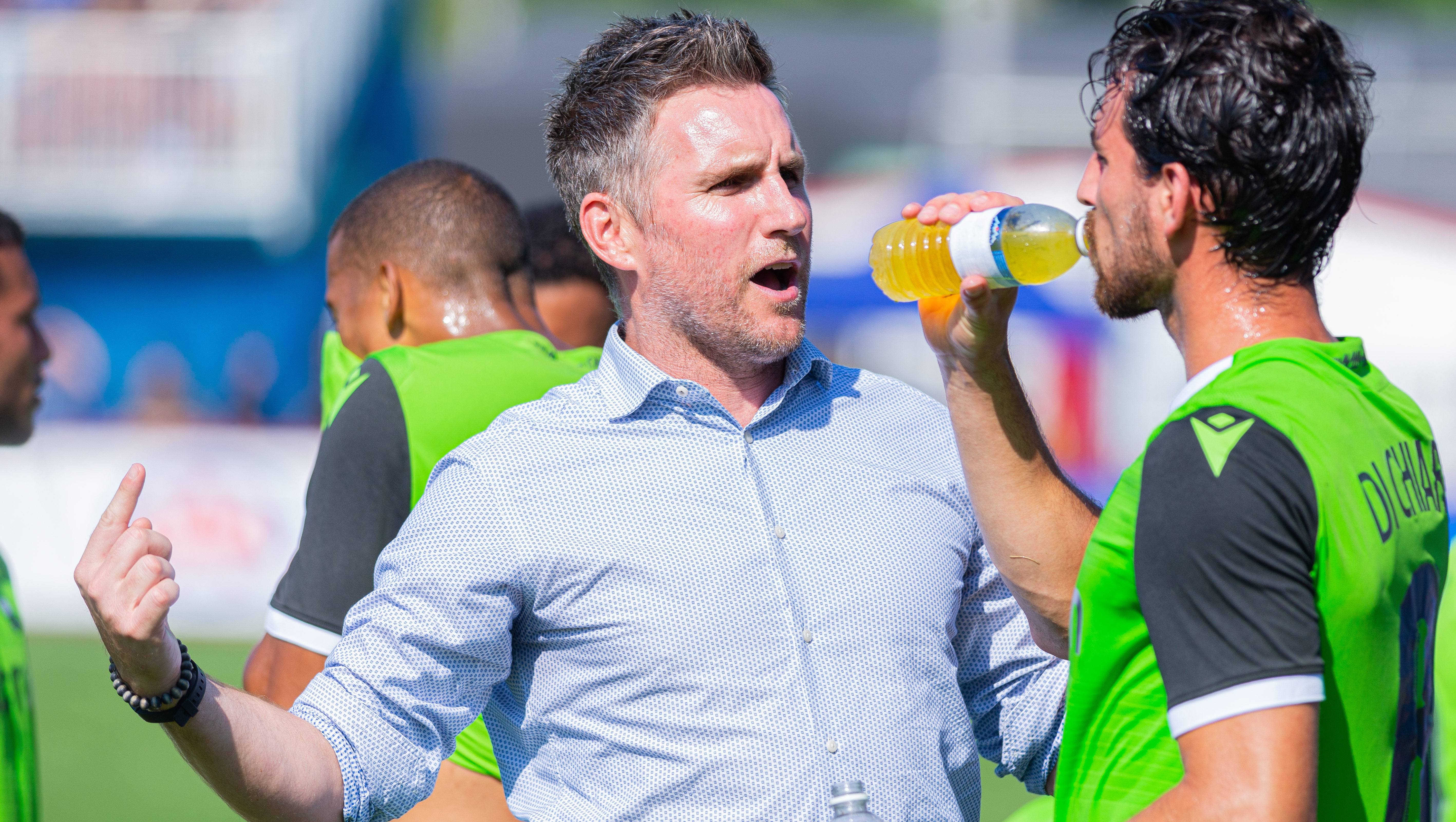 You’re never too old to go back to school. Just ask Jim Brennan.

For the past eight years, York9 FC’s bench boss has routinely travelled – at his own cost – to Europe where he sat in classrooms, attended countless seminars, visited and audited some of the biggest clubs in European soccer, gave presentations and completed homework assignments in order to work his way through UEFA’s extensive coaching license program.

As one of only a handful of Canadians who has the UEFA Pro license, Brennan can now coach at the very highest levels of club soccer. A UEFA Pro Licence is required for anybody who wants to manage a team on a full-time basis in the top tier of any European nation. Coaches also need to have a UEFA Pro License in order to manage a club in the UEFA Champions League and the UEFA Europa League.

“It’s a masters of football degree, essentially, because it takes so long to do and the amount of work that goes into it. I have ambitions as a manager – one day I’d love to coach the national team, or test myself at the highest level in club football. But if you don’t have the UEFA Pro License, you can’t do it. If you want to coach at the highest level in football, you need this license,” Brennan told CanPL.ca.

“The UEFA Pro License teaches you about all aspects of football: the governance of the sport, how to deal with different boards, building your backroom staff, on-field preparations, the psyche of players, the psyche of management officials. It’s every detail you can imagine that’s covered, and it’s very thorough.”

To qualify to take the UEFA Pro License, students must first complete the UEFA B License and UEFA A License programs, which both typically take two years to complete. Brennan started the process in 2012 when he was working as a coach in the TFC academy and served as an assistant with Toronto FC.

Brennan took the UEFA Pro License course that was being offered by the Football Association of Ireland, which meant that he had to fly to Dublin eight or nine times over a two-year period.

“We’d play a match on a Saturday afternoon with York9, and then Sunday morning I was jumping on a plane, and I’d be there three or four days, and then fly back home on a Thursday,” Brennan explained.

He later added: “It was taxing. It’s a lot of work but it’s enjoyable work. As a football manager, I’m a sponge, and I want to learn as much as I can… They teach you about who you are as a manager and get inside your head, about your tactics and how you adapt to the game.”

“We did club visits to see how they operate as a club and a staff, just review them from top to bottom, and then we’d have to go to UEFA headquarters, and there you sit in a big classroom and you’re learning from the top managers and the top club presidents in world football,” Brennan said.

“The club visits were great — you got to see everything, from how they set up their academies, to preparation for games, analyze games afterwards. Everything.”

At the end of the program, there’s no final exam, but students have to make an in-depth presentation in order to complete the course.

“They ask a lot of questions about your goals and ambitions as a manager, and they pick apart the work you’ve submitted to them. After they review it, they send you a note 10 days later and you find out whether you passed and qualify for the UEFA Pro License, or whether you have to take the course again.”

Brennan walked away from the program with a new outlook on soccer, stating that “the course taught me an awful lot about the sport I thought I knew, but really had no idea about.”

“I love this game. I’ve been involved in soccer since I was five years old. I have a huge passion for it; it’s my life. I knew I wanted to stay involved in the game when I retired, and the UEFA course helped me understand all aspects of football and the business side of it,” Brennan said.