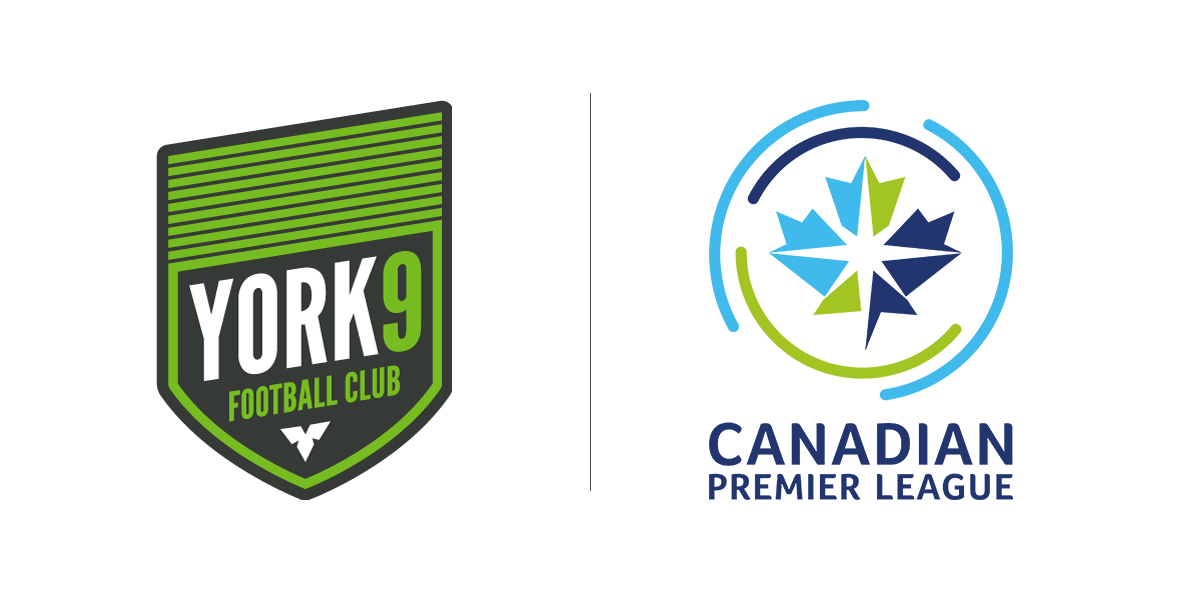 Vaughan, ON (May 10, 2018) – The Canadian Premier League (CPL) confirmed today that York 9 Football Club is one of the founding clubs to play in the highly-anticipated professional men’s soccer league set to debut in Spring 2019.

The club is the first professional sports franchise to be based in York Region – one of Canada’s fastest growing centres with a population base of more than 1.3 million.

The club is planning to start construction on a 12,000 to 15,000-seat stadium in the region within the next three years. For its inaugural seasons, York 9 FC will play out of York Lions Stadium (formerly Pan Am Stadium).

The official York 9 FC announcement was made today at Vaughan City Hall with representatives from York’s nine municipalities and hundreds of local supporters and business leaders.

The club crest is a reflection of the shape formed by the boundaries of the region. The nine rising beams represent each of the nine municipalities. At the base of the crest is the white trillium – the provincial floral emblem of Ontario and a source of pride for Southwestern Ontarians.

Electric Green is the club’s focal colour and it will be woven into the identity of York 9 FC. The vibrant green represents the forests of the region and the ambitious sustainability goals of the club. The region’s Black Creek River inspires York 9 FC’s additional primary colors, Charcoal Grey and Black on Black.

“We are thrilled to welcome York 9 FC to the Canadian Premier League and give this region’s passionate sports fans a club of their own. The initial support for the CPL in York has been overwhelming. Having the involvement of local business leaders like the Baldassarra family, who have greatly helped to develop and build this region, will help ensure York 9 FC becomes an integral part of the region’s cultural landscape.”

“It is a great honour that York 9 FC is one of the founding clubs of the Canadian Premier League and that our esteemed region finally has a professional sports team to call its own. This is a new era for sports in York Region and we hope that our team will inspire a new generation of remarkable athletes and passionate fans for years to come.”

“York 9 FC’s inclusion in the Canadian Premier League is our opportunity to proudly showcase the diversity and strength of York Region to the rest of Canada. Our team will be a testament to the region’s grassroots sports programs and its athletes. We can’t wait to get started and compete next spring.”

“I have spent my whole life in here, the time is right for York Region to develop its own identity. This is a booming area that is diverse, youthful, and passionate about football. It is our goal to ensure that when York 9 FC steps on to the pitch, it will reflect what our community is all about.”

Canadian Premier League (CPL) is Canda’s domestic men’s soccer league set to debut in spring 2019. Playing in world-class and unique venues, and partnering with strong community-led ownership groups, The CPL will bring professional soccer to communities across our great country.