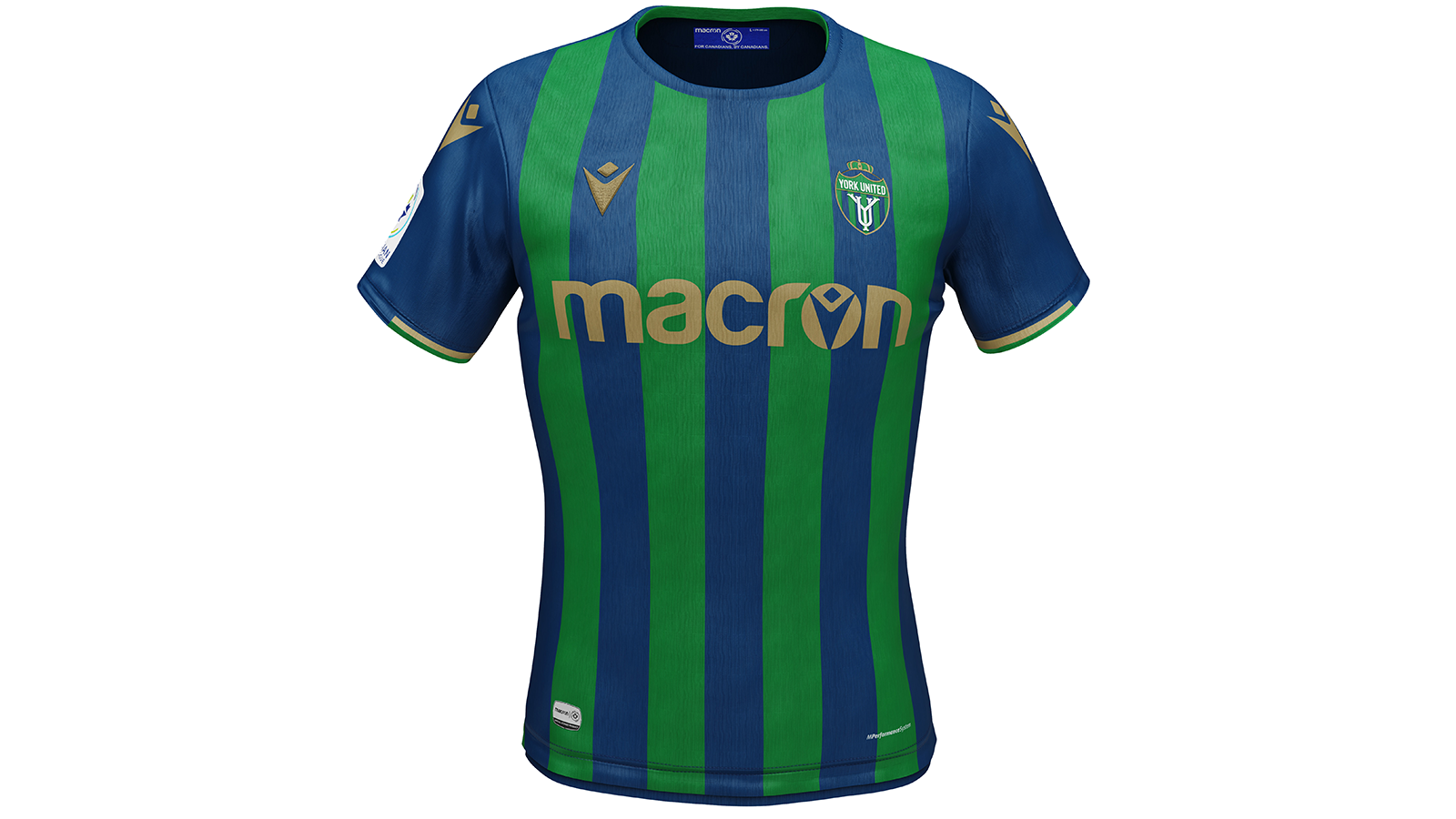 Every jersey features the league’s mission “For Canadians, By Canadians” on the inside neck – an everyday reminder of why this league exists and to inspire our mission to grow the beautiful game of soccer in Canada.

The new icon of the Italian brand, the Macron Hero characterizes and identifies the technical garments. The logo features the human body and takes inspiration from the tip of the spear, by definition a representation of dynamos and speed. The Macron Hero symbolizes even more effectively the joy at the end of the challenge, the achievement of a target, fatigue, passion and determination and epitomizes the Macron philosophy: “Work hard. Play harder”.

The jersey will highlight the club’s new primary colours York Green, Lake Ontario Blue and Victory Gold. Nine green and blue distinctive stripes are represented on the shirt’s front with subtle gold accents throughout. A feature that isn’t changing is the Nine Stripes representing their fan and supporter pride with a sublimated print callout and the recognizable trillium in Lake Ontario Blue on the back.

The authentic Nine Stripes Edition jersey will be available online for pre-order (with delivery scheduled for first quarter 2021) at: York United for $119.99 CAD (Adult) and Youth $59.99 CAD.

York United FC is one of eight teams that participates in the Canadian Premier League. Playing their home games at York Lions Stadium, the club has a commitment to the growth and development of soccer in their immediate community and across the nation. Full details about York United and information about their mission, vision and core values can be found at www.yorkunitedfc.ca.