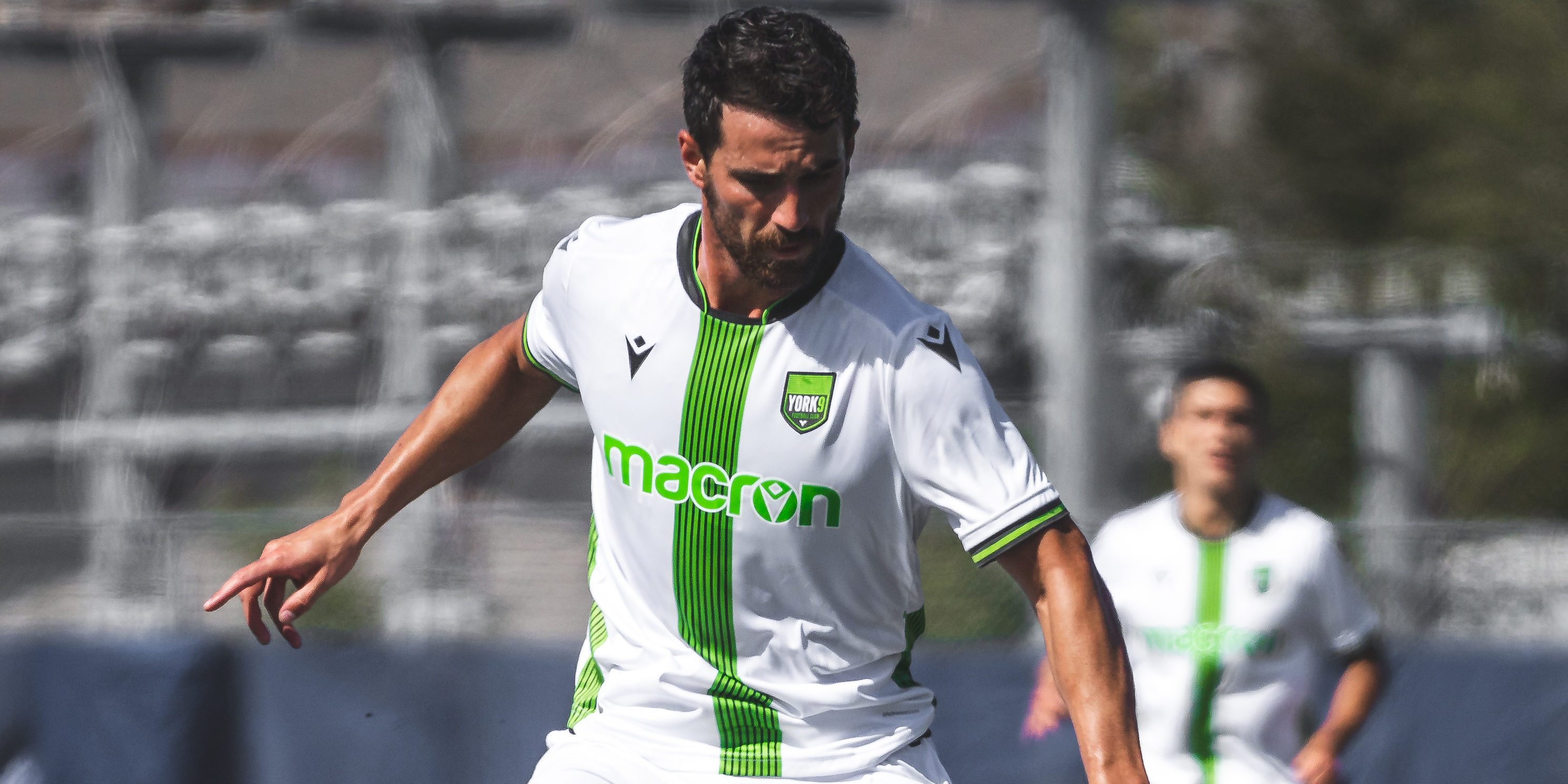 All season long, CanPL.ca reviewed key performers from each Canadian Premier League match, giving due credit to players who impressed over 90 minutes. Now, we offer this one last look at standout performers for York United FC to bring a close to an exciting second CPL campaign.

The 2020 season didn’t go quite as York United (or, at the time, York9 FC) planned it. They struggled to score from open play, and despite an excellent defensive record, they ultimately missed out on the second round of The Island Games by a single point.

Still, they lost just one game, going undefeated until the final game of their season, with solid wins against Forge FC and FC Edmonton. York had a number of bright spots in their lineup, from dependable veterans to talented youngsters.

There’s no avoiding it in this list, though: a lot of York’s top players from the 2020 season have since moved on to new clubs. In fact, all three mentioned below won’t be back with York United in 2021. That’s not to say York has lost all their good players, of course; Roger Thompson (an early favourite for the next captain, perhaps?) had an excellent Island Games, just missing out to his fellow centre-back here.

Players like Max Ferrari, Lowell Wright, and Isaiah Johnston showed that they’ve got serious potential for the future, as well. Nonetheless, it’d be unfair not to say that the below trio didn’t rise above the rest in 2020.

This season saw a few classic Di Chiara performances. The physical midfielder was all over the pitch in every game he played for York this year, typically racking up at least a few interceptions and tackles, more than a couple fouls, and he often had the best pass accuracy on the pitch.

Had York9 advanced beyond the first round, Di Chiara may have earned some more chatter for the CPL’s MVP award, such was his dominance in midfield. His two-goal performance against Forge was one of the best individual performances of 2020, with his near-perfect passing record and set-piece brilliance, with six tackles and 11 duels won to boot.

Joey D’s high-risk, high-reward brand of football has always endeared him to fans; he earned a yellow card in four of his first five games, which made him the first (and only) CPL player to pick up a suspension for accumulation in 2020. He sat out against FC Edmonton (the only minutes he missed for York this year), and promptly returned for the finale against Cavalry, where he was sure to pick up his fifth caution of his six-game season.

Di Chiara’s presence in midfield will be very difficult for York United to replace, now that he’s moved on to Cavalry.

What they said: “When you see Joe play in a match, that’s how Joe trains every single day. Right after the match I gave him a hug because I knew he deserved it, and the goals were gonna come for him. Overall I thought he was spectacular today. What a performance from him.” – York coach Jimmy Brennan on Di Chiara’s two-goal game vs. Forge

Is there a scarier sight in the CPL than Manny Aparicio standing over a dead ball? The former York captain has proven to be a true set-piece specialist in his two years at the club, causing havoc for goalkeepers and defenders with every corner of free-kick he takes.

Aparicio provided some of the best highlights of York9’s 2020 season in consecutive games, potting nearly-identical free-kicks from the top of the box against both HFX Wanderers and FC Edmonton. In a season where the Nine Stripes struggled to score from open play, Aparicio’s dominance from set-pieces helped them stay alive at times.

The @York9FC captain channels one of the great free-kick takers in Canadian sport with an inch-perfect replica of those signature strikes!

Just like Di Chiara, Aparicio was excellent on both sides of the ball this year, showing a tenacity in cutting out passing lanes and winning the ball back. Despite his five-foot-eight frame, Aparicio is surprisingly adept at the physical side of the game, on top of his skill with the ball at his feet.

The Nine Stripes were served well by their inaugural captain over two seasons, and he’ll be missed in 2021 now that he’s moved on to Pacific FC.

What they said: “If you look at the two past matches it’s moments of magic from Manny Aparicio, and not taking anything away from him, that made the difference. We don’t want to give them a free-kick, that’s for sure” – Cavalry FC coach Tommy Wheeldon Jr. prior to playing York9

The CPL’s first ironman continued to patrol the backline for York this past season, extending his streak of playing every single game so far in club history.

Through seven games in PEI, Gasparotto (alongside his stalwart defensive partner Roger Thompson) was very solid at the back, helping his side limit opponents to an average of just one goal per game, with two clean sheets. York ended the first round tied with Cavalry and HFX for the fewest goals allowed through seven games, which was largely down to the dependability of Gasparotto and Thompson.

Gasparotto led his team in interceptions, clearances, and aerial duels won, and ranked near the top of the CPL in all those categories as well. His passing was excellent and an important part of York’s game, as they often cycled the ball backward through him and Thompson in search of opportunities up top. Gasparotto also committed just five fouls, which is fairly impressive for a defender with as many defensive touches as him.

At the end of the 2020 season, Gasparotto revealed that he’s retiring from professional football.

“One of my objectives was to play as much as possible but I never thought it would be every single second of every single game in the club’s history. It’s a great achievement, another story to tell. A very special thing,” Gasparotto said.

Like the other two, Gasparotto’s absence will a key issue for York United to address as they prepare for the 2021 season.

What they said: “One of my objectives was to play as much as possible but I never thought it would be every single second of every single game in the club’s history. It’s a great achievement, another story to tell. A very special thing” – Gasparotto on his decision to retire