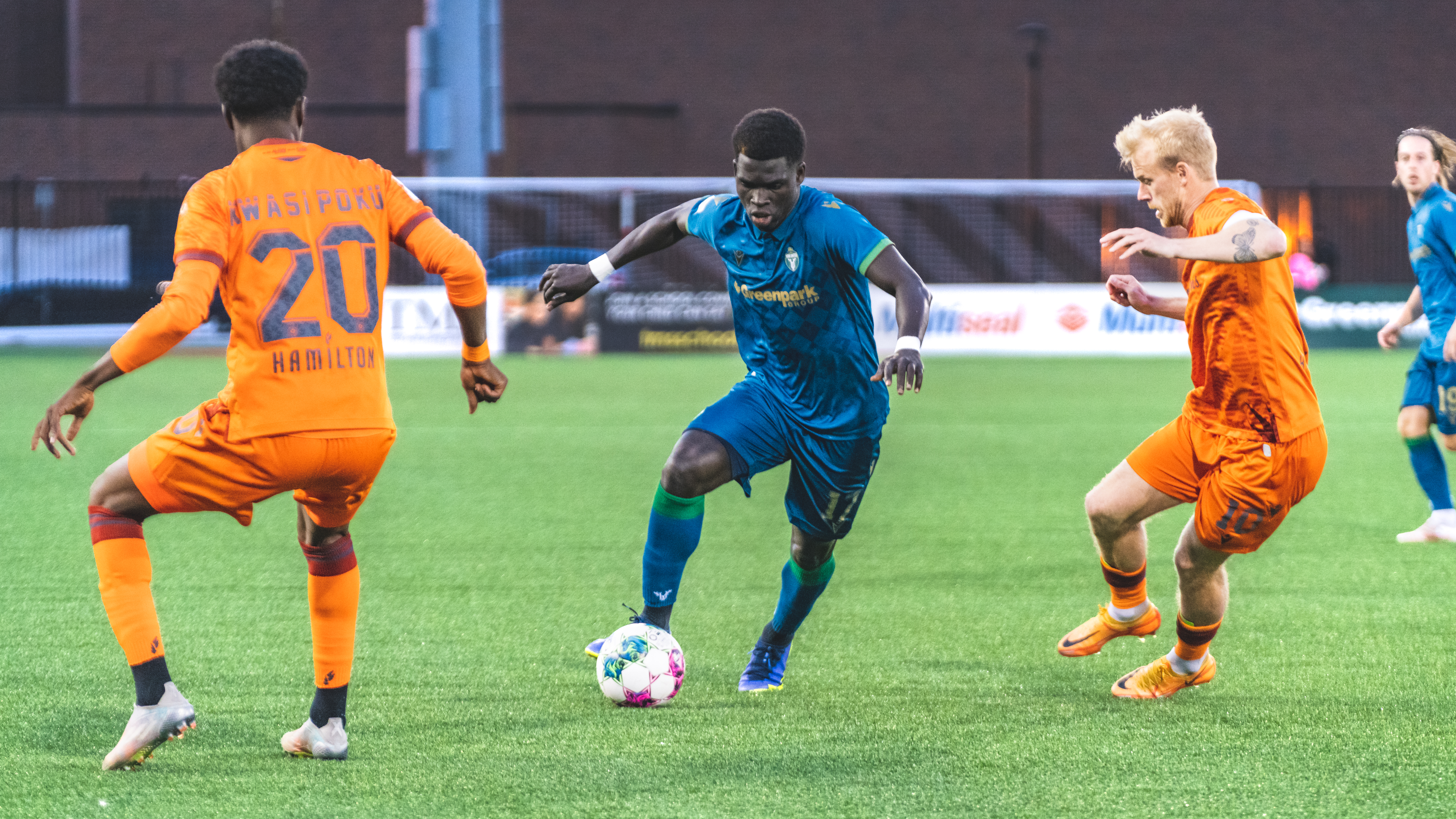 York United FC can confirm the loan of forward Mamadou Kane to FC Edmonton until the end of the 2022 season.

The 18-year-old has made 13 appearances in all competitions, 11 of those in the Canadian Premier League. In total, he’s accumulated 291 minutes of CPL action and also featured twice in the Canadian Championship too. In the semi-final clash with Vancouver Whitecaps at BC Place last month, it was Kane who provided a terrific assist for Isaiah Johnston in the club’s 2-1 defeat.

The teenager joins a number of current York United players at the Eddies, including Tobias Warchewski, Felix N’sa and Azriel Gonzalez.

Meanwhile, German striker Julian Ulbricht has been recalled from his loan at FC Edmonton and transferred to his former club Phönix Lübeck. As part of the deal, The Nine Stripes retain a percentage of any future transfer.

“Julian has been presented with a good opportunity back in Germany with his former club,” says Angus McNab, York United FC President/CEO & GM.

“It made sense for all parties, given the fact he could secure his playing future. The club has retained a sell-on as part of the agreement with Lübeck. With Julian leaving Edmonton, Alan [Koch] and I had a quick chat and this was a great fit for Mama to continue his development. He can get minutes as a number 9 and that’s an opportunity we couldn’t present so it’s the best situation for all.”