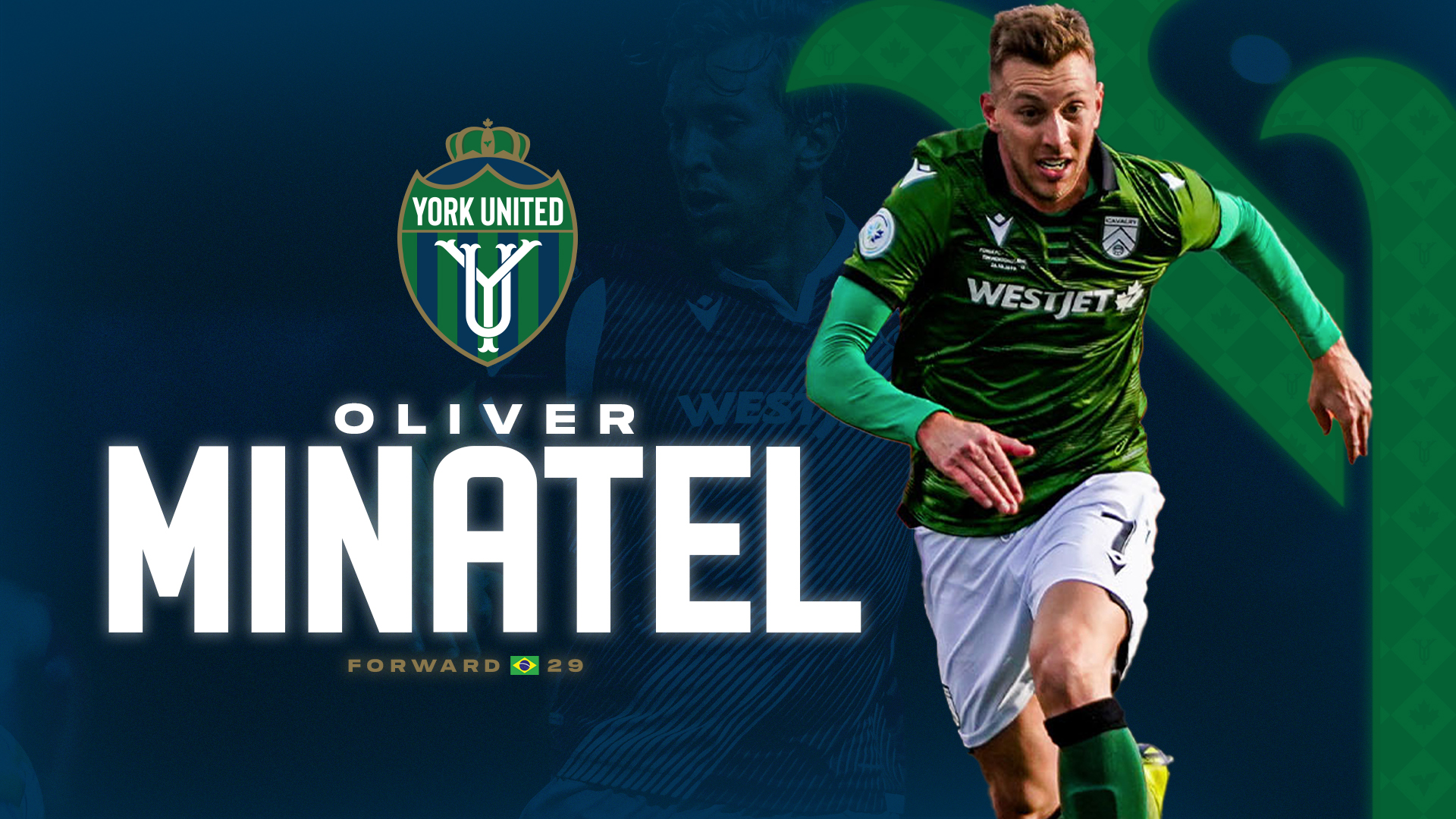 The 29-year-old joins on a one-year deal, plus options.

Most recently with Canadian Premier League side Cavalry FC, Minatel scored eight goals in 39 appearances during his time at Spruce Meadows, where he worked closely alongside new Nine Stripes boss Martin Nash.

“Oli is an experienced forward player, which I think is big for this group,” Nash says.

“It solidifies the spine of the team and it’s great to have some familiarity.”

The pair also collaborated successfully during their time together at the Ottawa Fury, where Minatel was a key member of the NASL side.

Prior to arriving in North America – where he also enjoyed stints with Richmond Kickers and Puerto Rico FC – Minatel spent time in the Portuguese top-flight with Nacional. His experience, personality and skill-set ensured it was an easy decision for York United CEO/President & GM Angus McNab to make. Logistically too, with Minatel also a proud Permanent Resident of Canada, he will not be deemed an international player.

“I think Oliver is going to be a vital member of this squad,” McNab says.

“A great player and a great person. An important piece culturally within the group too: the fact he speaks four languages fluently is great and will be really useful to us. But let’s not forget how good he is and how devastating he was in 2019. Buckets of goals buckets of assists. He was going really well in 2020 and was unfortunate with an injury against us: a freak football accident. But it’s testament to Oliver the effort he put into his recovery last year to get back. Martin [Nash] saw first-hand that it was a full and thorough recovery so there are no concerns and it’s great to have him in the group.”