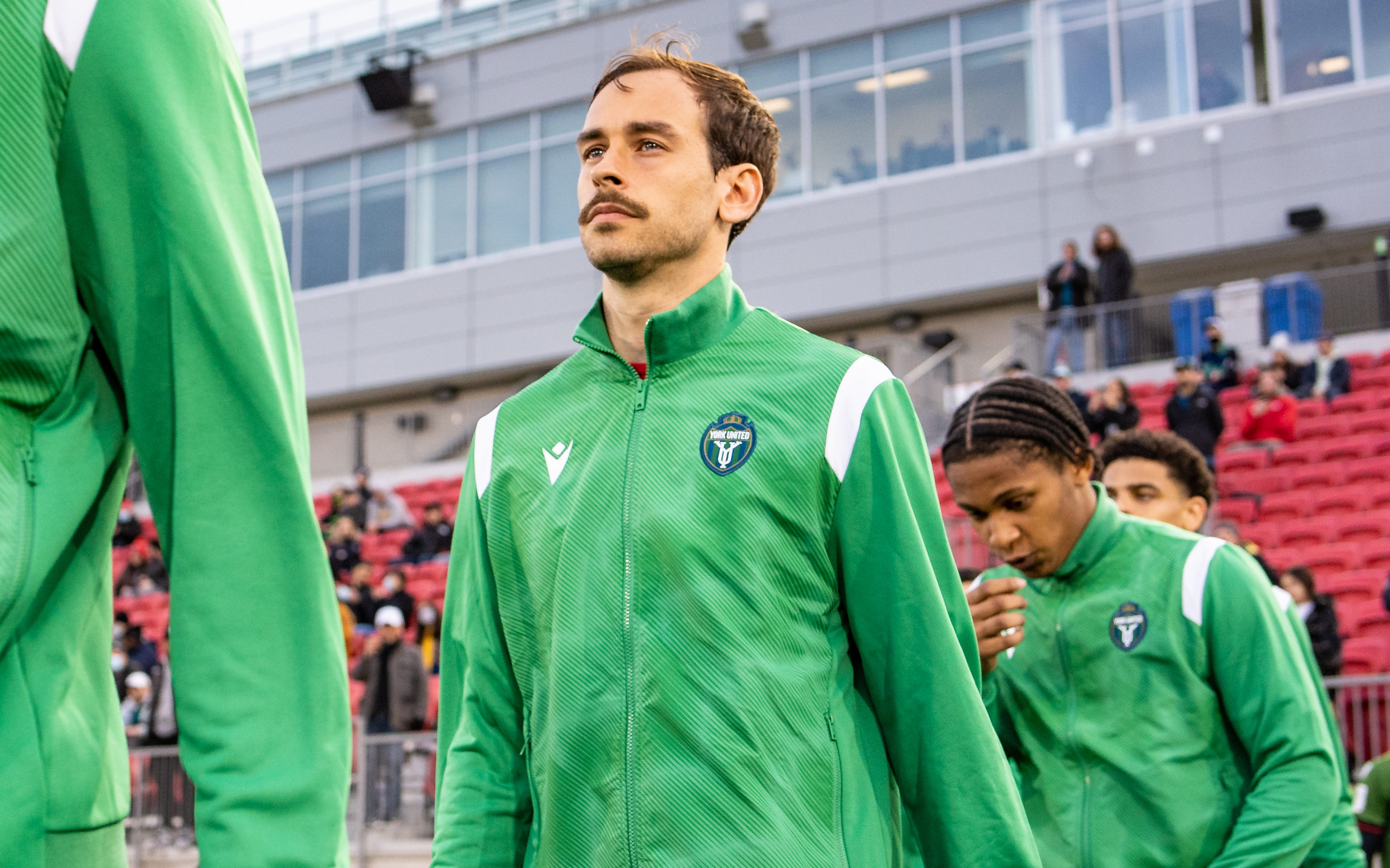 York United announced on Friday night that goalkeeper Niko Giantsopoulos has been loaned to MLS side Vancouver Whitecaps FC on a short-term basis.

Giantsopoulos will travel to join the Whitecaps in North Carolina, where they’re preparing to play Charlotte FC on Sunday afternoon. Due to injuries and several players entering MLS’s health and safety protocols, all of Vancouver’s goalkeepers appear to be unavailable for the game this weekend, which allowed them to sign Giantsopoulos to a short-term deal under the league’s extreme hardship provisions.

The York goalkeeper played all 90 minutes of the club’s match at Starlight Stadium against Pacific FC on Friday night, and following the game he departed to join the Whitecaps.

The loan will end on Monday and Giantsopoulos will then return to Vancouver Island, where York United will be playing Pacific FC in the Canadian Championship quarterfinal.

The 27-year-old Giantsopoulos, a Toronto native, has started all eight of York’s games this season, recording three clean sheets. He has made 17 saves, having conceded just six goals in all competitions in 2022.

This isn’t the first time York have worked with the Whitecaps, of course; last season, the Nine Stripes acquired Vancouver defender Matteo Campagna on loan midway through the season. Head coach Martin Nash played for the pre-MLS Whitecaps, and his brother Steve is part-owner of the current MLS club.

Giantsopoulos addressed the unusual detour in his postmatch press conference following York’s 0-0 draw with Pacific on Friday, explaining that it all came together very quickly.

“Change of plans, I’m going to have to reroute and travel south,” he quipped, explaining that he’d only learned of the possible move shortly before the match from York President/CEO Angus McNab.

“To be honest, I don’t know much about how it came about,” he said. “I was having a pregame nap and Angus gave me a call and said, ‘Hey, this might be happening, I’ll keep you updated.’ I kind of went on with my day and I shut down my phone once we had our pregame meal, so I don’t have too much information about what’s going on — maybe after this press conference I’ll check my phone and see if I have any updates.”

It’s been quite the whirlwind for Giantsopoulos, who’s now off to join the Whitecaps — though he assured York fans that he will be back on Van Isle in time for the match on Tuesday.

This weekend will certainly involve a lot of extra travel for Giantsopoulos, but the goalkeeper added he’s not worried.

“It might be a factor, but I’m assuming with all the adrenaline going and how excited I am for the opportunity I’m not even gonna feel the tiredness,” he said.

York coach Nash also spoke after the match, commending Giantsopoulos for remaining focused and earning a clean sheet for his team on Friday night despite the distraction of the news.

“It can be tough to keep focused when you get that kind of news a couple hours before kickoff, but he’s got a great mentality,” Nash said. “He’s a great guy. He didn’t let his focus shift from our game tonight — and I thought he was brilliant tonight, he commanded his box, claimed what he needed to claim, and was very good tonight. So he did well to be able to stay focused and do the job we needed for the team tonight.”

York United FC has loaned goalkeeper Niko Giantsopoulos to Vancouver Whitecaps in a short term deal. He will return to The Nine Stripes on Monday ahead of the team’s Canadian Championship clash with Pacific FC.#YorkUnitedFC | #UnitedByYou pic.twitter.com/WIIZmb6zkD