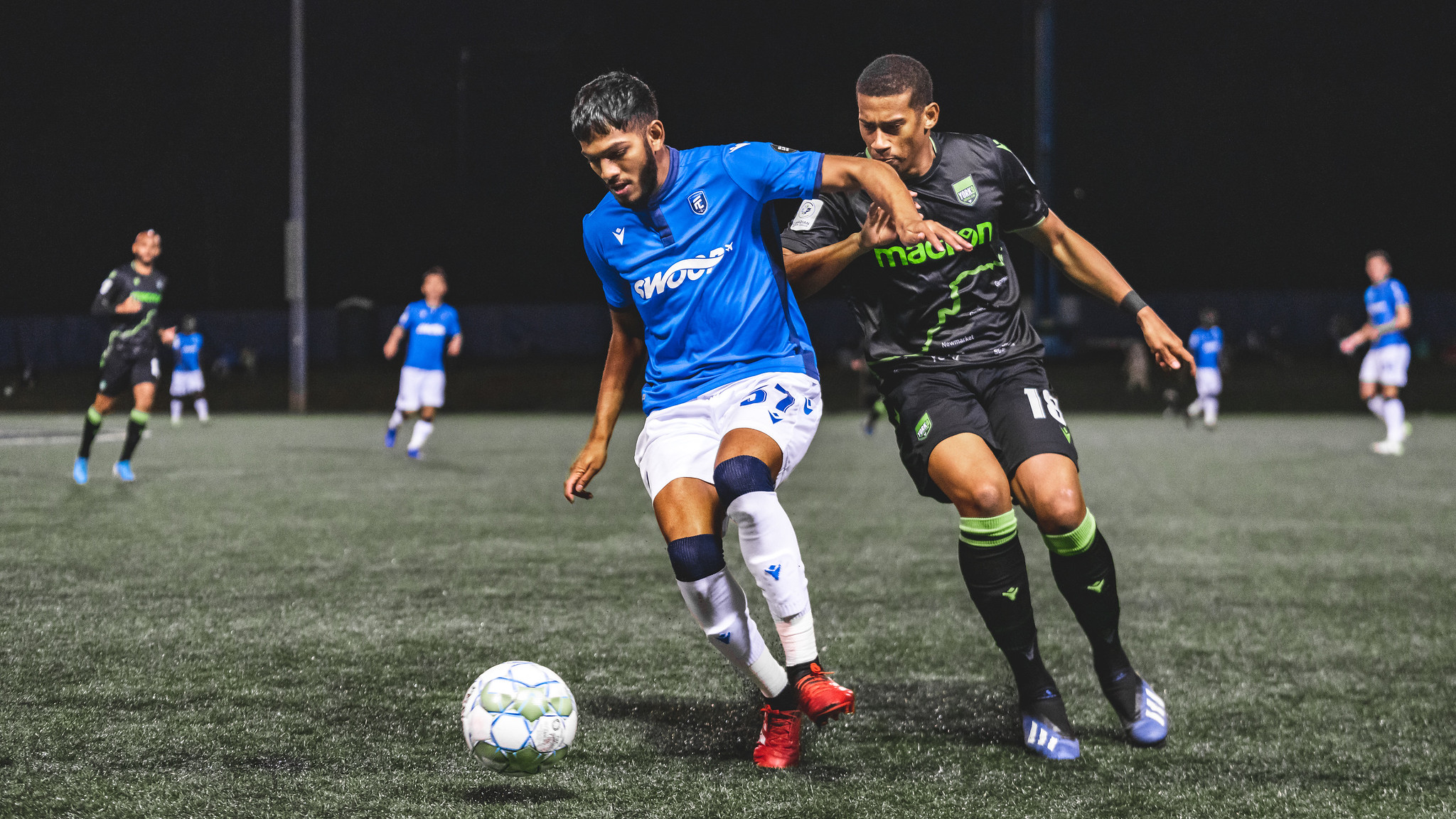 The club also announced that four international players won’t be joining the squad due to delays in getting them visas — Lisandro Cabrera, Mateo Hernández, Sebastian Gutierrez and William Wallace.

Cabrera and Hernández recently joined Costa Rican side Guadalupe FC on loan after both being together at Atlético Pantoja in the Dominican Republic.

“We still hold out hope that the visa situation will be resolved for Mateo, Lisandro, Sebastian, and William but we’ve had to make moves to ensure the roster is completed so we will be ready to start the season,” said club President, CEO and GM Angus McNab in a press release about the flurry of moves.

Mohammed, 21, joins York on loan from League of Ireland side Dundalk FC. He came through the Toronto FC Academy, playing 30 times for Toronto FC II between 2018 and 2019. With TFC II unable to play a season, he spent the 2020 season on loan at FC Edmonton and played five times at the Island Games, picking up an assist, but was released by TFC II at the end of 2020. He then signed for Dundalk, where he was yet to make an appearance prior to returning to Canada on loan.

“Terique has worked with our staff before and is known to everyone in the league from his performances with Edmonton last year,” said McNab. “He’s coming here to play games and compete for a starting role. It strengthens our defensive options even more and we are delighted to have him.”

Faria, 20, also a local Toronto FC Academy product, spent a lot of time playing with Mohammed for Toronto FC II in 2018 and 2019, and was also let go at the end of the 2020 season. A midfielder, who has played for current York United assistant Paul Stalteri with the Canadian youth national team setup, Faria has over 30 appearances at the USL level.

“Jordan is a really promising young player and he’s also a local boy,” said McNab. “We are very excited to have him join this group.”

Lavergne, a 22-year-old central midfielder from the Dominican Republic, joins the club from USL League One side FC Tucson. With nine caps for the Dominican Republic’s national team, and CONCACAF Champions League reps during his time with Atletico Pantoja, Lavergne has a lot of experience under his belt for a player his age.

“Gerard is someone I looked at prior to him signing with Tucson,” said McNab. “Any time you get a player with international experience it is positive and he was fantastic at Pantoja last season.”

Atletico Pantoja was the club Lisandro Cabrera and Mateo Hernández were on loan at until recently.

“Ozzy is a player that brings a real physical presence and represents another option for us,” said McNab. “He’s strong with his back to goal and links play well.”

Faria and Lavergne have signed one-year contracts with an option for the 2022 season, while Ramirez has signed for one year with options for 2022 and 2023. Mohammed is on loan for the 2021 season.