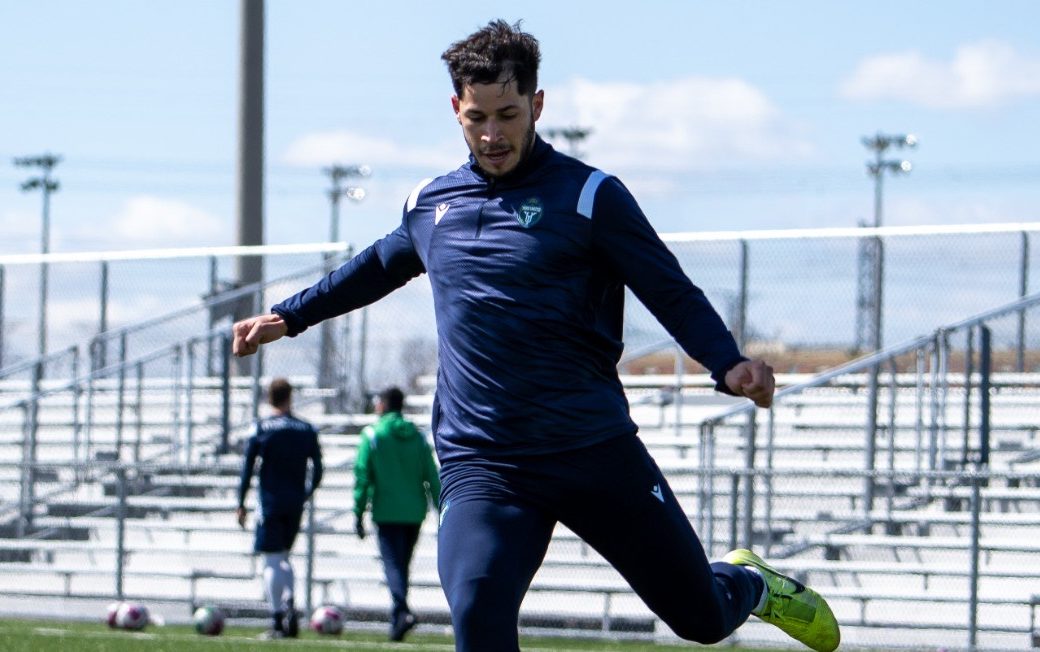 York United announced on Thursday that the club has inked forward Austin Ricci to a contract for the 2022 Canadian Premier League season with club options until 2024. Simultaneously, the club confirmed that Czech forward Martin Graiciar will miss the full campaign as a result of an injury suffered in preseason.

Ricci, a 26-year-old hailing from Richmond Hill, Ontario, is returning to the club where he made his professional debut, having played for York (then known as York9 FC) in its inaugural season back in 2019. He left the club following that season after making 11 appearances for the Nine Stripes, and he went on to sign for fellow CPL club Valour FC.

At Valour, Ricci played 24 times over the 2020 and 2021 seasons, scoring eight goals and adding two assists. In 2021, he was one of the most dangerous strikers in the CPL in the early stages of the season, recording his eight goals in the first 18 games of the year (including three in Valour’s two Canadian Championship games), before suffering an injury in early September that cut short his campaign prematurely.

Prior to his time in the CPL, Ricci spent time in League1 Ontario with Vaughan Azzurri and in the PDL with Michigan Bucks, and he played four years for Oakland University of NCAA Division I.

“I’m delighted that Austin has chosen to rejoin the club,” said York United CEO/President & GM Angus McNab. “He’s a player who was absolutely flying before he got injured and we think he can recapture that form and be a key piece of what we want to do, both with and without the ball. He’s been training with us to maintain his fitness and get up to speed so integrating him in the group is easy.”

McNab added: “Although we are happy that Austin has signed for us, there are mixed emotions because it means that Martin Graiciar has suffered a season-ending injury in late-February, just before we departed to Vancouver for pre-season camp. Sadly, things haven’t improved.”

York will be hoping Ricci can add some more goalscoring prowess to their lineup with his speed, direct play, and clinical finishing ability.

Ricci’s first chance to make an impact for the club in 2022 will come on Friday night, when York United host Cavalry FC at York Lions Stadium (7:30 p.m. ET, on OneSoccer).