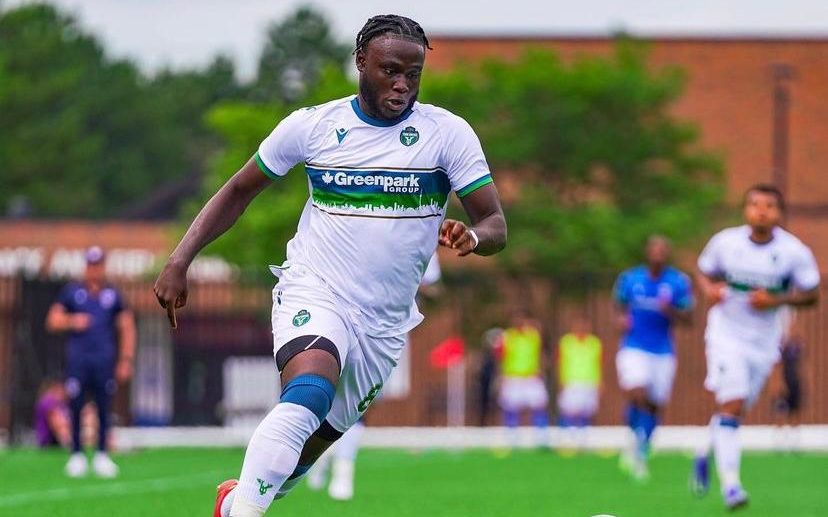 York United FC of the Canadian Premier League announced on Wednesday that the club has agreed to transfer Canadian forward Lowell Wright to the Vancouver Whitecaps for an undisclosed fee.

Wright, an 18-year-old native of Brampton, Ontario, has been at York United for the past three seasons, having first signed for the club as a 16-year-old in July 2020. Wright would go on to play 44 games for York, scoring seven goals and adding five assists in his time there. When he first joined the Nine Stripes, Wright was at the time the youngest player to sign with the club.

He made his professional debut off the bench at the CPL’s Island Games in Prince Edward Island on August 15, 2020, scoring a goal for York in a 2-2 draw with Atlético Ottawa to become the youngest goalscorer in CPL history aged 16 years, 11 months, 26 days. Since then, he’s gone on to become one of the CPL’s most impressive young attacking players, frequently demonstrating an ability to

Prior to signing for York, Wright had suited up in League1 Ontario for Woodbridge Strikers, having also spent time in the youth academies of Toronto FC and Sigma FC. Internationally, he has represented Canada at the youth level, having earned a call-up to the U-20 team for the 2022 Concacaf U-20 Championship, where he featured in all four of Canada’s games and scored twice.

“This is a great move for all parties,” said York United CEO/President and GM Angus McNab in a statement. “Lowell has shown over the past three seasons in the CPL that he is a dynamic and exciting young talent who is capable of producing moments of brilliance.”

He added: “This is something we’ve been discussing with Axel [Schuster, Sporting Director & CEO] and the Whitecaps since we had dinner with him the evening before our Canadian Championship semifinal in Vancouver back in June. I’m delighted Lowell is getting this opportunity with them as I really think some of their recent recruitment has been exciting and it’s going to be an environment in which Lowell will really be challenged.”

The Whitecaps revealed that Wright has been signed to an MLS NEXT Pro contract through 2024, with a club option for 2025.

“Lowell is a young Canadian player who we have been tracking,” said Schuster in a Whitecaps statement. “He is still a teenager and has shown growth in both the CPL and for Canada’s U-20 men’s national team. We’re pleased to come to an agreement that is beneficial for Lowell, York, and for our club.”

A look at the best of @LowellWright15 during his three seasons with @yorkutdfc 🟢🔵#CanPL @WhitecapsFC | 📺: @onesoccer pic.twitter.com/u5Hr9yOuyV