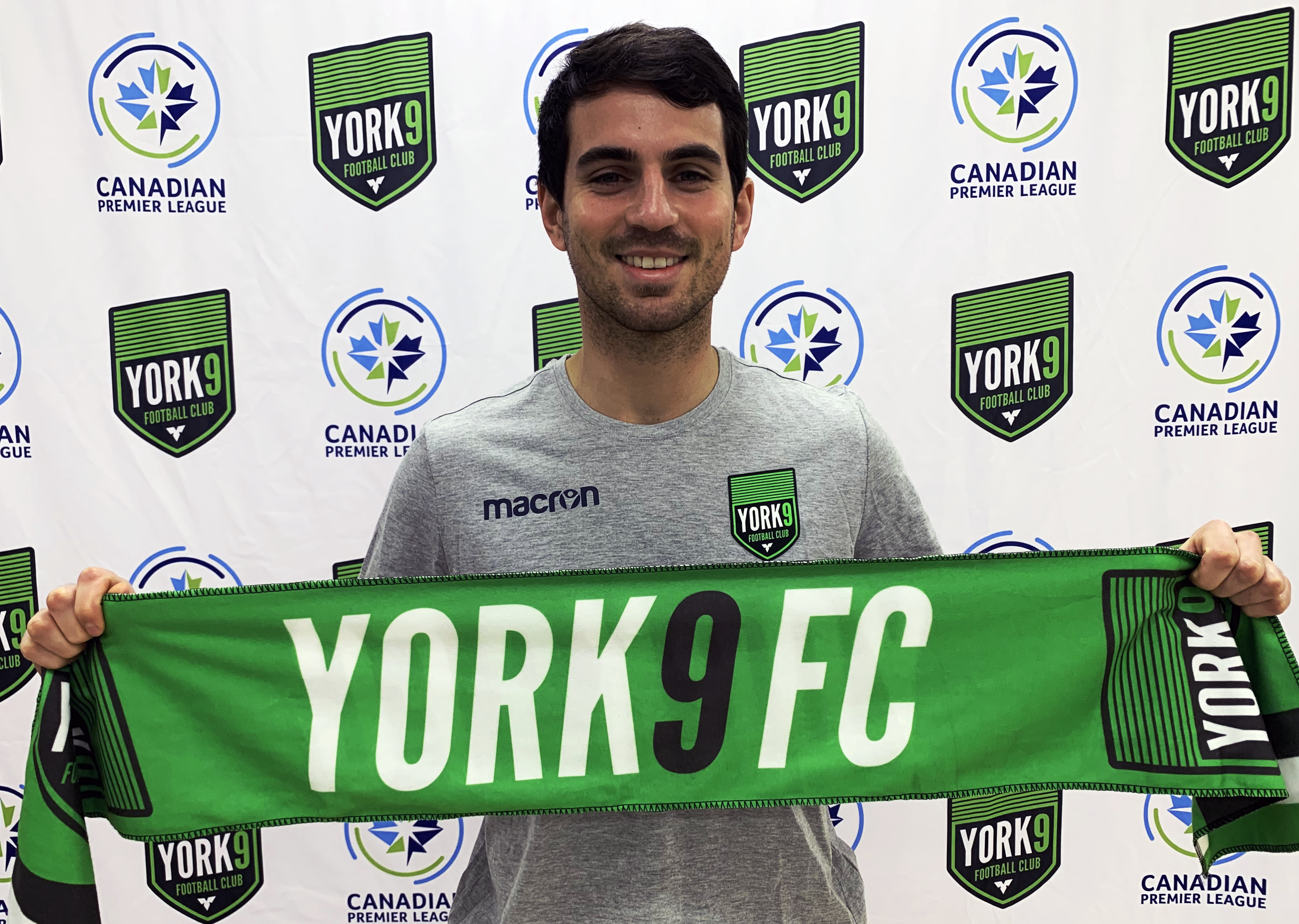 TORONTO – York9 FC announced Monday the club has signed defender Roger Thompson and midfielder Joseph Di Chiara, bringing back a pair of Canadian talents from Europe ahead of the CPL’s inaugural 2019 season.

Thompson, 27, was born in Jamaica but moved to Brampton, ON as a child. He last played for Ljungskile SK in Sweden, and has also featured for clubs in Germany and Finland.

“He is a player we’d been watching for some time,” York9 FC head coach Jimmy Brennan said of Thompson.

“We know him very well. He’s a local guy that’s gotten a ton of experience playing in Europe.

“We want a big presence at the back who can command the back line and control the game in front of him. He’s also good with his feet for a big guy, so that’s the presence we were looking for. He’s going to be a huge asset for us.”

Di Chiara, 26, is even more familiar to fans in York Region, having played in League1 Ontario with Vaughan Azzurri – where he was named a League1 Ontario First Team All-Star in both 2016 and 2017 – and Unionville-Milliken, before making a move to Lithuanian outfit FK Jonava in 2018. He has also played in Kazakhstan with Okzhetpes in 2015.

“He’s got great experience and he’s a good leader on and off the field,” Brennan said of Di Chiara.

“That’s the type of individual we’re looking for in our midfield. We expect big things from Joe this year.”

The two return to Canada with ambitions of developing both their own game, and the league as a whole. Thompson says he was excited “right away” when he heard about the opportunity to play in the CPL, and was “trying to find out what the teams were and if there was a team in the area” of his hometown.

After speaking with York9 FC assistant coach Carmine Isacco, Thompson confirmed his interest in a return.

Meanwhile, Di Chiara returns just in time to see the pathway to professional soccer finally come to fruition in his hometown, an opportunity he said he didn’t have growing up.

“One thing I’ve always said is that we’ve had great Canadian youth players come up, but when they get to 16, 17 they have nowhere to play,” Di Charia said. “So they stop or try to find different path elsewhere.

“But now, with a new league, the competitiveness and intensity they have from such a young age will help propel themselves forward.”