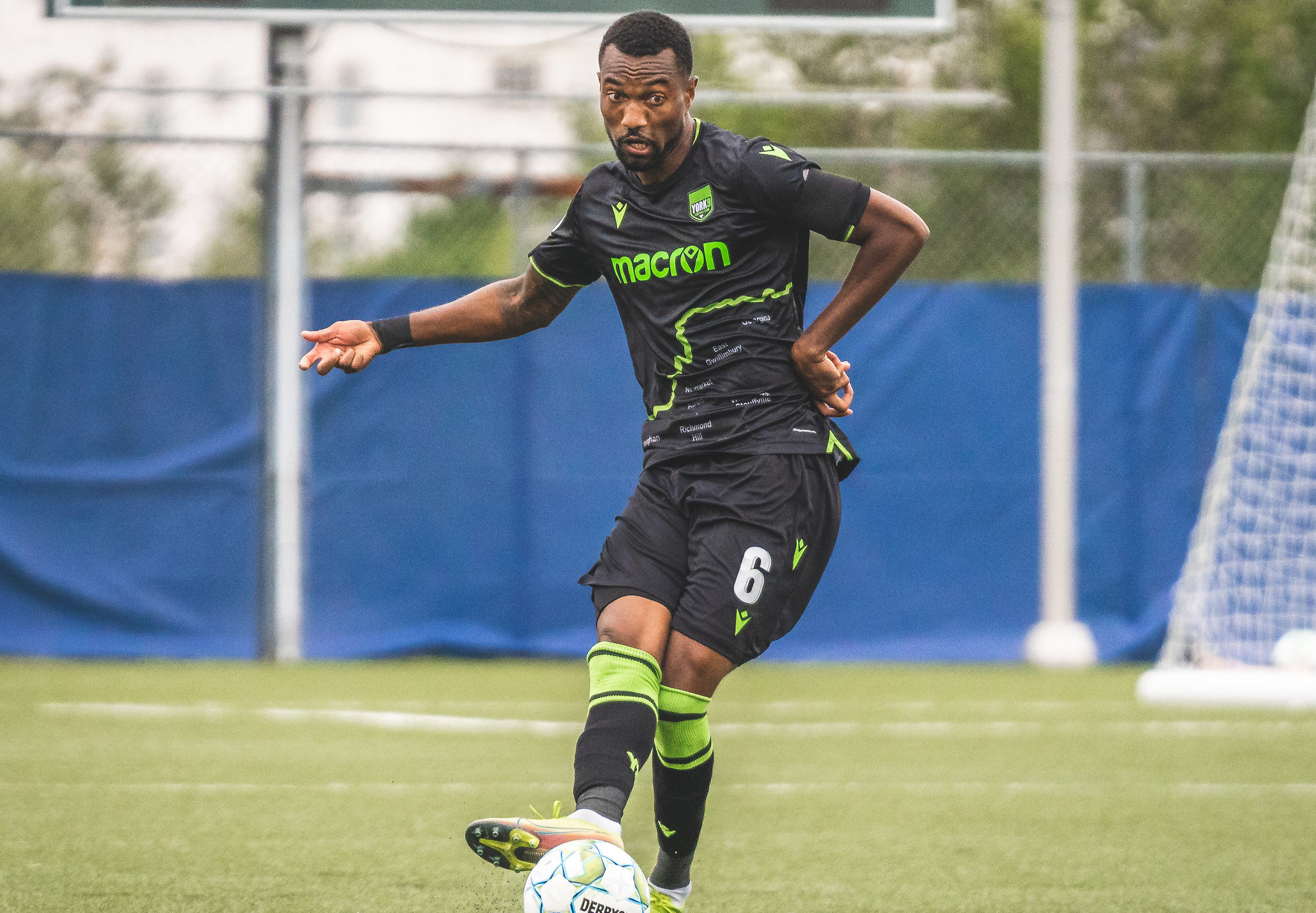 There have been a lot of changes to York9 FC’s roster this off-season.

At the same time, Y9 has brought in a host of new players, including former Cavalry FC goalkeeper Niko Giantsopoulos, Brazilian youngster William Wallace, and the N’sa brothers, Felix and Chrisnovic.

One of the few mainstays who has been with York9 from the start of its CPL journey and who will continue to be around for the foreseeable future is Roger Thompson. Y9 confirmed on Thursday that it has signed the veteran defender to a multi-year contract extension through 2022, with a club option for another season.

The re-signing of Thompson, 28, also means the number of players from 2020 set to return next year for Y9 now stands at 10, a list that also includes Álvaro Rivero, Nicholas Hamilton and Michael Petrasso.

Overall, Thompson is the 20th player to be signed by Y9 for the 2021 CPL season.

York9 FC managing consultant Angus McNab cited Thompson’s “presence on and off the field” among the reasons for re-signing him.

“His performances were excellent this year and I’m delighted he has committed to the club on a multi-year deal. He believes in what we are trying to do here and has told me how excited he is to play with some of the young talent we are assembling,” McNab said in a media release

“I look at someone like Chrisnovic (N’sa) and see how great it will be for his development to have a mentor like Rog within the squad.”

Prior to arriving at York9 ion 2019, Thompson played for clubs in Finland, Germany and Sweden.

“I left Sweden two years ago to come to York and play in front of my family and that’s what’s most important to me right now. Last season was very disappointing for the team, considering the amount of quality we had on paper. We lost some good players like Luca (Gasparotto), who I’ll especially miss playing with, but I know next season is a new chapter for the club,” Thompson said.

“I’m at the point in my career where I’m ready to take on the challenge and I’m here to help lead the team and do the best I can to win every game. I’m looking forward to next season and playing with some of the exciting players we’ve brought in, like Jordan Wilson, Nicholas Hamilton and Chrisnovic N’sa.”

Thompson spent most of the 2019 season for York9 out injured before returning to accumulate 801 minutes across 10 appearances in the backline.

From Brampton, Ont., by way of Jamaica, the two-footed, six-foot-three centre-back played every minute (630 in total) of York9’s seven-game run at this summer’s Island Games in PEI.

Thompson was also involved in one the scariest moments of The Island Games.

In the 12th minute of York9’s final first-round match, Cavalry winger Oliver Minatel went down with an injury following a challenge for a 50/50 ball by Thompson. Minatel suffered a fractured tibia and fibula in his right leg, and missed the rest of the CPL season, but he expressed no ill feelings towards Thompson over the incident.