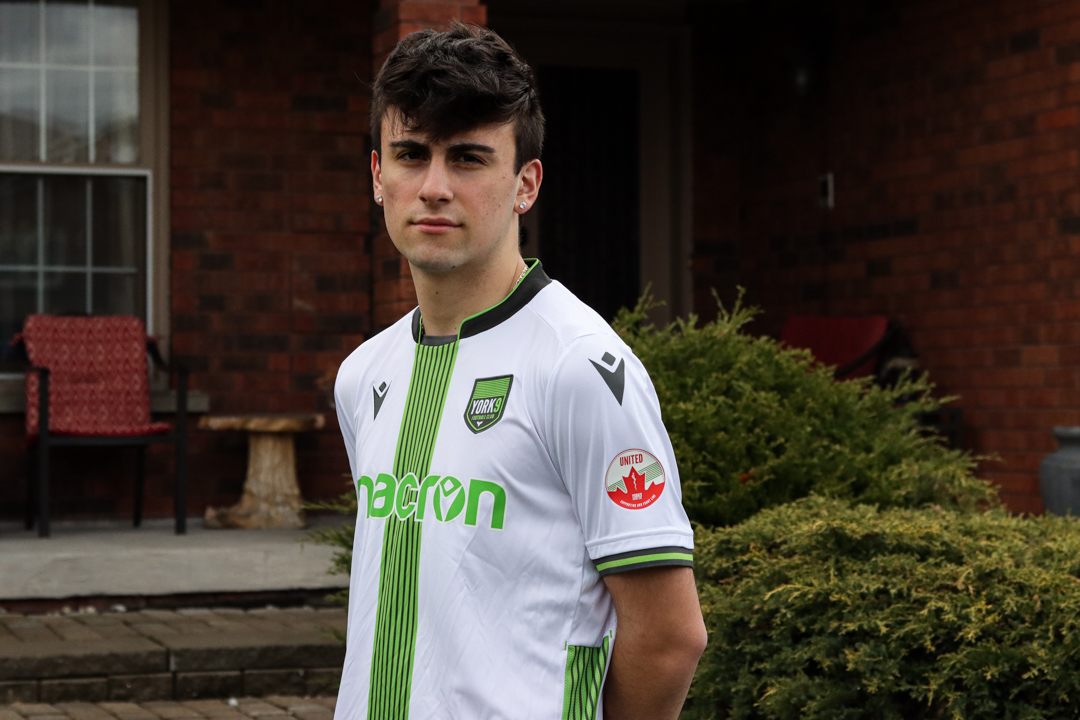 Fresh off completing the historic sale of Emilio Estevez, York9 FC injected some youth into its squad on Wednesday with the signing of Canadian under-17 international midfielder Julian Altobelli.

A 17-year-old native of Vaughan, Ont., Altobelli is the youngest-ever signing by Y9, and the third-youngest player on a Canadian Premier League roster for the 2020 season.

York9 and Altobellli agreed on terms that mean, if contract options are exercised, the midfielder will remain at the club through the end of the 2023 CPL campaign.

“It is an amazing feeling to sign my first professional contract. (York Lions Stadium) is a few minutes from my house so starting my pro journey with my local club is something special,” Altobelli said.

Altobeli spent the past several years with Toronto FC’s youth academy, and also featured prominently for Canada at the 2019 Concacaf U-17 Championship, helping the Reds reach the semifinals and qualify for the FIFA U-17 World Cup. Altobelli made one appearance at last year’s U-17 World Cup in Brazil as Canada bowed out in the group stage.

York9 FC managing consultant Angus McNab believes the signing of Altobelli is a major coup for the club and the CPL as a whole.

“He was with the TFC academy, and he’s chosen to sign his first pro contract with us instead of staying (with the MLS side), so it’s a big one, and another big moment for the league. … We were able to convince him that the CPL is the right place for him to develop his career,” McNab told CanPL.ca.

McNab described Altobelli as a player who “has the ability to see the entire field” and is more of “a European-type attacking midfielder.”

“I honestly think that Julian could be another player who eventually goes overseas, the same way Emilio has,” McNab offered.

The signing of Altobelli comes one day after York9 announced the sale of midfielder Emilio Estevez to Dutch Eredivisie club ADO Den Haag, making Estevez the first CPL player to be sold to a European topflight outfit.

Aside from adding depth to York9’s midfield, Altobelli will also help the club fulfill its U-21 requirements for the 2020 season.

Just like in the league’s inaugural season, CPL teams are required to have at least three young Canadian players (under-21s) on their roster combine for at least 1,000 minutes played this season – although, whether that total will be pro-rated for a potentially shortened campaign due to the COVID-19 pandemic remains to be seen.

Altobelli is the third under-21 player signed by York9 this off-season, following fellow Canadians Max Ferrari and Ijah Halley.

“We like guys who aren’t just one-year wonders that fulfill under-21 requirements, but can come in and be with the team for multiple years and really develop,” McNab said.

“I think this move gives us a very, very strong core of under-21 players who are ready to come into our environment and contribute straight away.”

The addition of Altobelli means York has 22 players under contract for the 2020 CPL season.

But McNab hinted that more recruits are on the way, telling CanPL.ca earlier this week that “there’s already an offer out there that I hope we can get concluded, and everyone will be absolutely delighted with it. We’ll have some more news on signings this week (Altobelli) and hopefully next week to round out the roster. I think people will be pleased.”