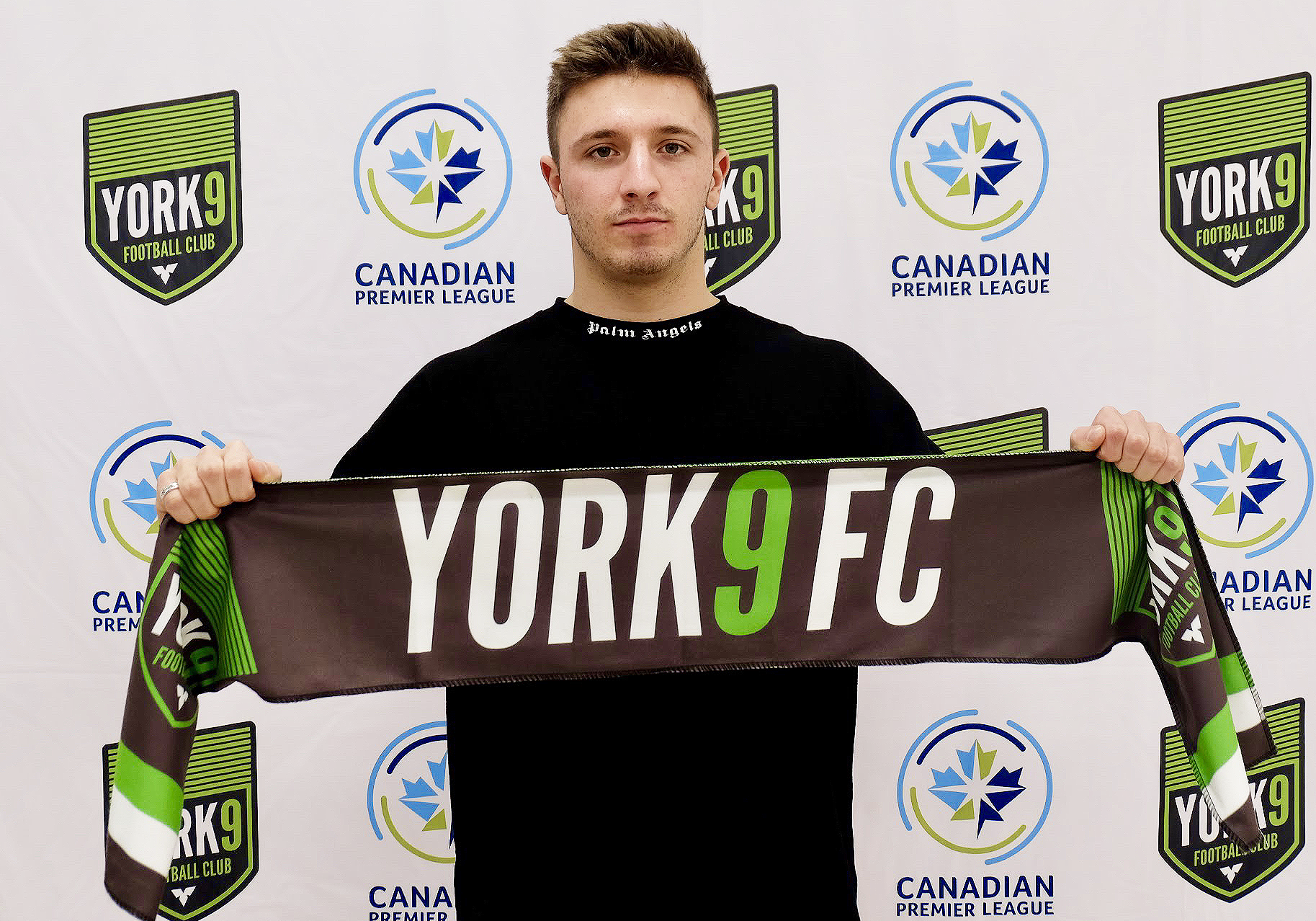 TORONTO — York9 Football Club is pleased to announce the signing of defender Steven Furlano, bringing the Barrie native to the Canadian Premier League.

The TFC Academy product said he’s excited to join a Canadian first division, especially one so close to his hometown.

“Coming from Barrie I always drove down to York Region to play, including when I played for the provincial team, so being part of York Region was just a massive part of my development growing up,” Furlano said. “Before, the only way you could get noticed was go to USL or overseas, but now that we have something in our own backyard it’s a massive opportunity.”

The 20-year-old is no stranger to professional crowds and atmospheres, having made his first USL start in 2016 in front of a sold-out FC Cincinnati crowd.

“With 20,000 super loud fans, you couldn’t even hear yourself think,” Furlano said.

Director of Soccer and Head Coach Jimmy Brennan had plenty of praise for Furlano.

“We’ve watched him for a while as he’s played here in the region,” Brennan said. “He’s explosive and he likes to get forward with his great touch. For a young player like him it’s about getting him into a pro environment where he can test himself and grow as a player.

“He’s going to be a big asset for us and one the fans are going to enjoy watching.”