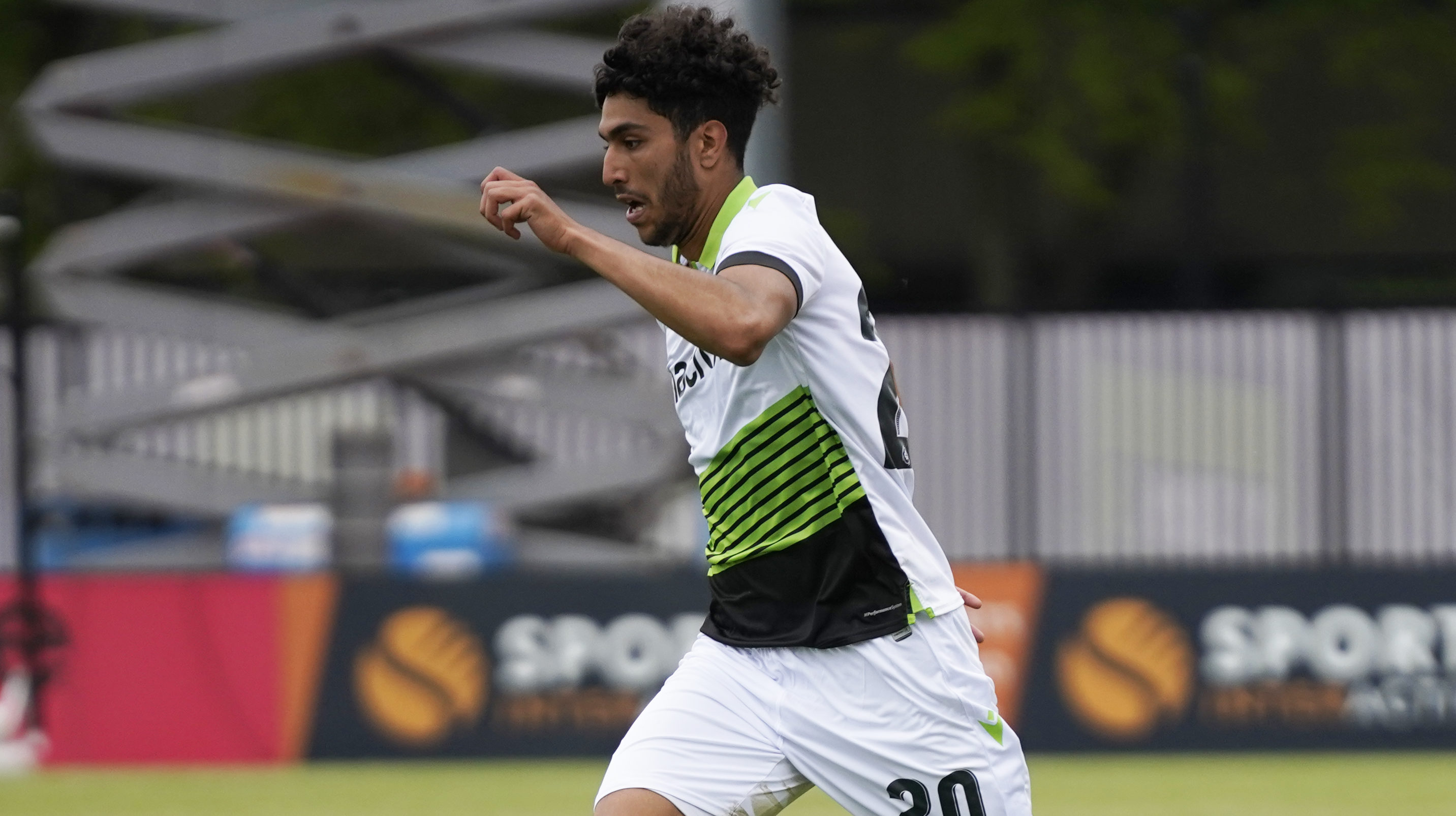 York9 FC announced on Wednesday that they’ve signed fullback Diyaeddine Abzi to a contract extension through at least the 2022 Canadian Premier League campaign.

Abzi emerged as a key fixture in York9’s backline last season, making 30 appearances across all competitions as a 20-year old on his first pro contract. His breakout campaign resulted in Abzi earning a nomination for the CPL’s Under-21 Canadian Player of the Year last November.

Having come to York9 from PLSQ side AS Blainville, the Québecois left fullback was a wide threat all year long for the Nine Stripes, as well as a solid defender in one-on-one situations.

He scored one goal for the club, in an October fixture against Forge FC, and he added four assists throughout the year.

“He’s got bags of potential, lots of energy, good size, can get up and down the line,” Brennan told CanPL.ca midway through the 2019 CPL season.

Abzi’s strong play in 2019 also earned him a nod to Canada Soccer’s provisional 50-man squad for the Olympic qualifying competition, although with the late-March tournament cancelled due to the COVID-19 pandemic  it was never announced whether he’d made the final roster.

“This club has meant so much to my development,” Abzi said. “This is my first pro club and I’ve come so far since I started, and I know the coaching staff see that as well. I’m really excited to be staying here and keep getting better.”

“We are delighted to announce the contract extension for another young, talented Canadian player who has been given an opportunity to flourish with the formation of the Canadian Premier League,” York9 managing consultant Angus McNab added.

“Diyaeddine established himself as a first-team regular in 2019, and we feel that this deal gives him some stability and us the best left back in the CPL for multiple seasons to come.”

Abzi and his fullback partner Morey Doner have now both prolonged their stay at York Lions Stadium, with the latter having signed an extension through 2021 last week.