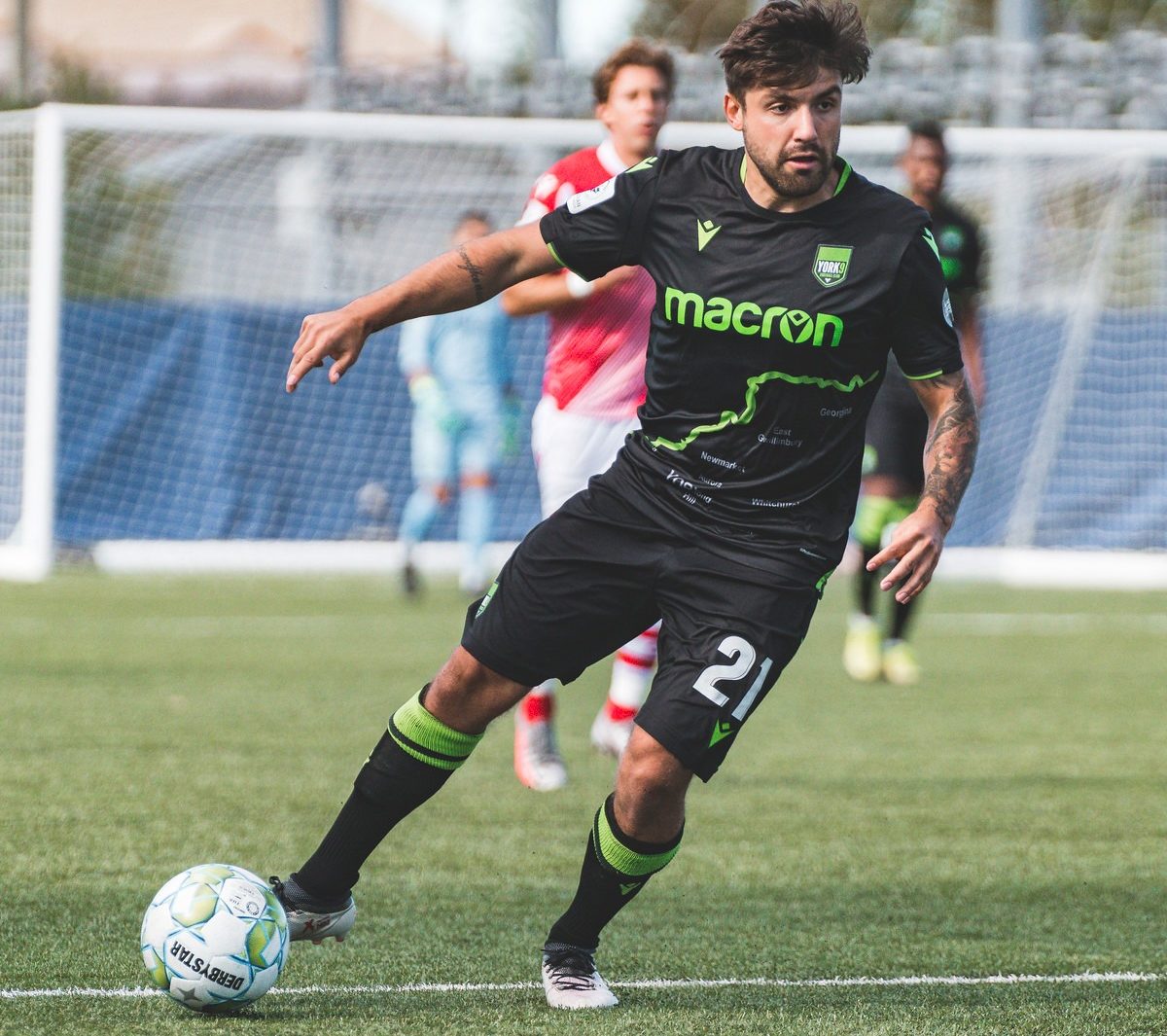 Michael Petrasso is going back to London.

York9 FC announced on Monday that the Canadian winger will join Barnet FC on loan until the end of their 2020-21 season. Barnet competes in the National League, England’s fifth division.

Petrasso, who re-signed with York9 just last week, returns to the city and country where his professional career began as a result of this loan deal.

The 25-year-old came through the English Championship side Queens Park Rangers at youth level before going out on loan with several League One teams, including London-based side Leyton Orient.

“I’m really happy that York9 has been so flexible and allowed me to take up this opportunity at Barnet,” Petrasso said in a media release.

“I had a really disappointing (2020 CPL season) with injury and the chance to go play some games is exactly what I need. It’s a bit strange as I’m excited by both opportunities.

“I loved my previous time in England with QPR so to get back across is great. But I also can’t wait to come back to Canada for the 2021 CPL season and show my true potential, as York9 fans certainly haven’t seen that from me yet.”

Petrasso didn’t factor into York9’s 2020 CPL campaign in PEI as much as he would’ve hoped. Injuries limited him to just three appearances before the Nine Stripes failed to qualify for the second round of The Island Games.

Although he didn’t play much, Petrasso did show promising signs in Prince Edward Island, finishing with a pass success rate of 84.2 per cent and five shots in his 130 minutes of work.

In 2019, the native of Woodbridge, Ont. played 18 games for Valour FC, scoring six goals, before leaving Winnipeg to join his hometown club in the off-season.

We are delighted to welcome Canadian International winger Michael Petrasso to the #Bees, as he completes a loan switch from Canadian Premier League side @York9FC 🇨🇦#BarnetFC 🐝

“Ultimately, we need a fully fit Michael Petrasso and getting full-time training and regular minutes is what he needs,” York9 managing consultant Angus McNab said.

“A fully fit Michael Petrasso playing to his potential will lead to discussions about a return to the Canadian men’s national team. He needs games and a full-time environment to get back to that. Barnet has been a pleasure to deal with as we’ve arranged this opportunity and they’re sure to take great care of him.”

Petrasso has nine caps for the Canadian men’s team, having made his senior debut in 2016 against Azerbaijan.

Barnet, who kicked off their National League campaign last week, finished sixth last season and qualified for the promotion playoffs only to drop out in the semifinals.

Barnet will be in action on Tuesday when they face Dagenham & Redbridge. The National League season runs until May 29.