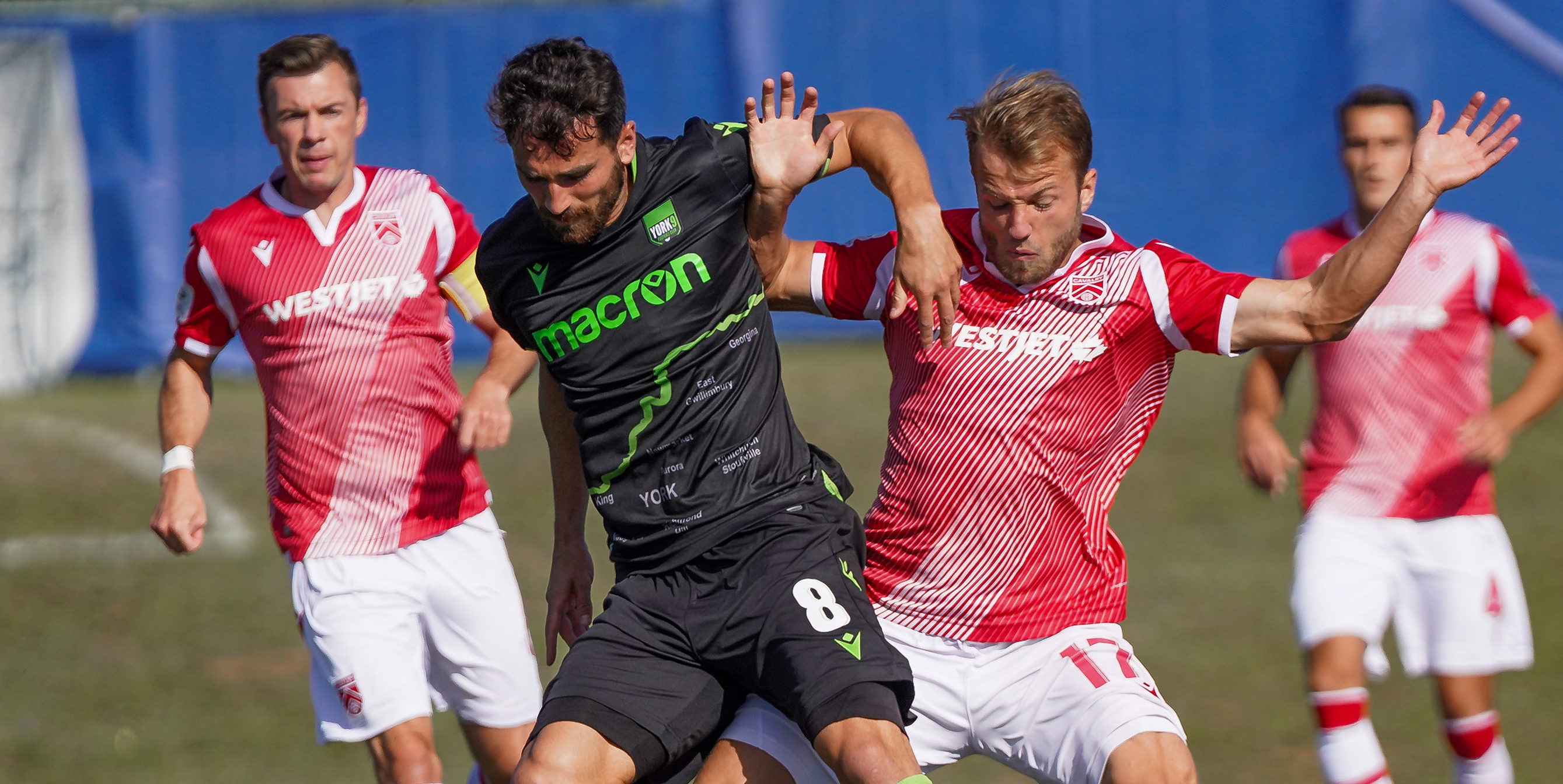 York9 FC player unveiled the status of a number of its players for the 2021 CPL season on Wednesday, announcing a crop of returnees and several high-profile players who are either out of contract or have left the club.

Also, defender Fugo Segawa is on a club option for 2021.

“We continue to have discussions with a number of players who are out of contract and there are guys there that we would like to retain,” McNab stated. “I’m sure there will be announcements regarding a number of these guys in the coming weeks.”

As for the released players, McNab suggested that every case is different, starting with Lopez who was unable to join the club for The Island Games due to restrictions around the COVID-19 pandemic.

“Brian Lopez had an unbelievably tough situation, Gabriel (Vasconcellos) is a great human and a phenomenal addition for his next club and for Zeke it’s not the correct thing for his football development. Zeke needs to play games and we can’t offer that. He’ll stay close to the squad but won’t be on the initial roster for 2021,” McNab said.

York9 disappointed at The Island Games, finishing with a 2-4-1 record and failing to make the tournament’s second round. The team scored just eight goals across seven matches, most of which coming from set pieces.