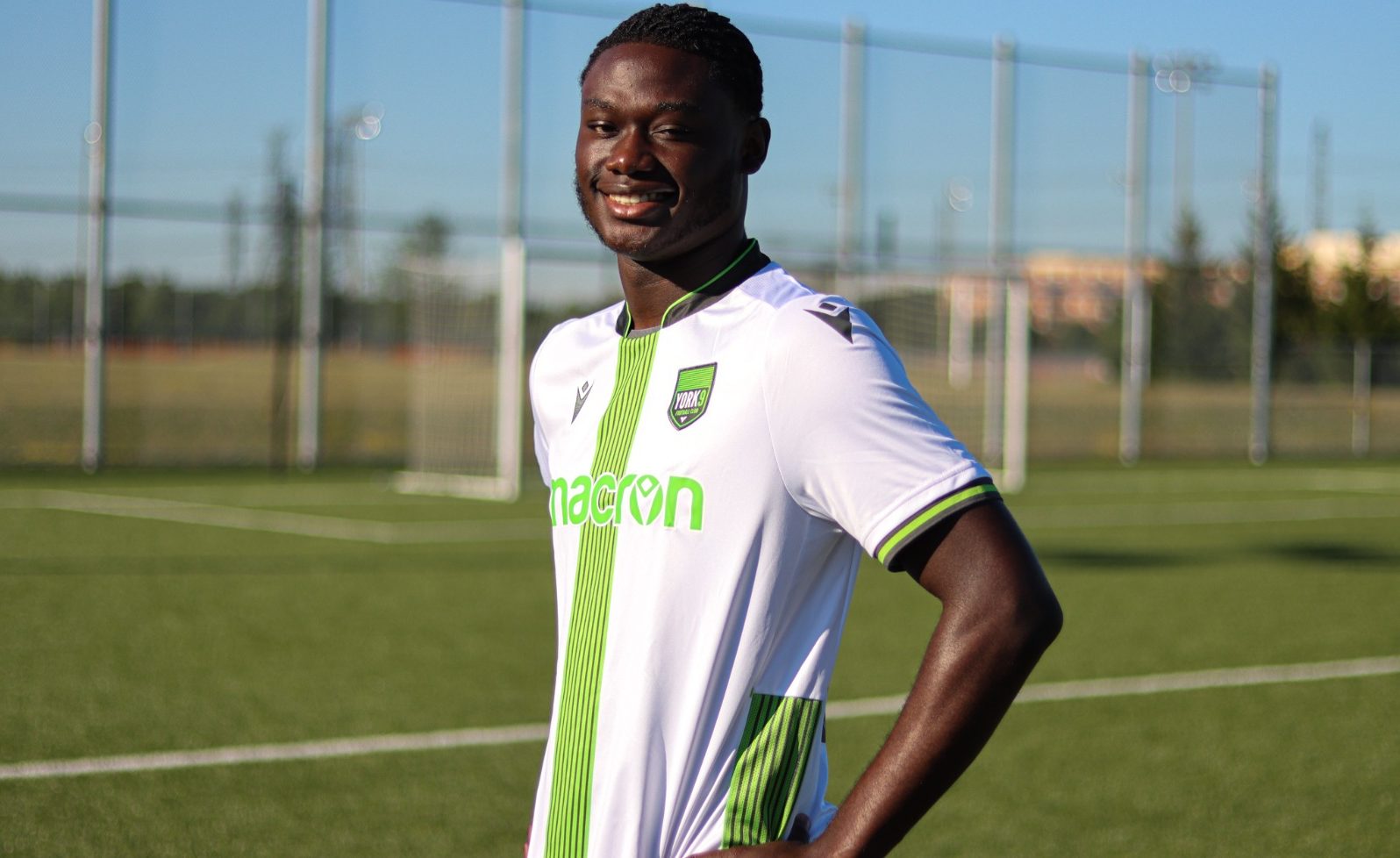 York9 FC announced on Tuesday the signing of Canadian forward Lowell Wright to a club-record deal, inking the 16-year-old native of Brampton, Ont., to a four-year contract.

“We really believe in Lowell and are investing in him.  This is the longest contract the club has ever offered a player and with the club options could run until the end of 2024,” York9 managing consultant Angus McNab said.

McNab added: “Lowell has trained with the squad and been on (our recruitment) radar for a while.”

Wright has spent time with the TFC Academy, Sigma FC, and Woodbridge Strikers. Most recently, the forward represented Woodbridge in the tail end of the League1 Ontario’s 2019 season, scoring once in four games.

“I’m excited to get to work with the coaching staff and the rest of the team,” Wright said. “This is a great opportunity and I plan on repaying the club’s faith in me with hard work and a strong commitment to the club’s plans.”

Y9 also announced that Argentinian midfielder Brian López, who signed with the club in March, won’t be a part of its 23-man roster in 2020.

Lopez, 20, is a former academy prospect at Racing Club, one of Argentina’s biggest clubs, and was most recently on trial with MLS side Colorado Rapids. He has been unable to enter Canada due to COVID-19 travel restrictions. McNab told CanPL.ca that York9 is attempting to send Lopez out on loan for this year.

“We had been discussing offering Lowell a contract to start in January but the challenges we have faced with our international signings means Brian Lopez will not be in our 23-man roster,” McNab explained. “This means we can take the opportunity to bring Lowell into the squad six months early and gives him a phenomenal development opportunity.”