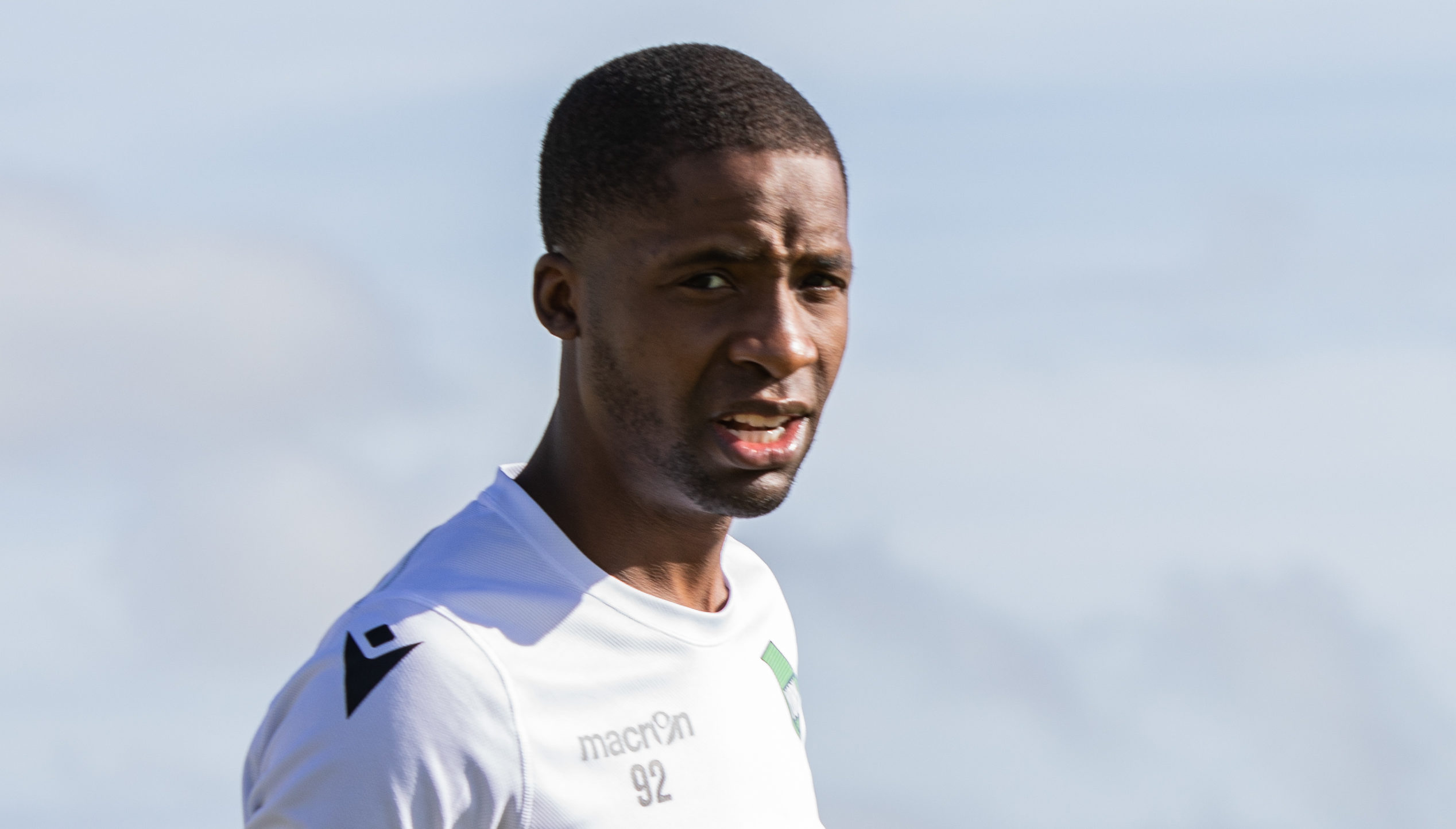 YORK REGION – Few players in the Canadian Premier League are as well-travelled as Michael Cox.

Finland, Portugal, the southern United States, even Asia – he’s seen his fair share of soccer in its many forms.

Now? The imposing striker is back home in Canada with York9 FC.

Cox, a Calgary native, is one of a handful of former York University players who’ll suit up for York9 this season. His familiarity with teammates like Daniel Gogarty and Colm Vance, as well as assistant coach Carmine Isacco, is part of the reason he chose York Region over any other CPL club.

A little familiarity might be exactly what Cox needs at the moment. Since he set off from FC Edmonton in 2014 to ply his trade in Europe, his career has been turbulent, to say the least.

In his time abroad, Cox spent time playing for Kuopio Futis-98 and Kuopion Palloseura in Finland before brief training stints in France and Portugal, all of which ultimately fizzled out. At that point, Cox weighed his options.

“I just really wanted to come back home and regroup,” Cox told CanPL.ca.

“I was a bit younger … and I learned a lot of things I didn’t expect.”

With that in mind, Cox gave the game of soccer one more shot – in Asia. Sadly, that was no success story either, as an injury brought an end to his international aspirations for the time being.

“I take some positive, and a few not-so-positive things from (that experience),” Cox offered.

“But I think it had to happen for me to keep going as a player.”

Coming back to Canada ended up giving Cox the boost he needed. He was nothing short of dominant for the York University Lions in 2015, scoring 24 goals in 22 games en route to a resounding national championship. He was one of the best players in U SPORTS that season, terrorizing defences with his power and his skill with the ball at his feet.

“I decided to just go to York (University) and get some schooling in,” Cox explained. “After seeing how the game is in different places, nothing is guaranteed no matter how good you are. It doesn’t come down to just your talent alone.”

Cox was enticed away from Canada once more after just one season of college soccer, earning a contract with Orlando City B of the USL – affiliate squad to MLS’s Orlando City SC. The goals kept flooding in, as he snagged 13 in 45 appearances through two full seasons. Cox’s career was very much back on track, with advancement to Orlando’s first team on the cards for the future – until, once again, Cox was blindsided by uncontrollable circumstance.

After his second season with the reserve squad, Cox expected to join in with Orlando’s first team once he recovered from surgery. Rehab was frustratingly slow, though. Try as he might to get back to full fitness, Cox never managed to return to the level of his past few seasons before – in January 2018 – Orlando City unceremoniously scrapped their B team.

No players were retained, and so Cox was left in the cold again.

He bounced around USL a little after that, splitting 16 games (and three goals) in 2018 between Nashville SC and Saint Louis FC, but it was at that point that the CPL came calling.

Cox, one of the few players in the league to have seen a club start from scratch before (he was part of FC Edmonton’s inaugural outfit in 2010), is now happy to be back in Canada. He recognizes the value of playing in familiar territory, having experienced the ups and downs of life abroad.

“Being a Canadian player in a foreign country, things are against you,” Cox said. “It’s a different dynamic for a foreign player versus a local player. The pressure is different, the expectations are a bit different.”

“It’s good that Canada has its own league now that can be professional and competitive. It’s definitely something that I never had growing up.”