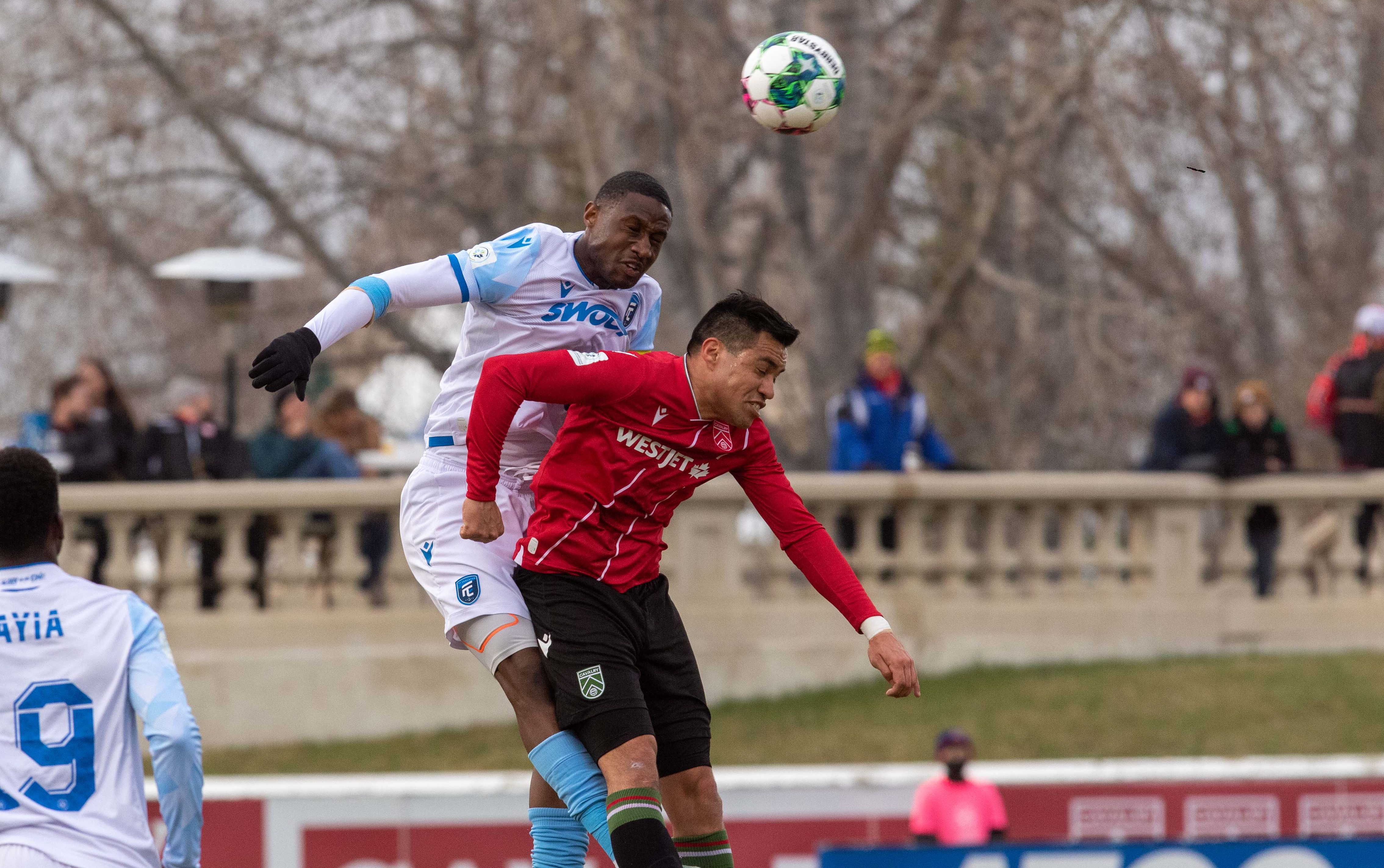 Cavalry FC knocked provincial rivals FC Edmonton out of the Canadian Championship for the second year in a row on Tuesday night, winning 2-1 thanks to a brace from New Zealand international Myer Bevan. Playing just four days after they squared off in Edmonton in Canadian Premier League action — a match won 3-0 by the visitors — it was again the Cavs who came away victorious.

The home side had the first good chance of the game in the 16th minute, as Myer Bevan played a dangerous pass across the penalty area. Jose Escalante got onto the end of it and put the ball on target with his first touch, but a scrambling Andreas Vaikla positioned himself nicely to make an impressive save and put the ball out for a corner. From the ensuing set piece, Ali Musse curled a cross into the box, and Bevan rose above everyone for a perfectly placed header to find the back of the net and give Cavalry the lead in the 17th minute.

FC Edmonton had their best chance of the half just after the 30 minute mark as Mamadi Camara got on the end of a fantastic free kick from Tobias Warschewski, redirecting the ball on goal from close range. Marco Carducci made a fantastic save, but it was all for naught in the end as the assistant referee raised the offside flag anyway.

Moments later at the other end of the pitch Cavalry doubled their lead from the penalty spot. After Escalante was fouled in the penalty area by Eddies right back T-Boy Fayia, Bevan stepped up and fired the ball into the bottom right corner. Vaikla dived the right way, but wasn’t able to keep the ball out of the back of the net.

Cavalry took a deserved 2-0 lead into halftime, moving 45 minutes closer to the quarterfinals.

FC Edmonton were awarded a penalty of their own ten minutes after halftime, as new Cavs left back Bradley Vliet stepped on Fayia’s foot. Tobias Warschewski stepped up and buried his shot into the bottom left corner, sending Carducci the wrong way. The goal brought the visitors back within one, and immediately upped the tempo.

FC Edmonton sent wave after wave of attackers at the Cavalry backline, putting a sustained pressure on them as the visitors looked for an equalizer. The majority of their shots, and entries into the final third of the pitch came in the second half, but despite their best efforts, were unable to find the back of the net a second time.

Cavalry held on for a 2-1 victory in front of their home fans, and earned themselves a spot in the quarterfinals as a result. They’ll host the winner of Wednesday’s game between the Vancouver Whitecaps and Valour FC.