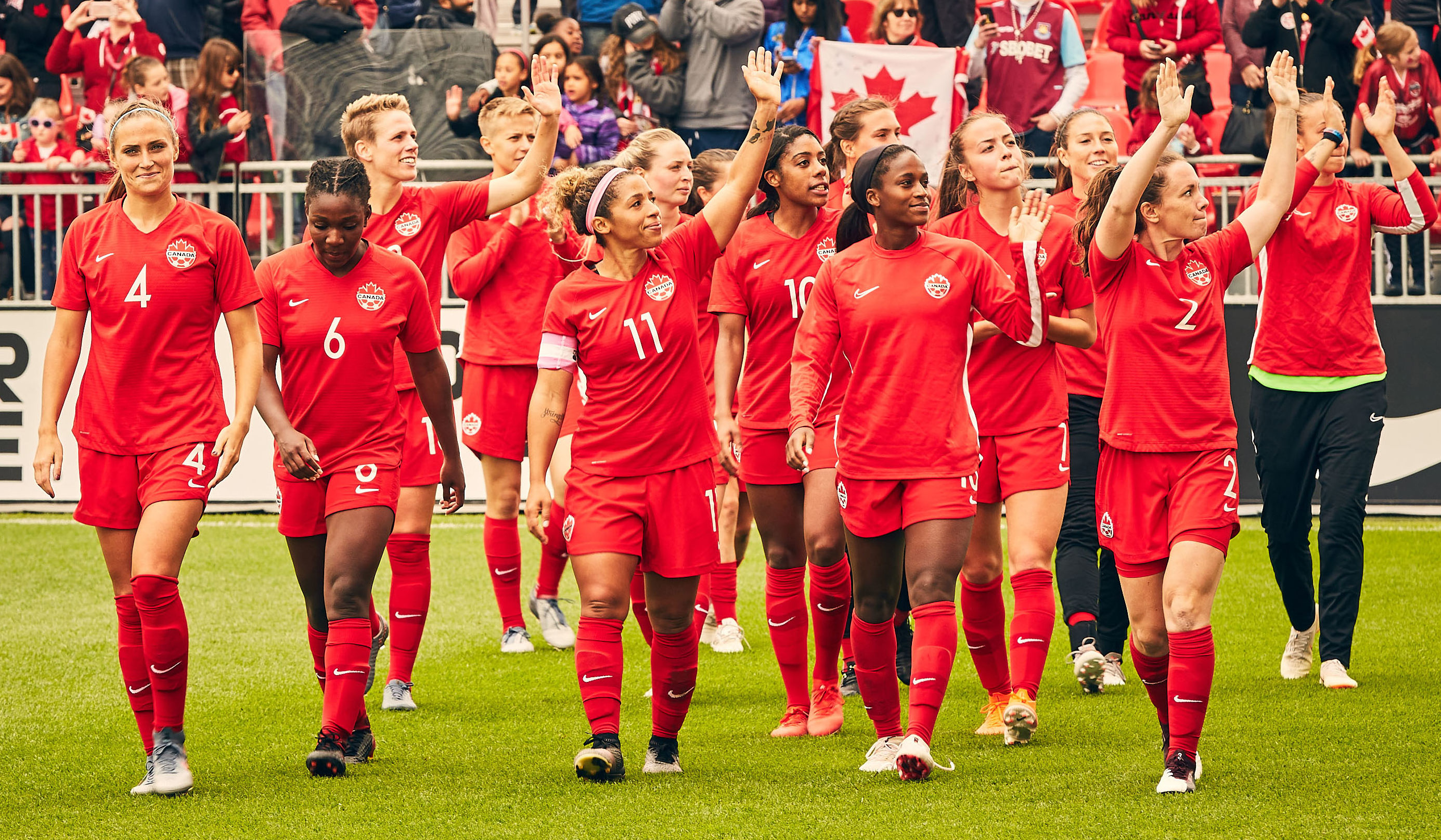 The 2019 FIFA Women’s World Cup has kicked off in France, with Canada gearing up for their first match on Monday, June 10 in what will likely be iconic captain Christine Sinclair’s final chance to capture the game’s most coveted prize.

With 24 teams playing 52 matches in nine different cities across the north and south of France, Canada’s World Cup journey begins in Group E, drawn alongside Cameroon, New Zealand, and the Netherlands. Here’s a look at each of Canada’s first three opponents:

Canada will take on Cameroon for the very first time in World Cup action, and as such, this unknown opponent presents the first real test for Kenneth Heiner-Moller’s side.

Cameroon qualified for the 2019 Women’s World Cup after defeating Congo 10-0 on aggregate over two legs (5-0 each) in the 2018 Africa Women Cup of Nations qualification tournament, with goals coming from six different players. Striker Gabrielle Onguene led her team with three goals, and will serve as the primary threat to Canada’s backline, though 26-year-old forward Gaelle Enganamouit is also worth keeping tabs on – she led Cameroon in scoring during the last World Cup, with three.

But Cameroon’s real strength is its backline, which features experienced players like Claudine Meffomet, Christine Manie, Aurelle Awona, and Yvonne Leuko, in front of 35-year-old goalkeeper Annette Ngo Ndom, who has 44 caps for her national team. Breaking down Cameroon’s physical, resilient defensive line will be key to success for Canada in this opening match.

Canada next faces a pair of familiar World Cup foes, having been drawn into a group once again with New Zealand and the Netherlands, just as they had in 2015. As such, this match presents an opportunity for Canada to finally get the better of the Kiwis, who held Sinclair and co. to a scoreless draw last time around.

New Zealand easily qualified for the tournament in France on the back of a pair of 8-0 wins over New Caledonia and Fiji in Oceania qualifying, and you can expect goalkeeper Erin Nayler to give Canada an equally hard time as she looks to preserve her clean sheet once again.

Other players worth watching? Centreback Abby Erceg and leftback Ali Riley are the stars in the Kiwis’ impressive backline, anchored in midfield by Ria Percival, and there’s plenty of firepower up top, too, as experienced attackers Sarah Gregorius, Rosie White, and Hannah Wilkinson each deliver a goal every three games or so, over the course of around 100 matches apiece.

There’s no taking New Zealand lightly for Canada, who will need to turn this tilt in their favour on the back of a renewed attack.

Another familiar World Cup foe, the Netherlands qualified for the 2019 World Cup by topping the list of second-placed finishers in the group stage of UEFA qualifying, then defeating Denmark and Switzerland by a pair of 4-1 aggregate scorelines to top the play-off round. So, Canada is presented with a team that knows what it takes to survive and advance in knockout competition.

The Netherlands owe quite a bit to Vivianne Miedema and Sherida Spitse for that berth, with the two scoring seven and six goals apiece in qualifying – a particularly impressive feat for the latter, who is a central midfielder by trade.

And while Miedema, the Arsenal striker who has 57 goals in 74 international appearances, will be Canada’s chief threat, her club teammates Danielle van de Donk and Jill Roord are equally impressive in midfield. Expect fellow Arsenal teammate and goalkeeper Sari van Veenendaal to present something of an obstacle to Canada’s route to goal, too.

Of the three teams Canada faces in Group E, the Netherlands represents their fiercest battle – this match will likely be the decider if Canada hopes to top the group.